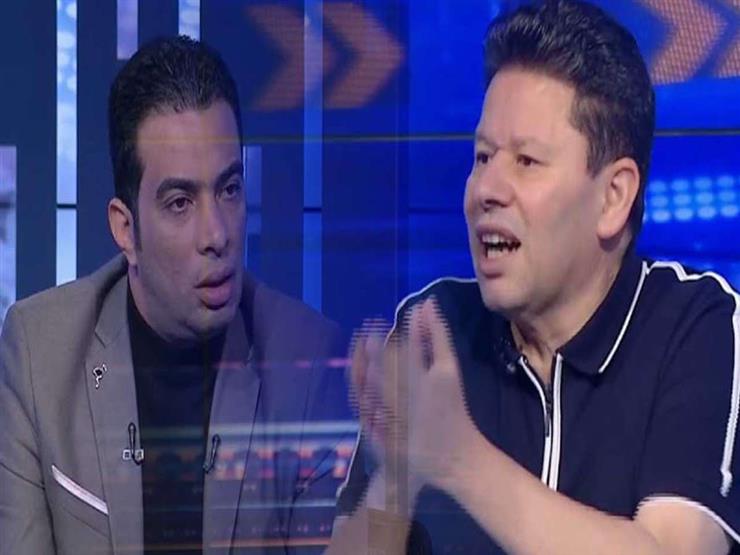 A heated argument erupted on the air between Reda Abdel Aal, the former star of Zamalek, and Shadi Mohamed, the former leader of Al-Ahly during the “Primo” program, which is broadcast on the “Ten” channel in the early hours of Sunday morning.

Shadi Muhammad made an intervention to object to statements made by Reda Abdel Aal in a previous episode, when he criticized Shadi Muhammad’s statements and described them as “drumming” for Al-Ahly, as he said: “Shadi Muhammad, the historical captain of Al-Ahly, where is his role in Al-Ahly Club?”

Shadi Muhammad told Reda Abdel-Aal, who was in the studio: “My defense of Al-Ahly is not a search for a position, but a affiliation with the club. The important position does not matter. The important position proves your principle and your respect for your club. We benefited from the club a lot and it is not permissible to attack it just because I am outside the club.”

Reda Abdel-Aal replied: “I said it’s all drums, the primo program is done for the dominant people, we know that you are Ahlawy, but your last episode angered a wide section of the masses, especially the fans of Zamalek, and this is not useful in the channel here, you want to say these words what he said on Al-Ahly channel.”

And Reda Abdel-Aal continued: “Where are you, after all this drumming from Al-Ahly Club?!, you will not work as long as Captain Mahmoud Al-Khatib is president of the club,” to which Shadi Mohamed responded angrily: “I am free and I do not want to work, if we talk on YouTube, I will pay 3 times the views of your videos.” “.