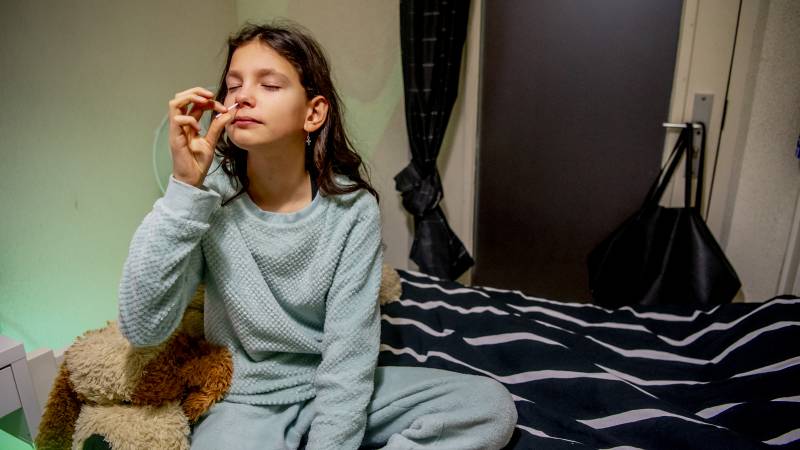 In the nose and in the throat, various experts want a more extensive self-test

‘The more places, the higher the chance of being caught’

Physician microbiologist and virologist Annemiek van der Eijk of Erasmus MC also advocates throat tests at home. She points out that variants of the virus can live in the throat and nose and that it is not yet possible to say exactly where the infection is located at what time.

Van der Eijk does not think it is necessary to wait for more research. “With a self-test you want to collect corona particles on the rod, whether they are taken from the nose or the throat.” The more places you test, the higher the chance of being caught, she says.

Medical molecular microbiologist Richard Molenkamp of Erasmus MC acknowledges that it is difficult that there is not yet much research data. “But there is certainly anecdotal data from people who got a different result with a throat swab. The chance of picking up the virus is simply greater if you swab in two locations.”

Van Ranst is now also arguing for double testing, even if that is not what the package leaflet says. “In times of crisis you don’t always have the luxury to base your policy on completed investigations,” he says. “If you do, you have one certainty and that is that you are too late to adapt.”

It is clear to the three experts: they would take the test on themselves both in the throat and nose. Molenkamp would prefer to use two self-tests: one for the throat and one for the nose. “Of course there needs to be more research. But I think it’s a matter of common sense. It can’t hurt, why shouldn’t I do it?”