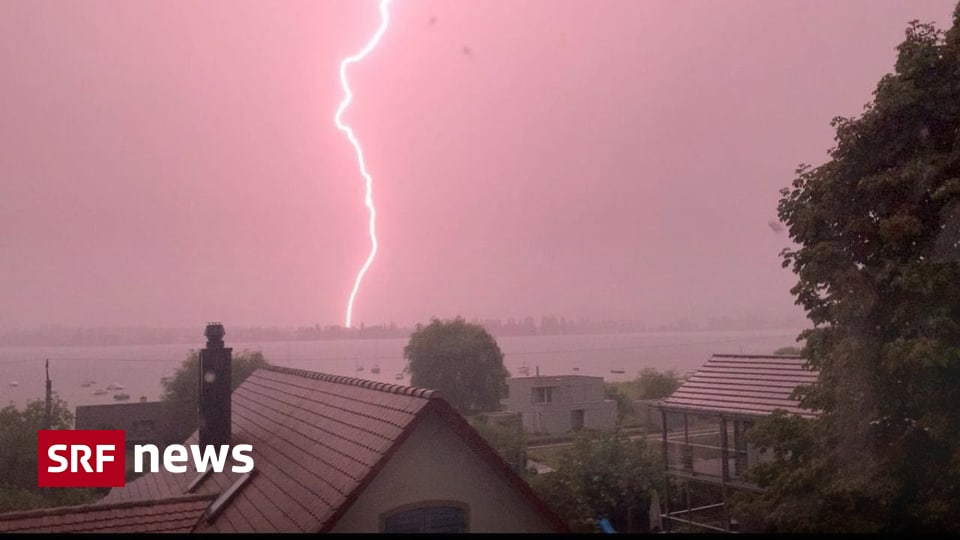 In the Mittelland – a storm front brought a lot of rain, hail and lightning – news

The front moved from southwest to northeast and reached Zurich around 8 p.m. Gusts of almost 70 kilometers per hour were measured at Zurich Airport. Weather services warned of the risk of flooding. Larger hailstones fell in many places during the evening, including in Bern, Basel and Zurich.

A so-called waterspout, a mini tornado, was observed over Lake Zug.

According to a count by SRF Meteo on Friday evening, more than 15,000 flashes of lightning flashed over Switzerland over the past 24 hours. It flashed the most in the canton of Zurich, namely around 4,400 times, around 2,400 times in Thurgau, in the canton of Bern and in Graubünden around 2,000 times each.

Previously, Friday had once again brought very high temperatures. It was the hottest in Stabio in southern Ticino, with over 36 degrees. Geneva brought it to over 35 degrees and Bern to 34 degrees.

Today the clouds are loosening up more and more. The sun often breaks through, especially in the west and south. In the Alps and in Ticino, there will be occasional downpours and thunderstorms in the afternoon and evening. In the north it is significantly less warm with 25 degrees and bise, while it stays hot at 32 degrees in the south.