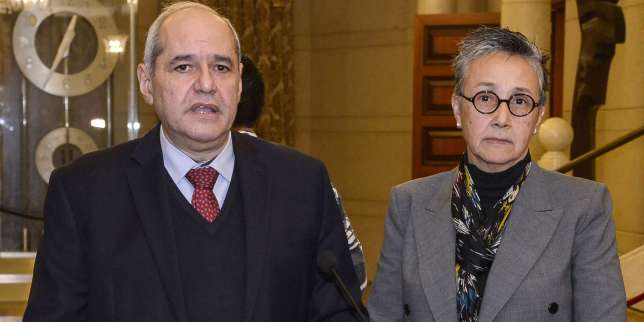 In the Lebanese Parliament, the sit-in of two deputies to demand the election of a president

Since January 19, i.e. five nights and five days, two deputies, Najat Saliba and Melhem Khalaf, have been camping in the deserted Lebanese Parliament compound, in rudimentary conditions, without electricity after 3 p.m., and with cold water for the toilet. About thirty deputies came to show their support, some take turns to bring them meals and spend the night with them.

Through this unprecedented – and somewhat daring – approach in Lebanon, the two elected officials want to shake up the codes of the political game, where each decision is the result of long negotiations between community parties to reach a consensus. They demand an end to the deadlock around the election of the president, a position that has remained vacant since the departure of General Michel Aoun at the end of October 2022.

“Today, the dollar is trading at 54,000 Lebanese pounds [contre 1 500 avant la crise]. This devaluation has serious consequences on all aspects of life and the economy. The people are suffering and there is no one to answer them. Lebanon has no government, president or parliament. The only duty of Parliament is to elect a president, but we are faced with a club of politicians who are waiting to share power on clientelist and communitarian criteria”, deplores MP Melhem Khalaf, on the phone from inside Parliament in Beirut. The press was not allowed to enter.

Almost master of the place after thirty years spent as President of Parliament, Nabih Berri has so far made no attempt to dislodge the two elected officials. The leader of the Shiite Amal party is not ready to give in to them: he will not convene a new meeting to elect a president until an agreement is reached behind the scenes.

“People do without [président]: in any case, the system has been governed outside political institutions since at least 2005”, Jamil Mouawad, political scientist

Since November, twelve meetings have been held without result. The majority camp, led by the Shiite Hezbollah movement and the Amal party, voted blank failing to convince its Christian partner, the Free Patriotic Movement of Gebran Bassil, to accept their candidate: Sleiman Frangié. Facing them, the opposition, which brings together the Lebanese Forces and Kataeb (Christians) and their Sunni allies, did not gather a sufficient majority to elect their favourite, Michel Moawad.

With only twelve deputies out of 129, the camp resulting from the « thawra » (the 2019 protest), from which Najat Saliba and Melhem Khalaf came, weighs little, especially since it is undermined by divisions. The group failed to agree on the name of a candidate. Some of its members vote for Michel Moawad. The two elected officials who occupy Parliament do not want to propose a name.

You have 39.45% of this article left to read. The following is for subscribers only.

you can read The world on one device at a time

This message will be displayed on the other device.

Your subscription does not allow reading this article