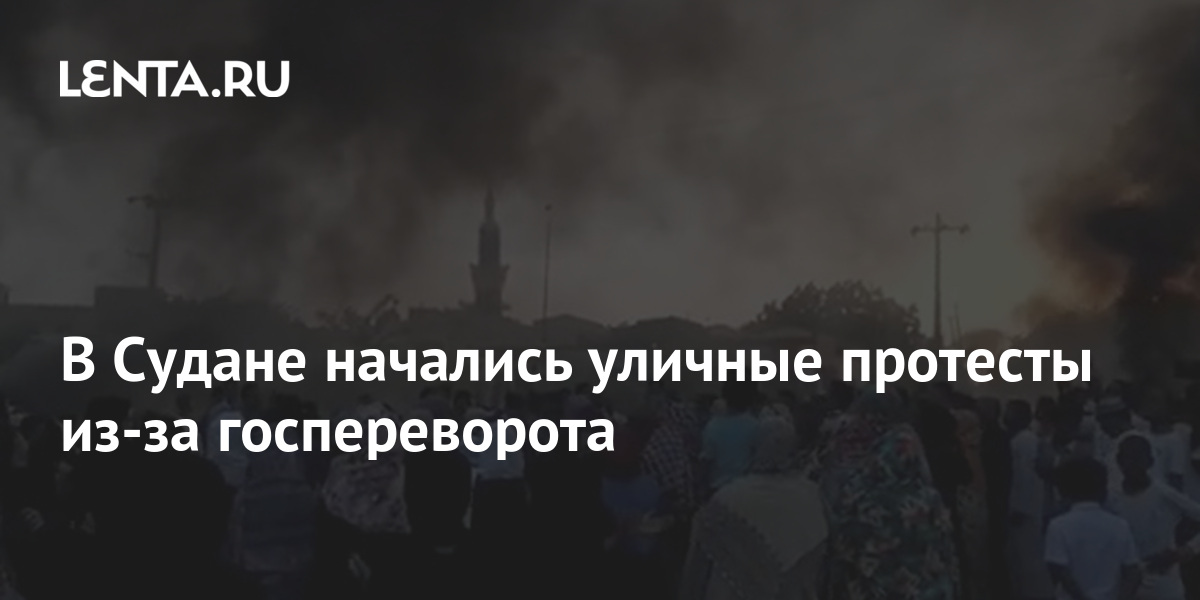 In Sudan, street protests began due to a coup: Politics: World: Lenta.ru

In the Sudanese capital Khartoum, local residents rallied amid an attempted coup d’etat by the military. Sudanese Prime Minister Abdala Hamdok – one of the politicians detained by the army – has called on citizens to come out to street protests. This was reported by RIA Novosti with reference to a local source.

The video, published by the agency, shows a crowd of people and burning barricades.

The Ministry of Information of Sudan has published data on the detention of ministers, in particular, it is reported that the military took them away in an unknown direction. Earlier in the day, it was reported that armed men had surrounded the home of Sudanese Prime Minister Hamduk. In addition to him, four ministers were detained – communications, information, finance and industry, as well as the governor of Khartoum Ayman Nimr and the representative of the Sovereign Council Muhammad al-Faki.

In 2019, a military coup took place in Sudan, during which President Omar al-Bashir was overthrown. Two branches of government have formed in the country: the military, represented by the head of the Sovereign Council, Abdel Fattah al-Burkhan, and the civilian, represented by Prime Minister Abdullah Hamduk. The parties agreed that a transitional period will be in effect in the country until November 2021. Sudanese Prime Minister Hamdok urged citizens to come out to street protests over coup

See also  Turkey is back in the top 3 of the most popular destinations: "A success reinforced by the absence of Russian customers"