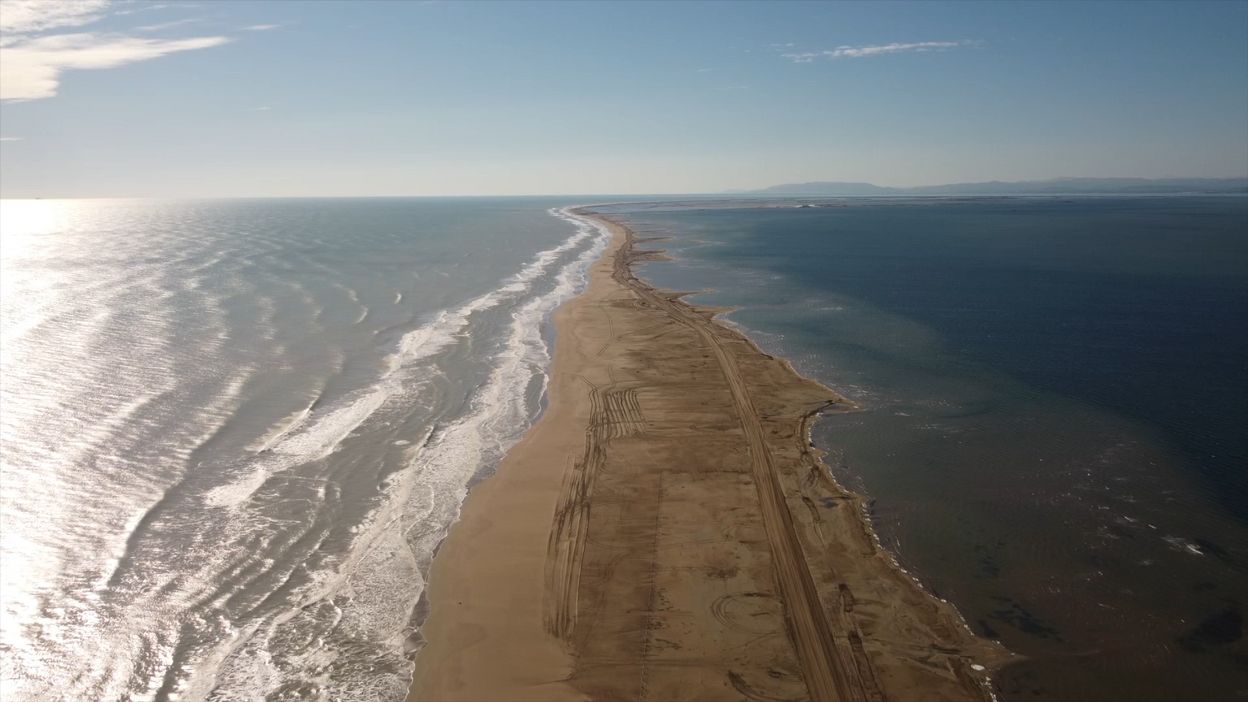 In Spain, the sea devours the Catalan coast

Under the pressure of climate change, Spanish beaches are shrinking. The situation is particularly critical in the Ebro Delta, on the border between Catalonia and the region of Valencia. The delta and its 320 square kilometers of marshes, rice fields, vegetation and sandbanks are threatened with extinction.

“It’s sad to lose this wonder“, regrets Gumersindo Gonzalez. A native of the region, the man has piloted a cruise ship for tourists for 30 years.

In five years, all the strip of land you see here will be gone.

He watches helplessly as the waters rise. “In five years, all the strip of land that you see here will be gone, simply because it recedes every day. You see this little house there: two years ago, it was 100 meters from the water. In a month, a month and a half, it will be washed away. “

The dark scenario of the disappearance of the Delta would be a disaster for the flora and fauna: the natural park hosts several hundred protected species, including many flamingos.

The rising water levels are combined with a sinking of the Delta: hydraulic dams slow down the arrival of sediments. Author of a report on coastal erosion, Carles Ibañez, director of Eurecat, the center on climate resilience is pessimistic. “The Ebro River, the largest in Spain, no longer brings the necessary sediment and sand into the delta. And with each storm, the sea carries away the scarce amounts of sand that remains.“

Trabucador beach is five kilometers long and only 200 meters wide… This long stretch of sand is often flooded with water and risks disappearing one day. “Sea level is rising four millimeters per year. And it is accelerating: it will soon be a centimeter each year. And that will not get better, even if we respect the Glasgow agreements of the COP26. I describe it all as a slow motion tsunami“, adds Carles Ibañez.

In Catalonia, the storms are increasing: Gloria ravaged the entire Catalan coast in January 2020 and left a bill of 75 million euros. These storms take entire stretches of beach with them. 60% of the coast is built: houses and buildings are therefore in danger and one day we will have to move the railway line that connects Barcelona to the Costa Brava.

Rising sea levels are therefore also a threat to the economy of a region which depends largely on summer tourism. In fifteen years, nearly half of the beaches will no longer be large enough to accommodate the public.

Director of a sailing school for 2014 years near Barcelona, ​​Jordi Vera will undoubtedly have to move soon. “We’ve lost half the beach since I’ve been here. Before we had 10-15 meters more. Maybe one day there will be no more beach and we will not do any more activities. There, they put patches: they bring in sand but every year it goes away.“

The authorities are also building new protections, but for experts, these solutions are not viable. If we do not manage to stop global warming, they believe that in the long term we will probably have to give up living on the shores of the Mediterranean.