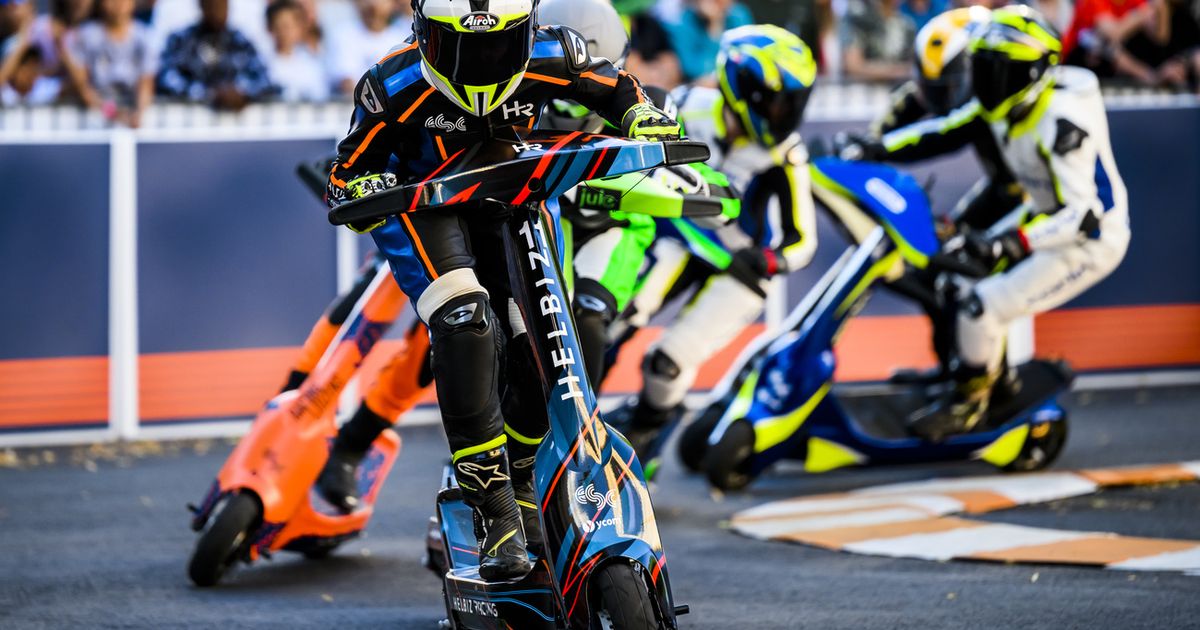 Sion hosted the second round of the electric scooter world championships on Friday and Saturday. More than 10,000 spectators attended the victory of Italian Sara Cabrini in an atmosphere “both festive and feverish”, according to the organizers.

In total, around thirty drivers, women and men alike, competed in groups of six on the same circuit. The best have reached 100 km/h. Each heat lasted a few minutes and the top three qualified for the next round.

In the end, Sara Cabrini won ahead of Frenchman Aymar Vernay and Spaniard Marc Luna, after a final marked by three falls.

Victorious in the first official race of this new world championship two weeks ago in London, the Vaudois Matis Neyroud was eliminated in the quarter-finals on the Sedu circuit.

This discipline relies on these events to encourage vocations. “We want to inspire and create vocations among young people, show them that it is a sustainable motor sport that can be accessible to everyone, regardless of their social background”, explained in February Lucas di Grassi world champion of Formula E in 2016-2107 and founding member of the eSkootr championships.

After the Valais capital, the competition will travel to France (June), Italy (July), Spain (September) and the United States (October). For now, the athletes who will start this year all have different sporting backgrounds. But the organizers hope that regional competitions will swarm in 2023.

This championship is part of the Transition Festival, which ends on Sunday in Sion. This event aims to address environmental and social challenges in a fun and popular way.