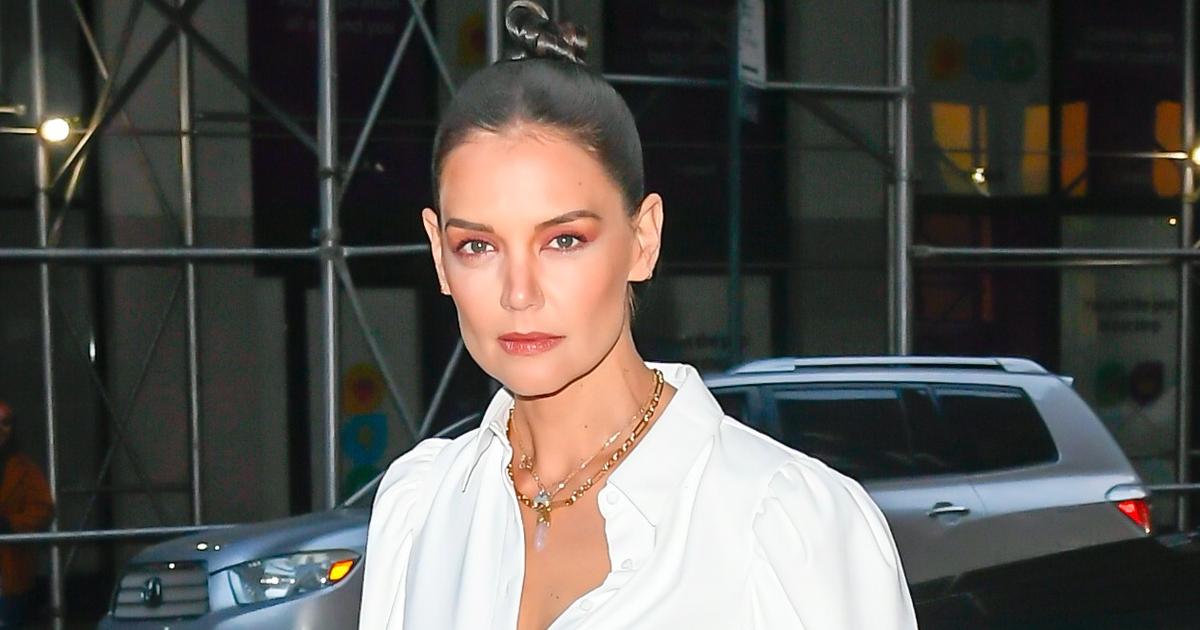 In simple panties under a trench coat, Katie Holmes full of confidence at a New York premiere

The actress, heroine of the series Dawson, sported an outfit of all contrasts to attend a premiere at the Tribeca Film Festival.

An appearance full of contrasts. This Wednesday, June 8, Katie Holmes went to the premiere of the film Alone Together, at the Tribeca Independent Film Festival in an unusual outfit. Satin black trench coat, gray sweatshirt, and high patent white boots… The interpreter of Joey Potter in the series Dawson had, as usual, bet on timeless but this time with a slight detail less.

Read alsoKatie Holmes, 43, takes a leap into the 2000s by appearing with a nose piercing

Suri Cruise’s mother had, in fact, chosen not to wear stockings and to leave her high-waisted black panties visible. No accessory seemed necessary in the face of this daring bang which gives a new twist to the minimalist looks displayed for a long time by the actress.

With this appearance Katie Holmes is part of the trend “apparent panties” which is raging this season with the stars. In fitting at Chanel, Angèle had unveiled a skirt slit on the front which gave a glimpse of her rhinestone panties in March. And more recently, it was Kanye West’s former girlfriend, Julia Fox, who went shopping in Los Angeles in her underwear and denim boots. A fashion effect, worn even in the most banal situations of everyday life.