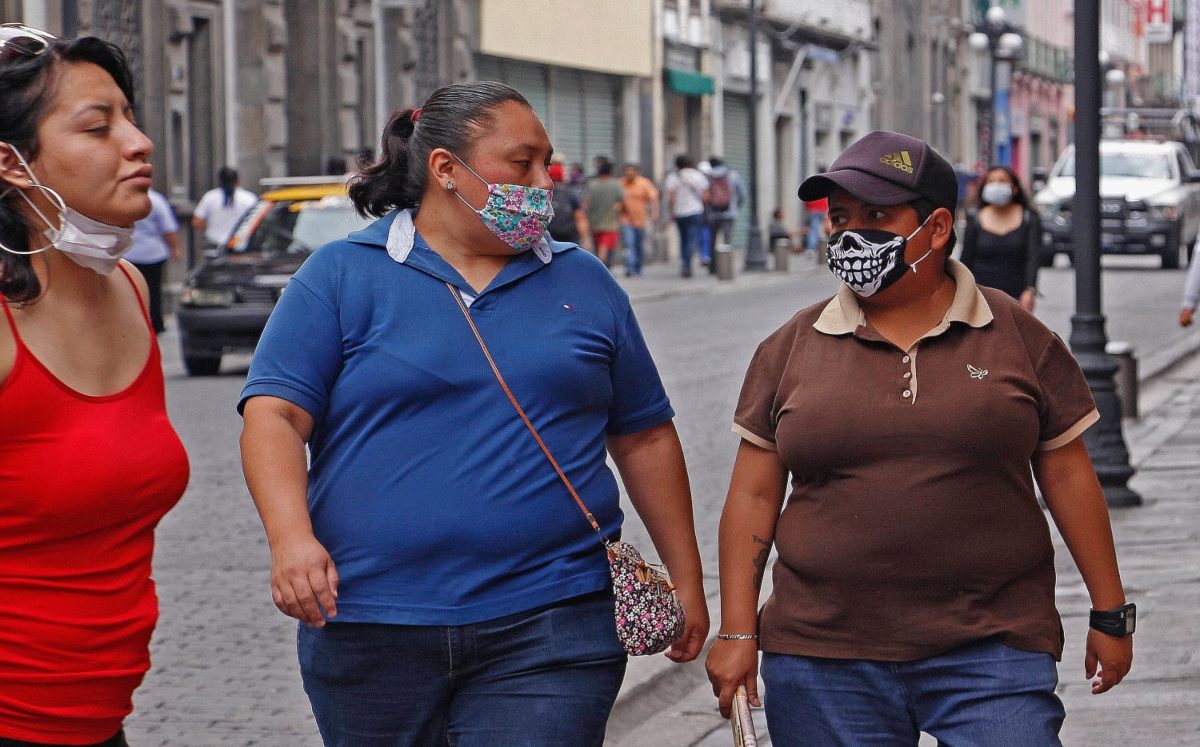 In Puebla, use of the face mask will be voluntary, announces Miguel Barbosa

The governor of Puebla, Miguel Barbosa Huertaannounced that it will publish a decree in the Official State Newspaper (POE) so that As of this Thursday, and for the first time since the covid-19 pandemic began, the use of face masks is voluntary.

The president pointed out at a press conference that it is time for the entity to adjust to the reality of the coronavirus, so now it will be the decision of each person to use or not the mask protection in open or closed public spaces.

According to the head of the state Health Secretariat (Ssa), José Antonio Martínez García, Puebla again did not register deaths associated with covid-19 in the last 24 hours and this day marked three consecutive weeks with the item at zero.

The official commented that between Wednesday and Thursday, 8 coronavirus infections were reported throughout the state, which left a cumulative of 156,921 positive cases and 17,139 deaths, with a fatality rate of 10.92 percent.

commented that 19 of 217 municipalities concentrate the 126 active cases of covid-19 in the statewith 99 outpatients and 27 hospitalized, of which two are seriously ill and require the assistance of a mechanical ventilator.

The Secretary of Health added that 17 people were admitted to the Institute of Security and Social Services for Workers of the State of Puebla (Issstep), with one of them seriously ill; 5 in the Issste, none serious; 4 in Ssa clinics, one serious; one in the IMSS, none serious.

Regarding the progress of inoculation to people from 12 to 14 years old, Martínez García stated that on the first day of the day in Puebla capital and the metropolitan area, 26 thousand 544 Pfizer biologicals were administered.

In this regard, Governor Miguel Barbosa urged parents to go to vaccination centers so that their children have access to the biological, because “they deserve it” and it is a way of “guaranteeing the right to health “.

The head of the Executive summoned the citizens to invite the tutors who are undecided about taking their children to the vaccination posts, however, he made it clear that No parent will be forced to inoculate their children if they do not want minors to be part of it.

The Official State Newspaper (POE) of Puebla published the decree by which, starting this Thursday, the use of face masks becomes a personal and voluntary decision to prevent the spread of covid-19.

According to the only point of the norm proposed by the governor Miguel Barbosa Huerta, “The voluntary use of a face mask, mask or face cover is established in public spaces in the State of Puebla”.

The decree establishes that the option to use a face mask is now voluntary and repealed its predecessor published on April 13, 2020, in which the use of some protective article for the nose and mouth was made mandatory as a preventive measure against the coronavirus.

It should be noted that the decree was issued just four hours after the governor of Puebla announced in his morning conference the decision to make the use of face masks in public spaces voluntary. In his opinion, it is time for the entity to adjust to the reality of the virus.

Supports PI measure on the use of face masks

The business sector considered it pertinent that the use of face masks in public spaces be voluntaryas announced by the state governor, Miguel Barbosa Huerta.

Marco Antonio Prosperi Calderonpresident of the Chamber of Commerce Services and Tourism (Canaco) explained that due to the numbers that “We have in Puebla about the infections and deaths of covid-19, we believe that it is a pertinent announcement to say that it is no longer mandatory.”

After the state president announced at a morning press conference that he will issue a decree to abolish the mandatory nature of the face mask, the representative of organized commerce considered that there will be people who maintain the use of the mask for protection, since the virus is still present.

In that sense, he commented that it will be the decision of each business to request or not the use of face masks to customers, “But being realistic, if a customer arrives and wants to go to the business to make purchases and does not bring a mask, they will be asked, but we are not in a position to deny a sale to a customer because of the state of the economy. I think it will be up to the discretion of each business to ask for the mask or not..

In this way, the business leader considered that to the extent that covid-19 infections continue to decrease, the protocols around covid-19 will continue to be relaxed.