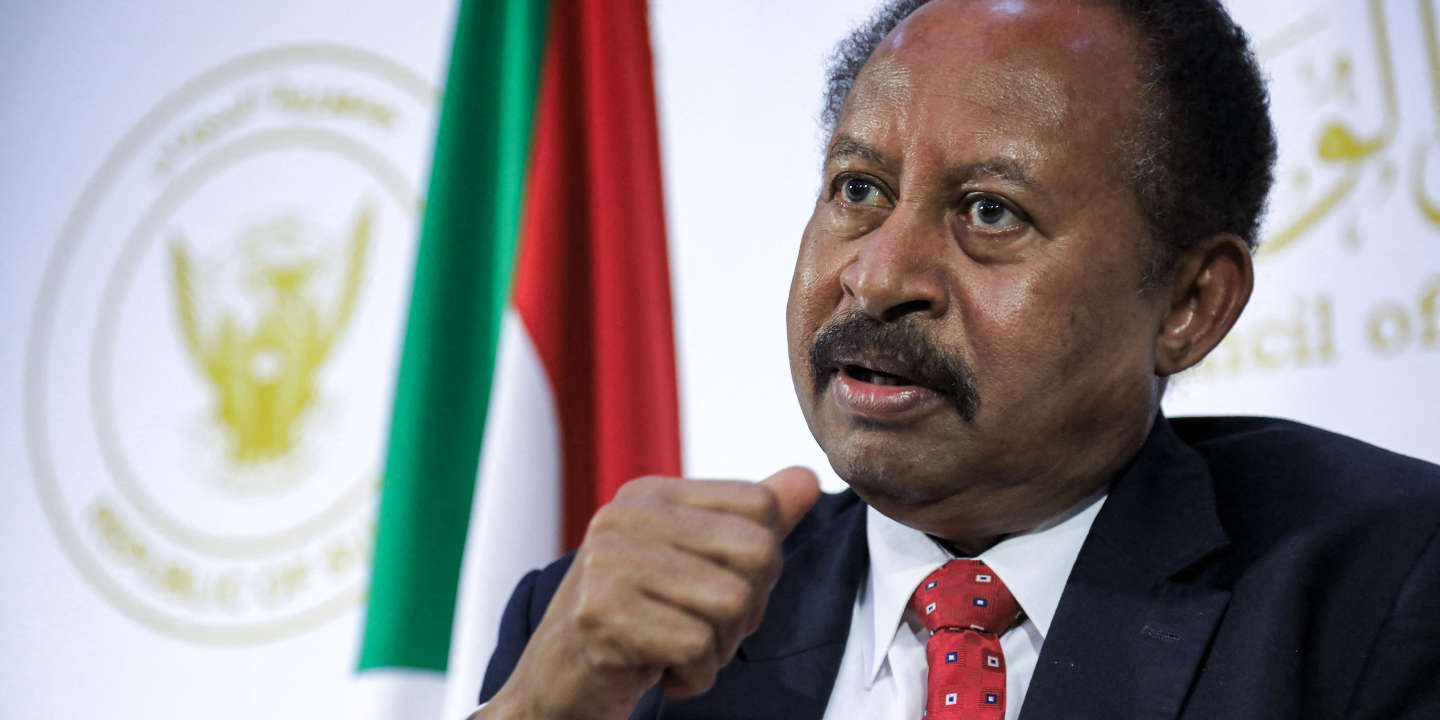 Presenting Sudan in a new light. This is the goal displayed by the delegation led by Prime Minister Abdallah Hamdok and the head of the Sovereign Transitional Council, General Abdel Fattah al-Burhan, accompanied by eight ministers and about fifty leaders of the private sector, on Monday. May 17 in Paris. An international conference is being organized there to encourage the revival of this country with a battered economy on the eve of the summit devoted to the financing of African states, also convened in the French capital.

Since the fall of the Omar al-Bashir regime in April 2019, following mass protests, France has pledged to organize such an event to support the process of political transition and provide financial support to this country. long kept away from the international market. The United States had thus registered Sudan in 1993 on the “list of states supporting terrorism”, in particular for having welcomed the leader of Al-Qaeda, Osama bin Laden. In December 2020, before leaving the White House, former US President Donald Trump removed the country from this blacklist synonymous with economic sanctions and hindering foreign investment.

Two years after the fall of Omar al-Bashir, Sudan still faces many challenges. The country has embarked on an unprecedented political transition resulting from a “partnership” between civilians and soldiers and supposed to lead to elections by 2024. But the legacy of the three decades of Bashir’s reign, marked by corruption and bad management, as well as the crushing weight of a debt estimated at more than 60 billion dollars (more than 49 billion euros), make the task particularly difficult for the new leaders.

The Sudanese debt negotiations will be the number one issue of the international conference. Khartoum needs help to first clear its payment arrears with certain institutions such as the World Bank, the International Monetary Fund (IMF) and the African Development Bank (AfDB).

The file is already well advanced. In January, Washington pledged $ 1.15 billion in aid to Sudan to help it repay its debt to the World Bank. The United Kingdom, Sweden and Ireland have for their part lent several hundred million dollars for Khartoum to regularize itself with the ADB. France, for its part, said it was ready to provide a bridging loan of up to $ 1.5 billion to help Khartoum repay its arrears to the IMF.

Sudan is now a good student of the IMF, which on May 10 renewed its support for the reforms undertaken by the authorities and announced a financing plan paving the way for debt relief. This is “A crucial step in helping Sudan to advance the process of normalizing its relations with the international community”, commented Kristalina Georgieva, Managing Director of the IMF, pending the official green light from the institution – a conference will be held in June in Washington.

Read also “We are free to think but not to eat”: Atbara, cradle of the revolution in Sudan, between hope and bitterness

On Monday, the Hamdok government also plans to talk about a “Debt relief with the Paris Club”, the “Most important creditor” Sudan with about 38% of the stock of external debt, as the Prime Minister confirmed to AFP. Clearing its slate would allow Sudan to make new loans from international donors. “The Paris conference will be a new starting point for building international partnerships and supporting the national economy », said Mariam al-Mahdi, the foreign minister.

The message is addressed in particular to foreign investors, whom Khartoum hopes to see finally return after years of banishment from the markets. In Paris, several strategic sectors such as infrastructure, agriculture, energy, minerals or communications will be highlighted during a meeting between actors from the Sudanese private sector and foreign companies.

Expectations are high on the side of Khartoum, because the authorities are playing big. Since the fall of Bashir, the Sudanese authorities have tried to comply with international financial standards. But the series of economic reforms aimed at getting into the nails set by the IMF is frowned upon by civil society. The austerity cure embodied by the lifting of subsidies on flour or fuel has provoked numerous demonstrations in the country.

The decision to adopt a floating exchange rate has a strong impact on low-income households. The unification of exchange rates led to a sharp 85% devaluation of the Sudanese pound and boosted inflation. Power cuts, gasoline or drug shortages are incessant and could undermine the course of the political transition.

Still, Sudanese officials are optimistic. “We are no longer a country that supports terrorism, crumbling in debt and led by Islamists. Our face has changed, we have returned to the international community and started a peace process at home with different rebel groups. Our country is rich in resources, at the heart of a strategic region ”, remarks the former Minister of Foreign Affairs Omer Gamareldin, now advisor for international partnerships to Abdallah Hamdok.

Even though Sudan does not belong to its traditional zone of influence, Paris seems to want to mark the occasion by rolling out the red carpet, aware of the strategic interest of forging a partnership with a country bordering the Red Sea and bordering on Libya, Chad, Egypt and Ethiopia.