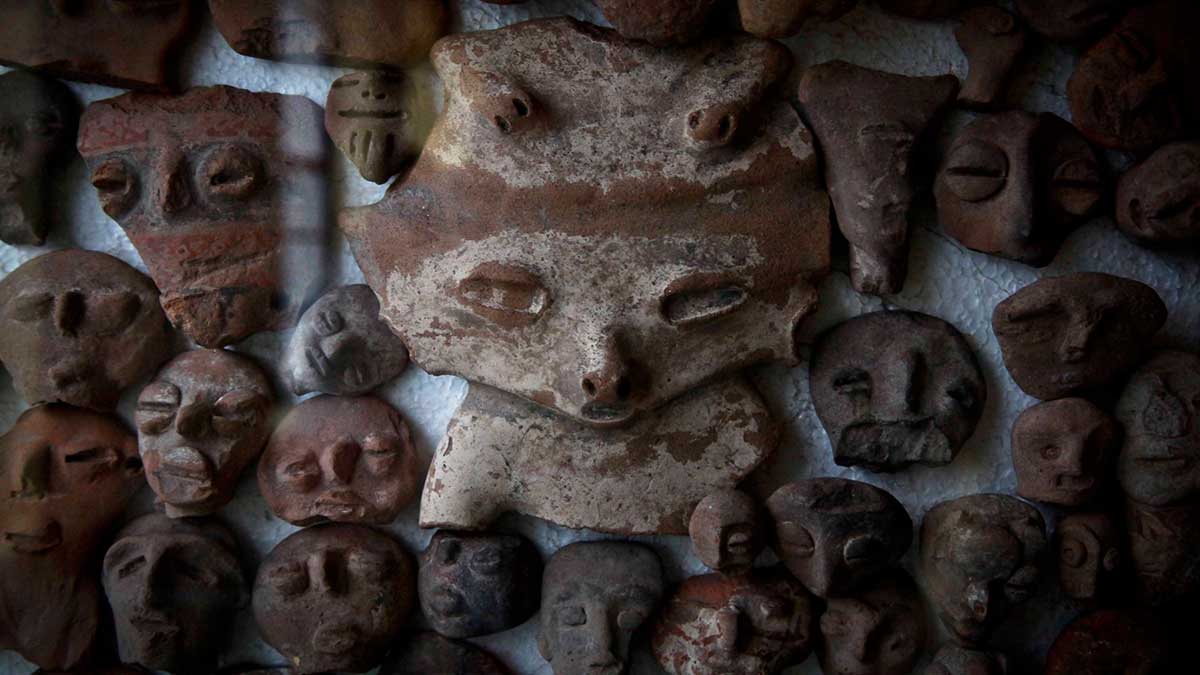 In Hills of the Middle River, Veracruzthe residents of the area found Archaeological pieces that were exposed after a hill broke off due to weather conditions and the passage of cargo trucks that work in the area for the construction of a subdivision.

According to the first reports, a man, who is a neighbor of the houses surrounding this place, went for a walk and noticed that among the rocks that were watered by the passage there was a strange “ball” that stood out. When trying to extract it, the man discovered that it was a “little face”, which he had to clean of excess mud in order to fully reveal its shape.

When the news spread, the National Institute of Anthropology and History (INAH) contacted him to ask him to protect the figures that he managed to recover from Hills of the Middle River, Veracruzso it could be Archaeological pieces that would reveal important details of some pre-Hispanic era.

what will happen in Hills of the Middle River, Veracruzafter the discovery of Archaeological pieces?

According to what the neighbors have declared in the media, the INAH has been on the lookout for the area, and has given notice that it is already in the process of stopping the construction of the subdivision, so that what is found under the mound of sand is not lost and can be subjected to studies to find out its origin.

It is expected that tomorrow, Friday, April 29, INAH specialists will arrive at Hills of the Middle River, Veracruzto start with the investigations, tracing, extraction and analysis of Archaeological pieces. While that happens, the neighbors keep the rescued figures in plastic boxes and wrapped in rags to prevent them from breaking or deteriorating.