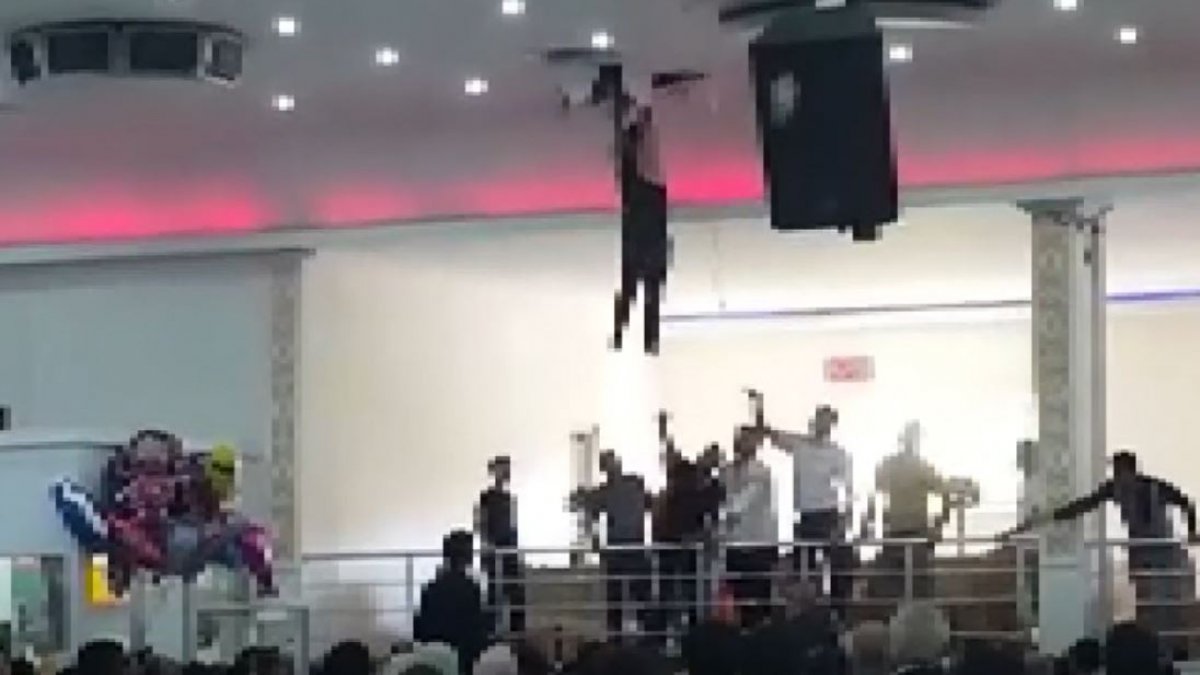 In Gaziantep, the worker fell from the ventilation gap in the middle of the wedding

A worker working in an upstairs workshop in a wedding hall fell into the middle of the wedding venue when he pressed the plasterboard ceiling. Those moments were reflected on the mobile phone camera second by second.

While a wedding was held in a hall in Gaziantep’s Şahinbey district, Tekstilkent Mahallesi, yesterday evening, a worker working in the workshop on the upper floor of the hall stepped on the plasterboard ceiling.

The plasterboard ceiling, which could not withstand the weight of the worker, broke.

fell in the middle of the wedding

The worker, who was about to fall from the broken plasterboard ceiling, was suspended in the air when he tried to hold on for a while.

The worker, who was suspended in the air, could not stand it any longer and fell into the middle of the wedding area.

Those moments, which both frightened and shocked the citizens who had fun at the wedding, were reflected on the mobile phone camera second by second.

According to the news of İHA, it was learned that the worker who fell survived the incident without any injury due to the precautions taken just before the fall.

In Gaziantep, the worker fell from the ventilation gap in the middle of the wedding VIDEO 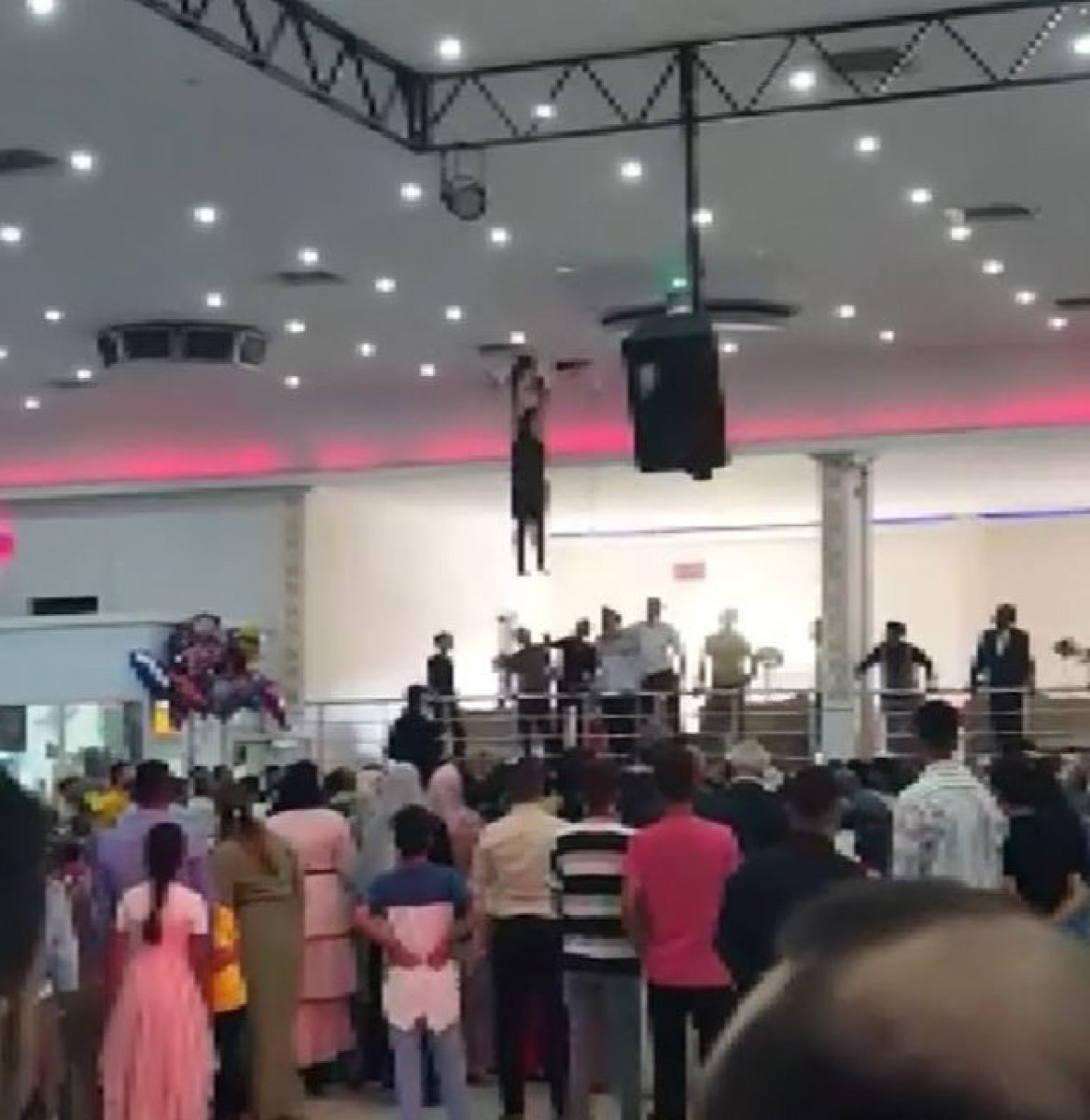 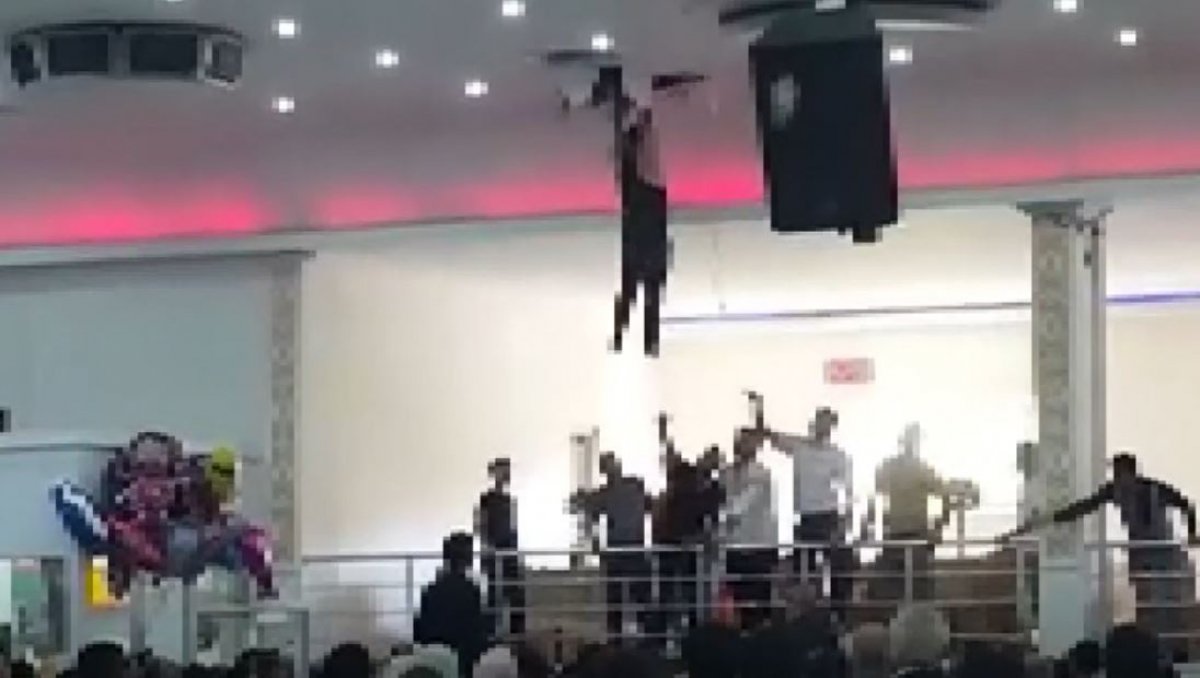 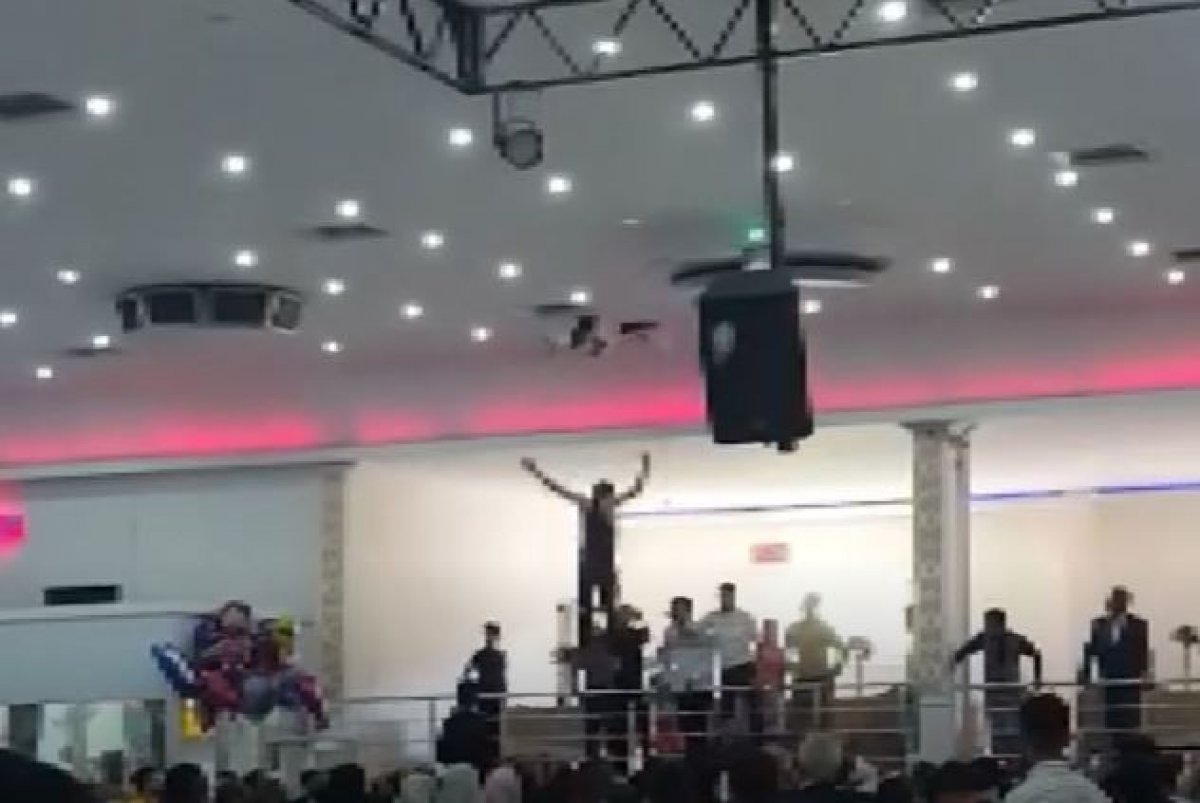 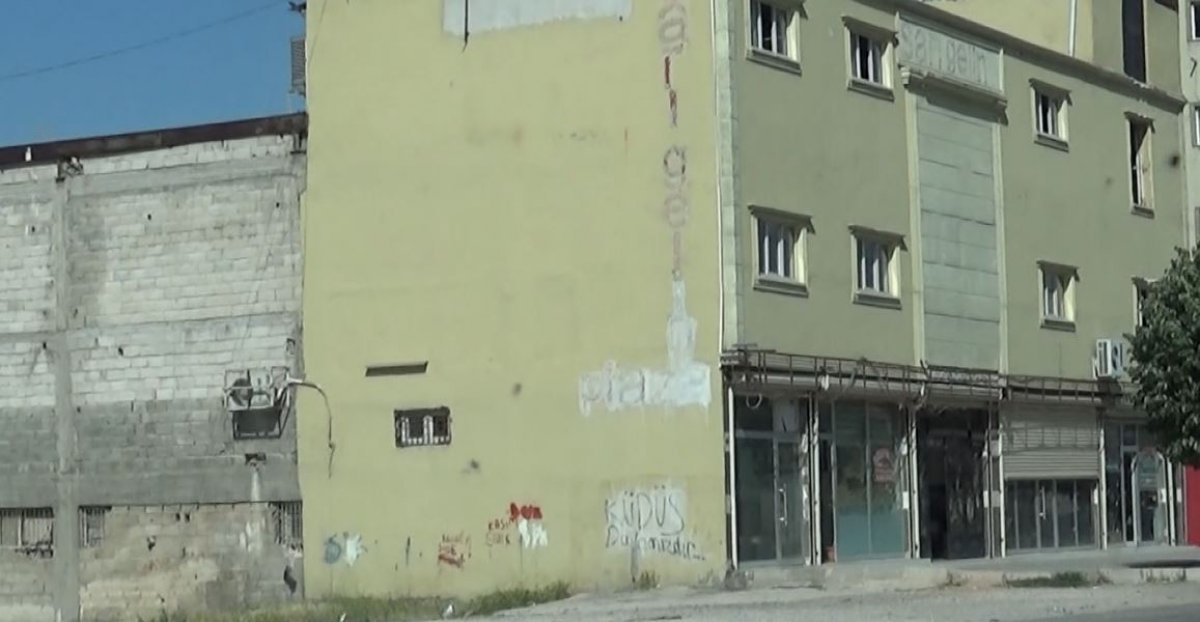