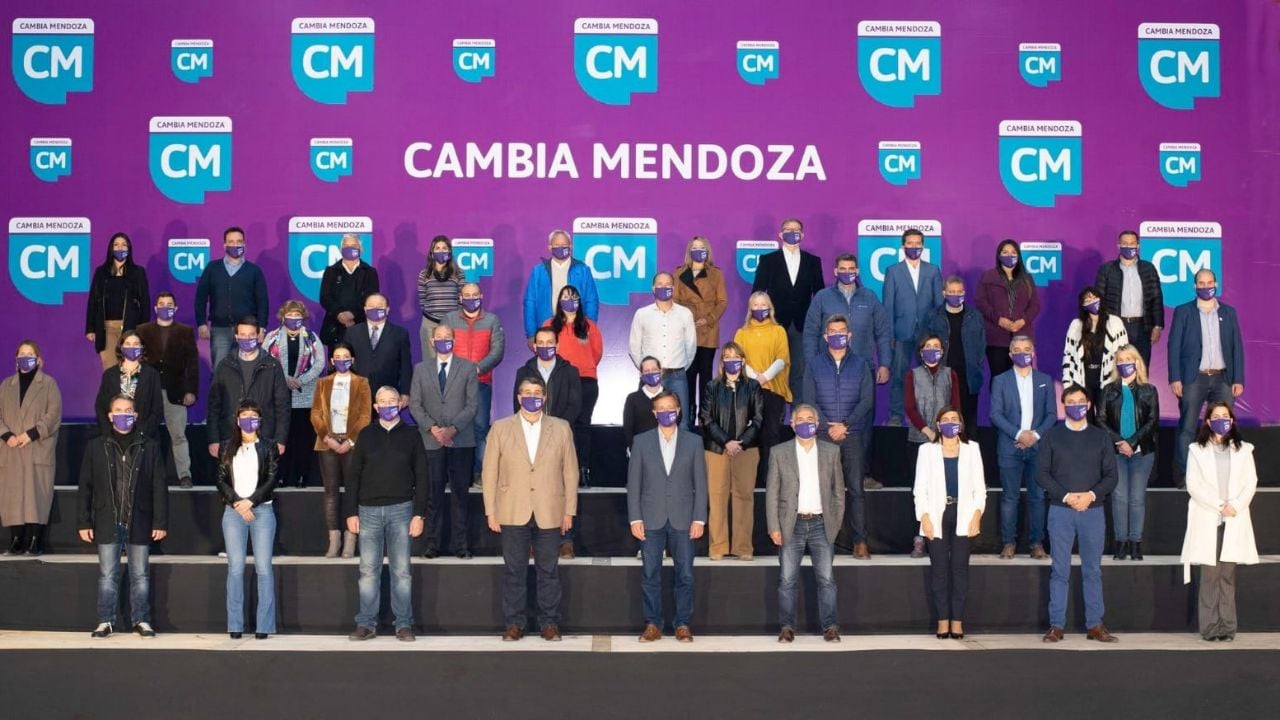 Last night the members of Change Mendoza viralized a curious photograph headed by Rodolfo Suarez Y Mario Abed. In it, the referents of the electoral front are seen posing in front of a large screen that shows the new logo of the space that brings them together. But beyond that detail, what is most striking are the names of those present and – above all – some absent.

Specifically, the national deputy Omar De Marchi conspicuous by its absence. While the PRO It is represented by its president Álvaro Martínez, the mayor of Luján Sebastián Bragagnolo and the deputy Gustavo Cairo -among others- the absence of the national legislator is notorious. The most curious thing is that he was in the place but left before the image was taken. Some say that he left annoyed by some specific presences, others say that he had an urgency and there are those who attribute it to the delay in setting up the stage. “I left because I had just had dental surgery and I was not feeling well. That is the reason,” De Marchi explained to MDZ.

In the meantime, there are some faces that attracted attention. For example, that of the former Minister of Economy, Infrastructure and Energy, Martin Kerchner. Although he is the president of the Party Congress, he is one of the names that sound to integrate the lists of candidates and the fact that he appears in the photo is all a sign.

Especially since in the first line they appear Alfredo Cornejo Y Julio Cobos, who would head the ballots. The place it occupies also called attention Mariana Juri. The Minister of Tourism has been adding points to become a candidate for national legislator and would be one of those chosen by Suarez to undertake that path.

On the other hand, on one side appears Claudia Najul. Although the place in the photo seems almost marginal, the mere fact of being there is a message. The national deputy wants to renew her mandate and seems to have received a wink. The cornejista is in the picture and other legislators like Luis Petri do not appear to whom the mandate also expires and they dream of continuing.

The one who said present was the senator Pamela Verasay.

Beyond these details, there are other striking data in the large unit photo of Cambia Mendoza. For example, the great premiere in front of the evangelical pastor Hector Hugo Bonarrico. The leader of the Masfe party sealed his landing in the ruling party and the photo was not alone. His wife Magdalena accompanied him. Not only did she go to the event, but in the institutional image she appears standing next to her husband.

It is unclear what the criteria for invitations were. Some mayors appear, such as the president of the UCR Tadeo Garcia Zalazar (Godoy Cruz) and Ulpiano Suarez (City) but the rest of the radical mayors are not there. There are also representatives of parties that make up the front such as Jose Maria Videla (Renewal Party), Jorge Difonso (Union), Ernesto Mancinelli (Libre del Sur), among others. There are also members of the Productivist Liberal Front that will go to the PASO in Cambia Mendoza as Rodolfo Vargas Arizu, I have married Y Oscar sagas.

Another detail is that it appears Daniela Stella, part of the Civic Coalition. The match of Lilita Carrió he left the ruling front, but it was fragmented beforehand and Stella decided to stay. Also appears Guillermo Mosso of the PD, another party that organically left the ruling party but Mosso did not assemble the suitcases.

It also draws the attention of a few provincial legislators such as the president of the Chamber of Deputies, Andres Lombardi, the deputy Maria Jose Sanz and the deputy Cecilia Rodriguez.