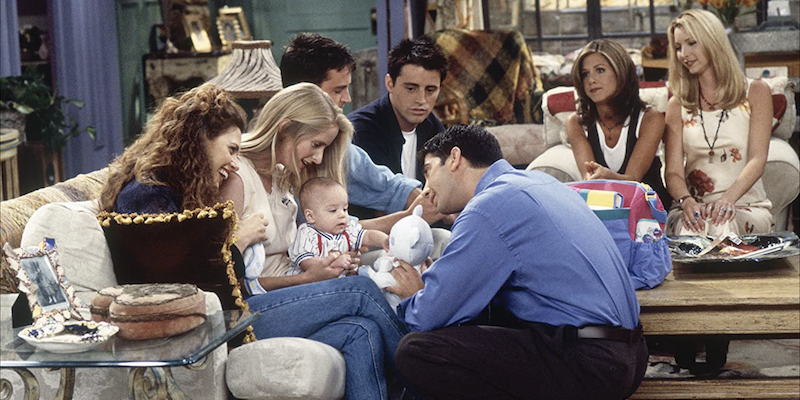 In China, some scenes of “Friends” have been censored for references to homosexuality

Some large Chinese streaming platforms that are re-broadcasting the famous American TV series Friends have been widely criticized for censoring certain references to homosexuality and the LGBT + world that are part of the plot. In particular, in the first episode the dialogue in which it speaks of the divorce between Ross Geller – one of the protagonists – and Carol Willick, who had left him after realizing he was gay, was eliminated. Other scenes that have to do with various themes related to homosexuality or sexuality in general have also been removed or toned down to eliminate content considered inappropriate.

Friends is about six friends living in New York in the 1990s and is played by Jennifer Aniston, Courteney Cox, Lisa Kudrow, Matt LeBlanc, Matthew Perry and David Schwimmer (aka Ross Geller). It is considered one of the most important series of American TV: it aired between 1994 and 2004 and is also very popular in China, where it was broadcast uncensored on the Sohu video platform from 2012 to 2018.

Recently both Sohu and the streaming platforms Bilibili, Tencent, Youku and iQiyi bought the rights to broadcast it again from February 11 this year following the great success of the special episode “Friends: The Reunion”, in 2021, in which the main actors had met to talk about the most significant moments of the series: however, they are broadcasting it with some notable cuts.

In addition to Ross’s divorce dialogue, some conversations referencing Carol’s gay relationship with her new partner, Susan, and a scene where Joey (Matt LeBlanc) kisses Chandler (Matthew Perry) on New Year’s Eve have also been deleted. Some sentences have also been modified to eliminate allusions to sexuality, such as the one in which Ross says that “[le donne possono avere] multiple orgasms “, which in the new version broadcast in China has become”[possono fare] endless gossip ».

The censorship of Friendswhich in China and abroad has been used by many people to learn English and get to know American culture better, was greeted with widespread protests on Chinese social networks: on Friday evening the hashtag #FriendsCensored was among the most sought after on the Chinese social network Weibo, where it was viewed 54 million times, before being censored on Saturday morning.

At the moment, none of the Chinese platforms have explained why the scenes were cut and have not publicly commented on the story. However, it is not the first time that Chinese government censorship has taken action to eliminate or dampen content considered vulgar, pornographic or subversive in films and TV series. It happened recently at the ending of Fight Club, which had been completely cut and replaced with a different scene, eliminating the film’s anarchist message – and then restored. It happened at the same reunion as Friendswhich aired in China without the special guest scenes Lady Gaga, Justin Bieber and the hugely popular K-Pop band BTS, previously accused of insulting the country.