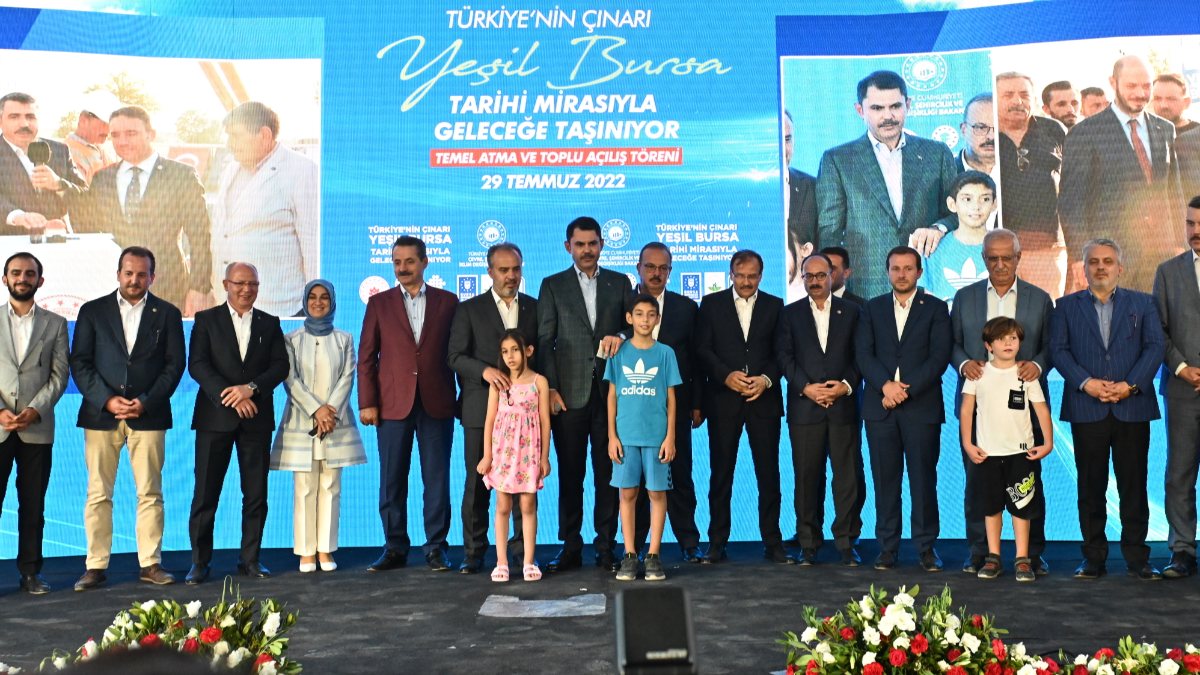 Implementation started in the project of loyalty to history in Bursa

Restoration and square arrangement works of Bursa Metropolitan Municipality, which will mark the future of the city, started with a ceremony attended by the Minister of Environment, Urbanization and Climate Change Murat Kurum.

The project, which will restore the Historical Bazaar and Inns District, which started to form in the 14th century in Bursa, the first capital of the Ottoman Empire, and completed its development with the formation of inns, covered bazaars and bazaars in the 16th century, was put into practice after the demolitions.

The project of the Metropolitan Municipality, also supported by the Ministry of Environment, Urbanization and Climate Change, started with the demolition of the Kızılay building two years ago and the demolition of 38 buildings on the area was completed. The implementation phase of the project, which will both bring the historical silhouette of Bursa to light and bring a privileged square to the heart of the city, started with a ceremony attended by the Minister of Environment, Urbanization and Climate Change Murat Kurum.

Bursa Metropolitan Municipality Mayor Alinur Aktaş, speaking at the ceremony held for the beginning of the historical project, said that the project has been the dream of Bursa residents for 40 years, and that many mayors, regardless of political party, have goals related to the region. Stating that a significant progress has been made even two years after the start of the project, Mayor Aktaş said that there are 14 inns, 1 covered bazaar, 13 open bazaars, 7 covered bazaars, 11 covered bazaars, 4 market areas, 21 mosques, 177 civil architecture buildings. stated that the area where 1 school and 3 tombs are located is a complete open-air museum.

“I would like to thank our President Recep Tayyip Erdogan”

President Aktaş stated that the region, which is on the UNESCO World Heritage List, is a heritage that should be protected and transferred to future generations. “Of course, the idea of ​​demolishing the structures around this region and bringing history to light has been talked about for many years. However, it was a difficult process. We first brought the subject up to the Minister in December 2019. We hit the first digging here in September-October of 2020. I would like to thank our Minister for taking care of the project. I would like to thank our President Recep Tayyip Erdogan. The urgent expropriation decision was signed by our President and published in the Official Gazette. This is a Bursa love. This is a move made to resurrect our ancient civilization. It has nothing to do with rent at all. Even in favor of the municipality, there is no question of renting land.” said.

Emphasizing that with the project, they aim to reveal historical buildings, make the tradesmen in the region more visible, and allow both Bursa residents and those who come to Bursa to wander in a more spacious area, President Aktaş said, “The total expropriation cost in the project is 250 million TL. Within the scope of this project, which will also strengthen the connection between Hisar and the Khans Area; There will be 3 squares of 2000 square meters, a green area of ​​9000 square meters and landscaping, and a closed parking lot of 12500 square meters. The tender was made and the site delivery was made. There will be public toilets, municipal support units and cash machine units, which are designed in parts at different points and to be hidden by the slope of the land. In addition, a total of 900 square meters of single-storey service buildings were also designed. The total project cost of the Hanlar Region Çarşıbaşı Urban Design Project, including the expropriation and implementation project, is 500 million TL. Half of this money was donated to Bursa by our Ministry.“ he said.

“Fidelity to history, respect to the past”

Expressing that the people of Bursa have been waiting for the project, which has been implemented in the Historical Bazaar and Hanlar Region, with curiosity and longing for 40 years, the Minister of Environment, Urbanization and Climate Change Murat Kurum said, “This is where our history was born. There are three elements that make this place special. Uludag, Ulu Mosque and the Great plane tree. Uludağ represents the majesty, Ulu Mosque represents the majesty, and the Great plane tree represents life. We are in the Hanlar Region today with the inspiration we received from our ancestors who gave life to our civilization and breathed soul into stone. We have realized many projects that we started with the slogan of ‘loyalty to history and respect to the past’ all over Turkey. We will lay the first stone together to bring together Green Bursa, the ancient Bursa with its great history. We came here 2 years ago and made a promise. We made a promise to our Bursa, our Turkey and demolished the buildings that damaged this historical region. We have made an investment of 500 million liras in this area, where we have completely opened up the area around this Hanlar Region.

See also  Woman kills man who was shooting into a crowd

“May our project be auspicious, auspicious and blessed”

Together in our project, we will highlight the historical identity of our Bursa and increase the visibility of our historical inns such as Pirinç Han and İpek Han in this area. Within the scope of the project, we will have 3 squares of 2000 square meters. We will have an open and green area of ​​19 thousand square meters and an underground car park of 12500 square meters where our guests who come here will park their cars. This means parking for 500 cars. We have dreamed of a project where our citizens can walk in the shadow of plane trees in this historical and cultural axis without getting bored. I hope we are putting our first stone today. We are on the path of those who put stone upon stone. We have never been one of those who put stones in front of the nation, the affairs of the nation, and the goals of the nation, like others. Hopefully, this project will be a new touchstone, the cherished memories of the ancient values ​​we entrusted to our children, whose future we left behind. To the light of Osman Gazi, the children of Orhan Gazi, and the sons of Sultan Murad, we wish our project auspicious, auspicious and blessed.” he said. 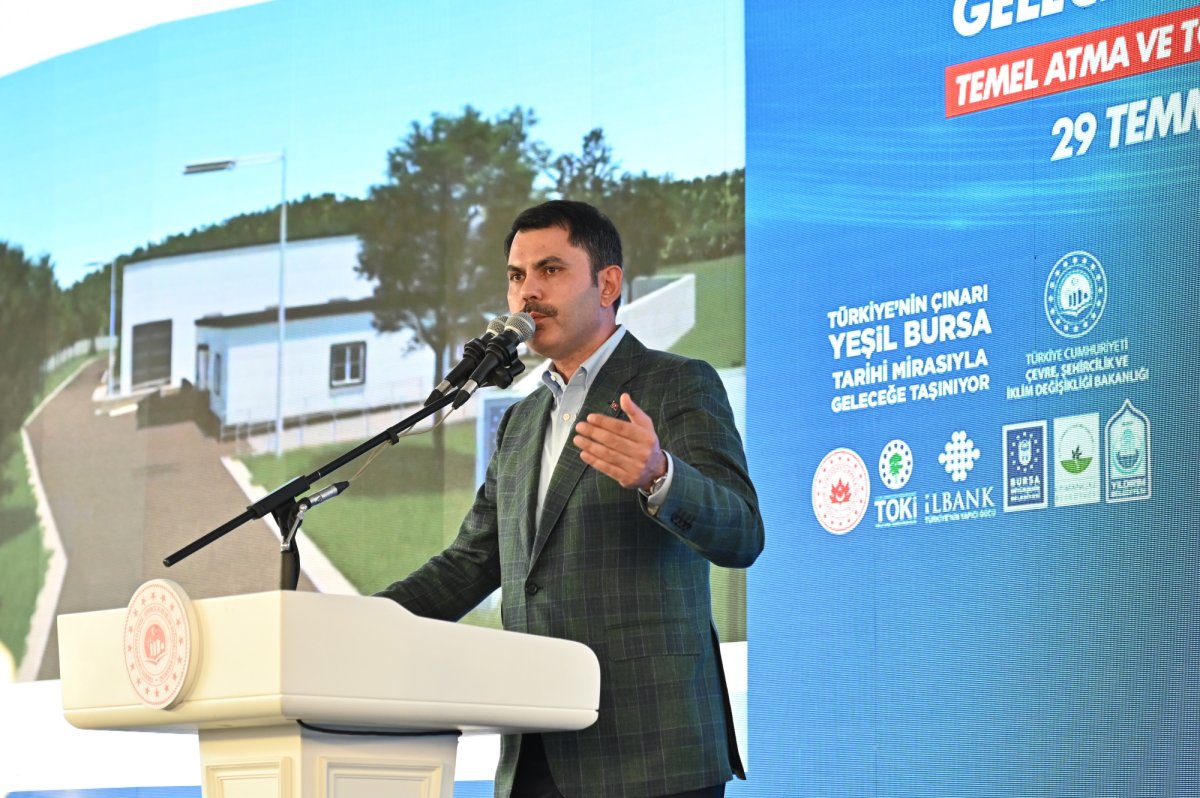 The Minister Institution, which started the Hanlar Region Çarşıbaşı Square Project, which will mark the future of Bursa, also opened the Osmangazi Adventure Park with a total investment value of more than 2 billion TL, laying the groundwork for the Yıldırım Mevlana TOKİ 7th Stage project, the opening of the prisoners made by İller Bankası and by TOKİ. He also carried out the groundbreaking and opening of the social housing.

“We will continue to write a success story with our nation”

“As Mevlana said, we fix one foot in Bursa and the other foot in our country, in our heartland, and we travel around the world within this framework.“ said the Minister Institution, “Of course, some will cling to excuses, some will neglect things. They will put forward some processes and avoid responsibility. But we will continue to work with our nation, walk with our nation, and write great success stories with our nation. At this point, the 2023 elections are of great importance. These choices will be the choices of competence and incompetence, inadequacy by quality, hardworking and laziness. These elections will be the struggle of strong independence and subcontracting, those who prefer to obey instead of speaking, and those who wrestle with the brave and the fugitive. Let the enemies of Turkey use the same language as you, let those who are hostile to the nation continue to stand side by side with you. Our beloved nation is enough for us, Turkey is enough for us, Bursa is enough for us. We call it ‘hodri square’ from Bursa, Hanlar region. The games you have installed will be wasted. The calculations you make at the ambassadors’ desk will be broken in the bazaar. Your wrong account will definitely return from the ballot box. May the projects we inaugurate and lay the foundations for Bursa, Bursa’s youth, children and its future.” he said.

After the speeches, the Minister Kurum, who opened the services that were completed with live connections and laid the foundation for new projects, then placed the first stone in the Hanlar Region Çarşıbaşı Square Project. 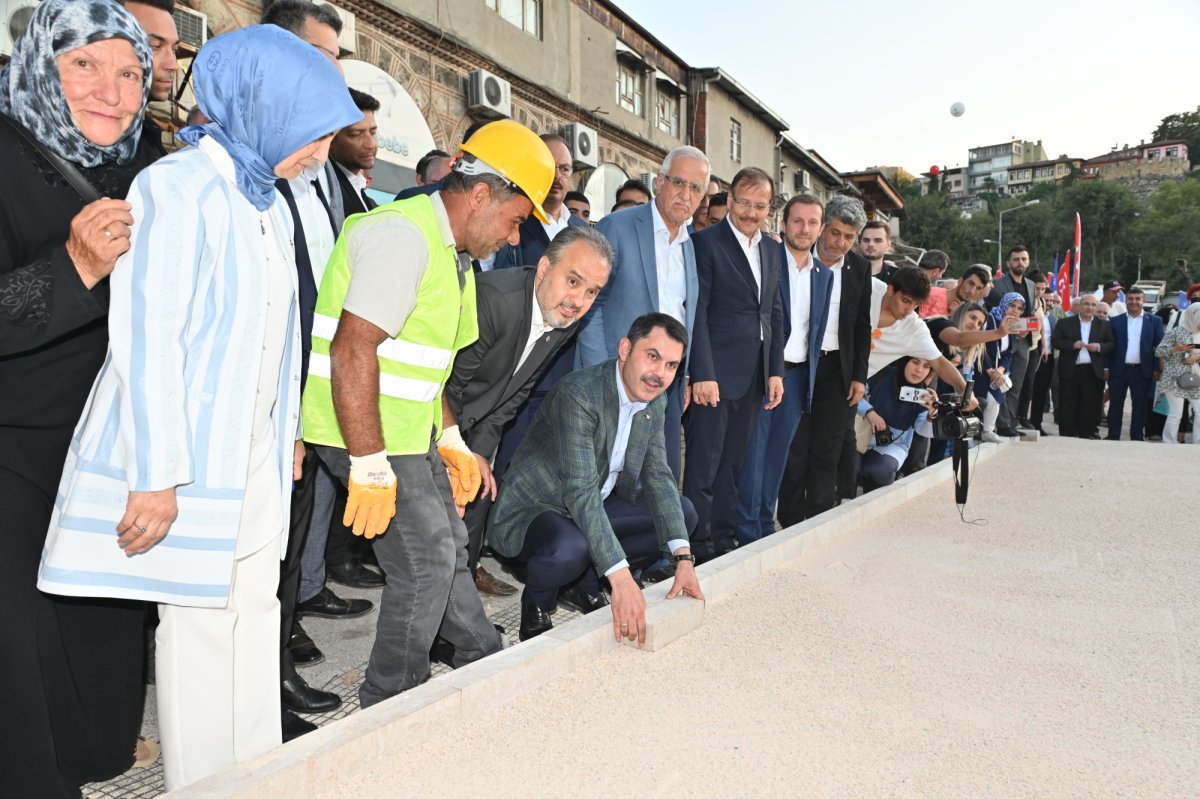 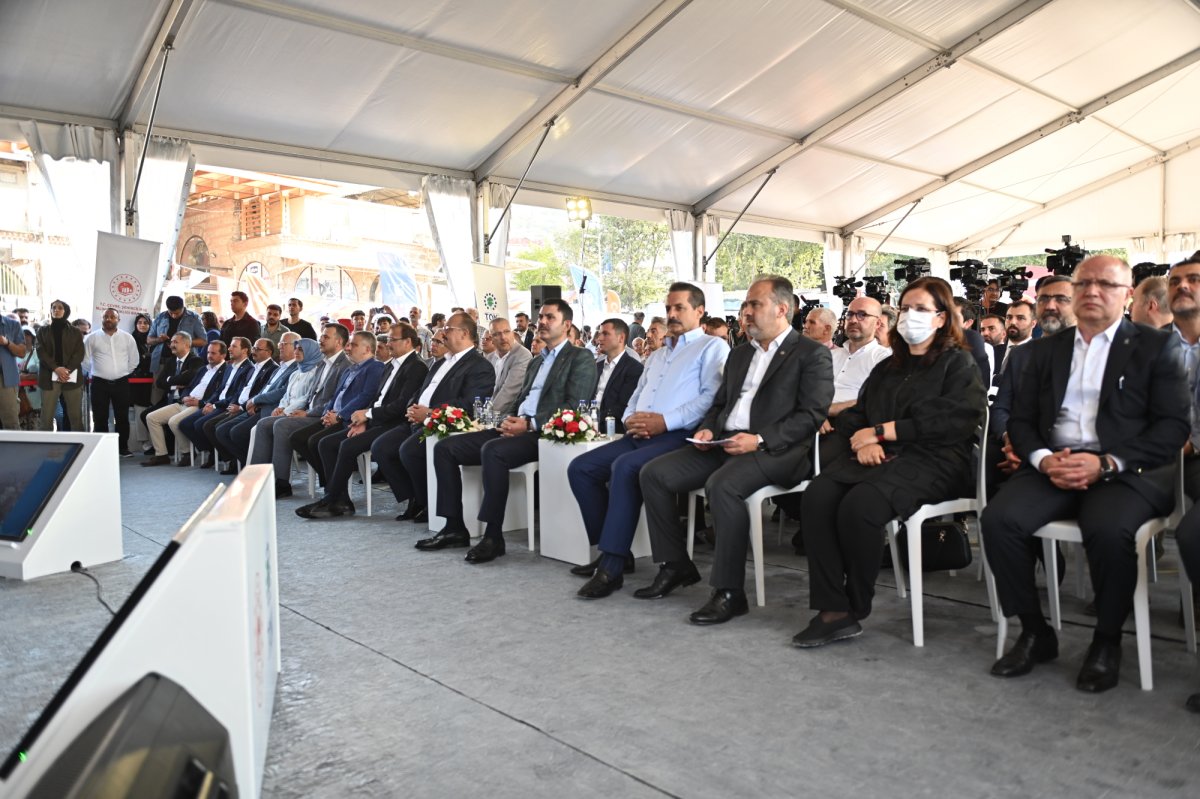 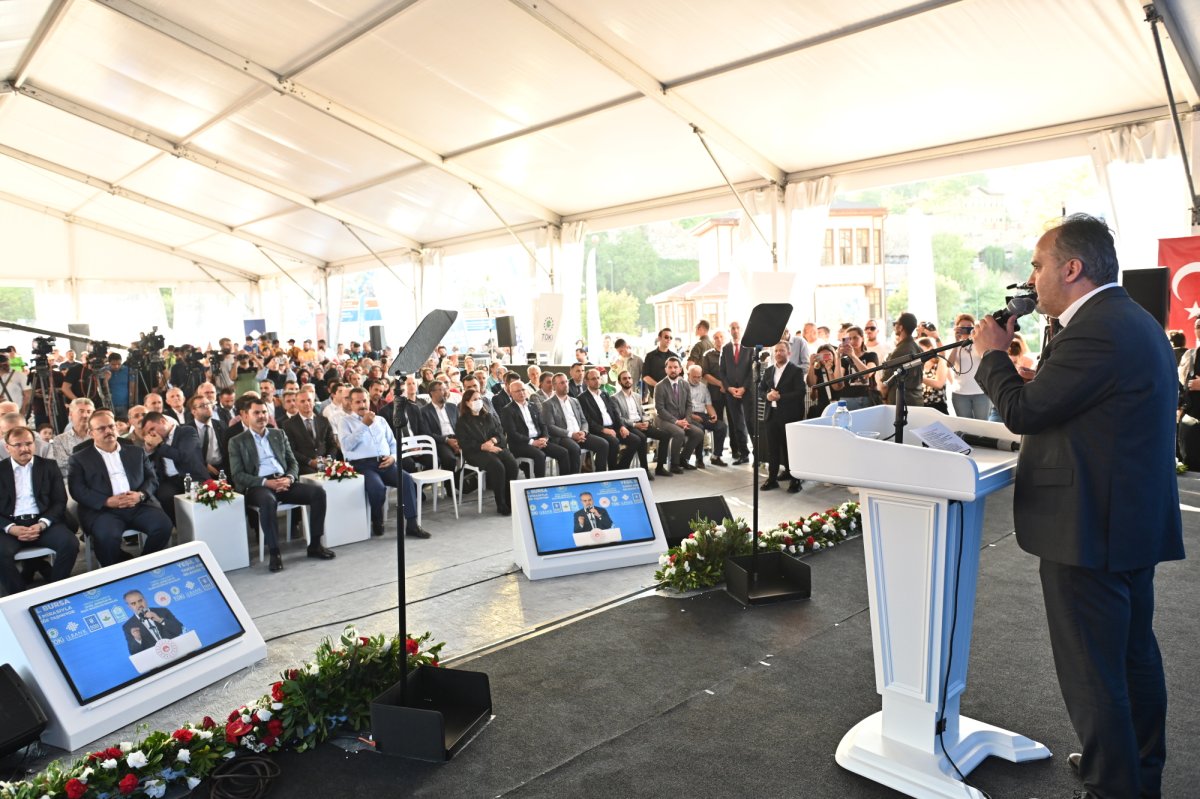 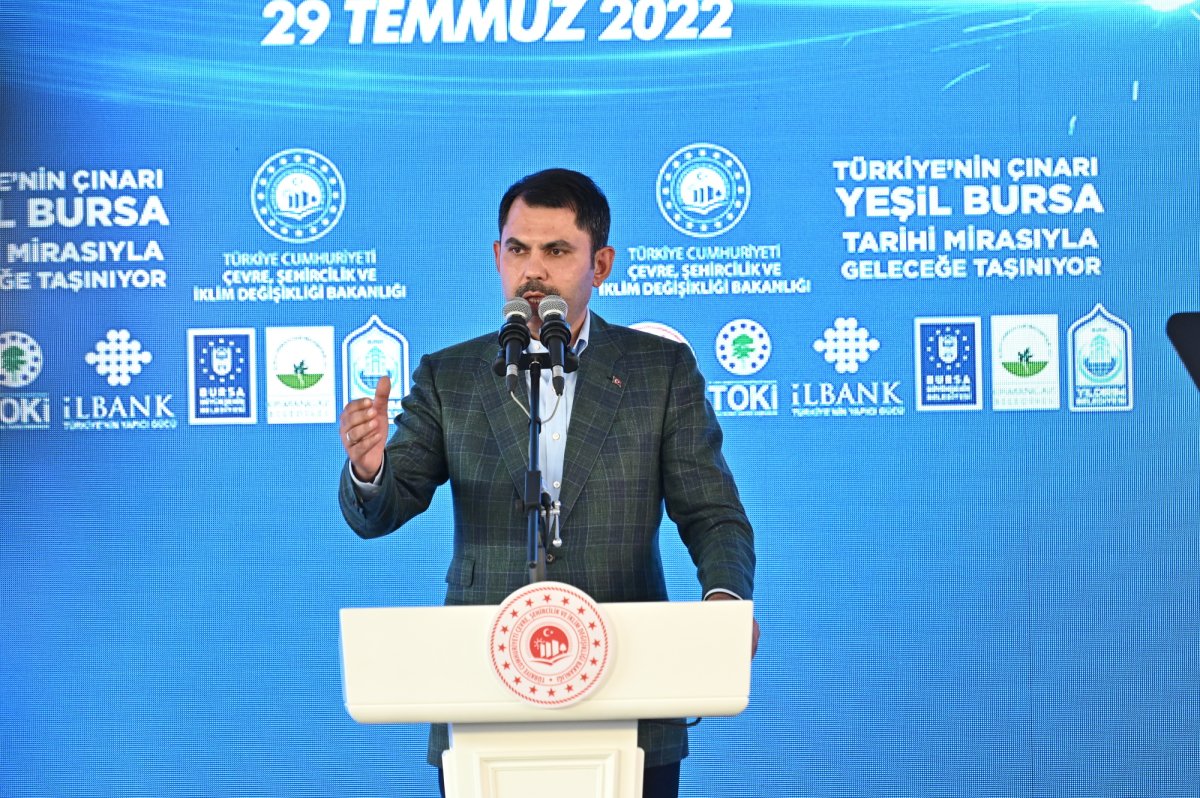 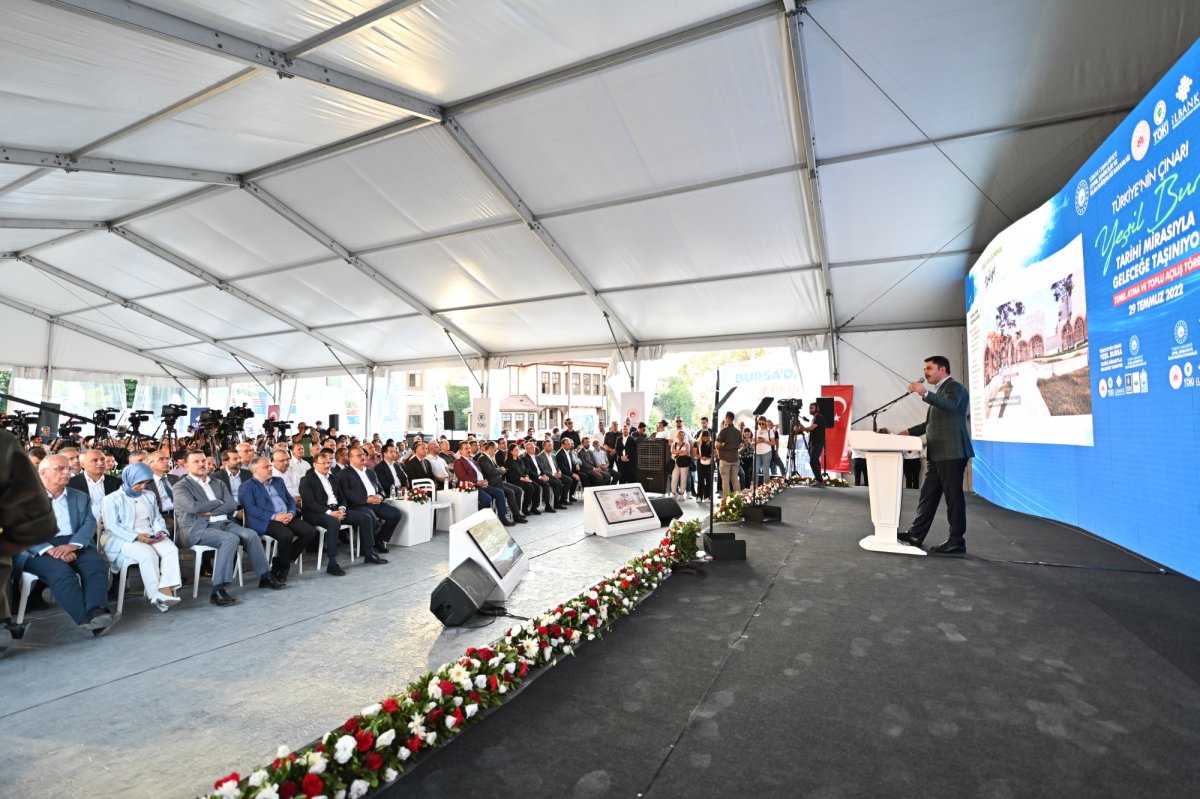 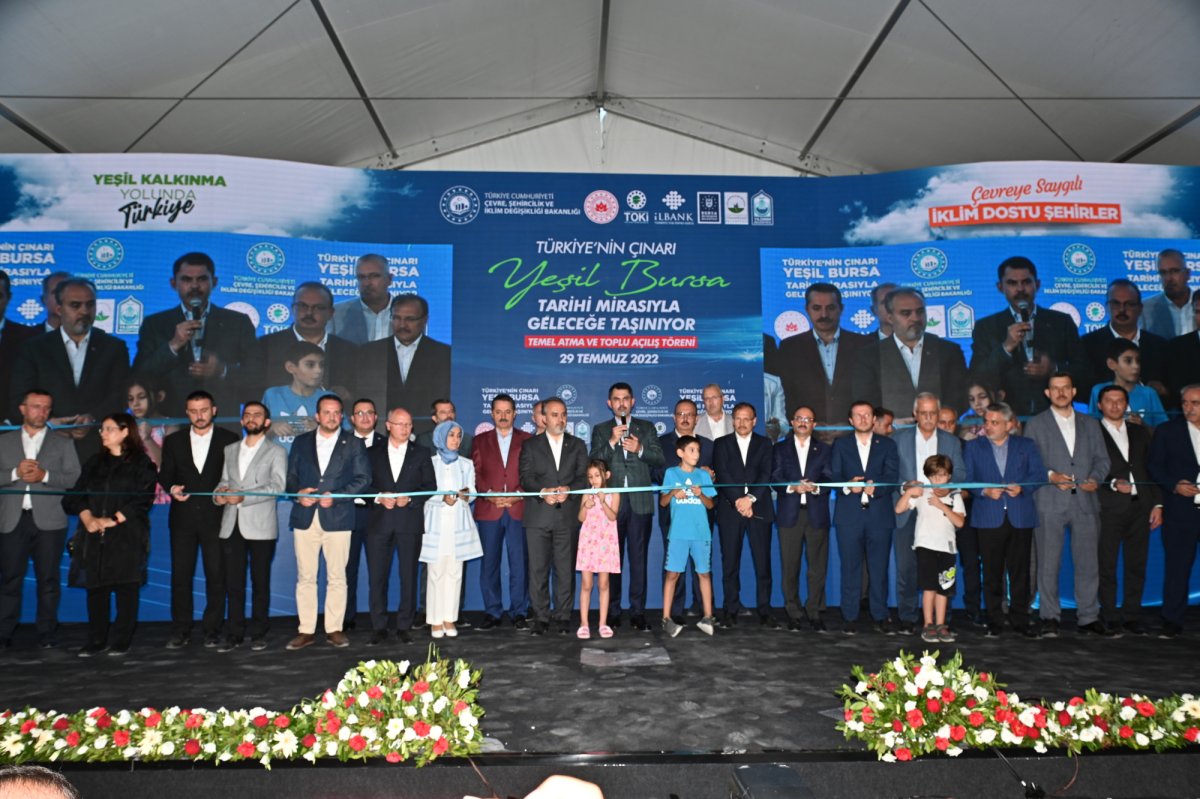 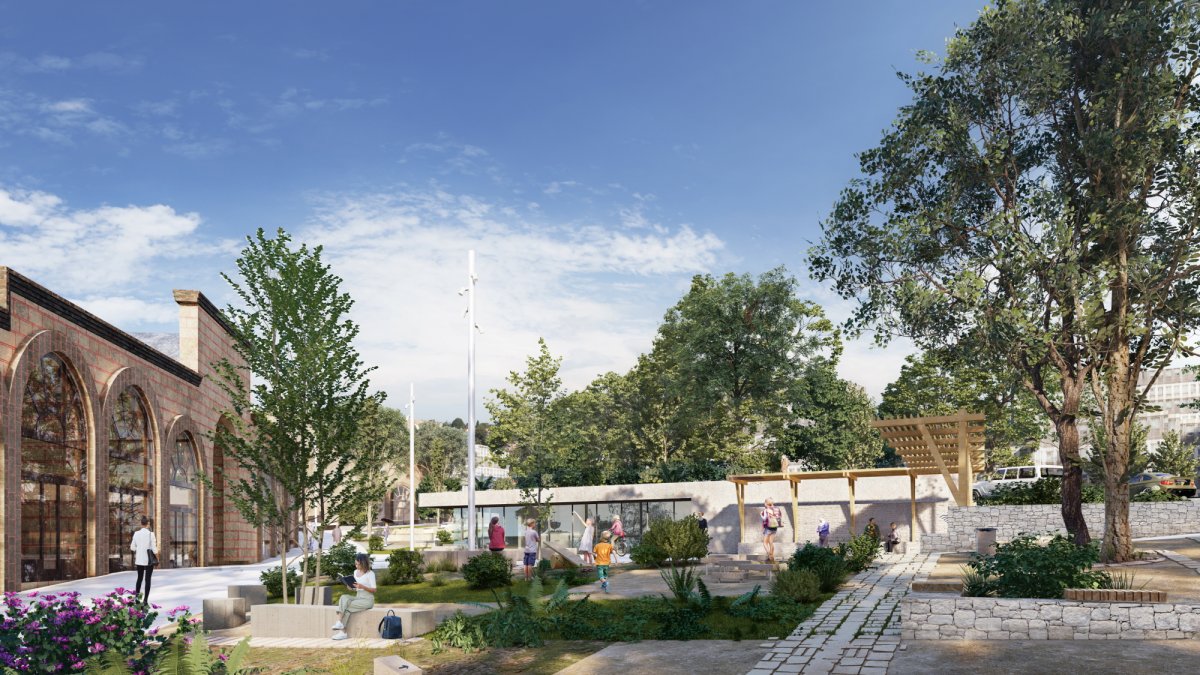 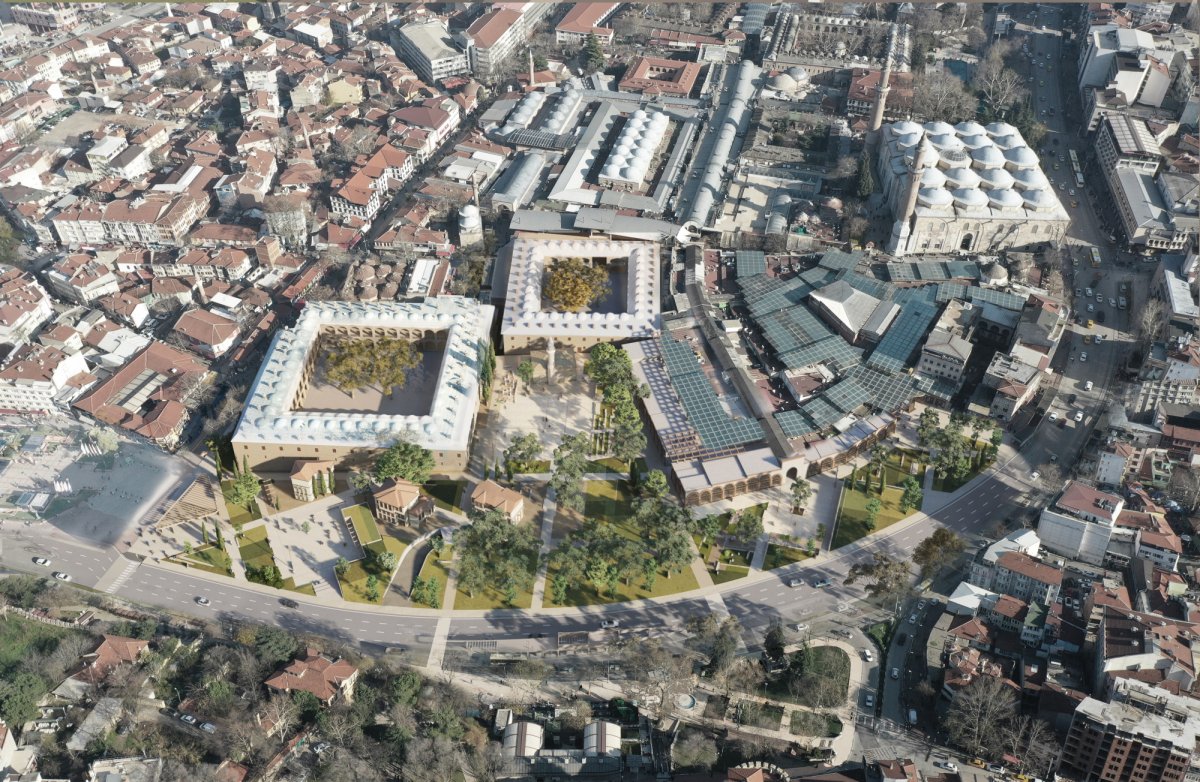 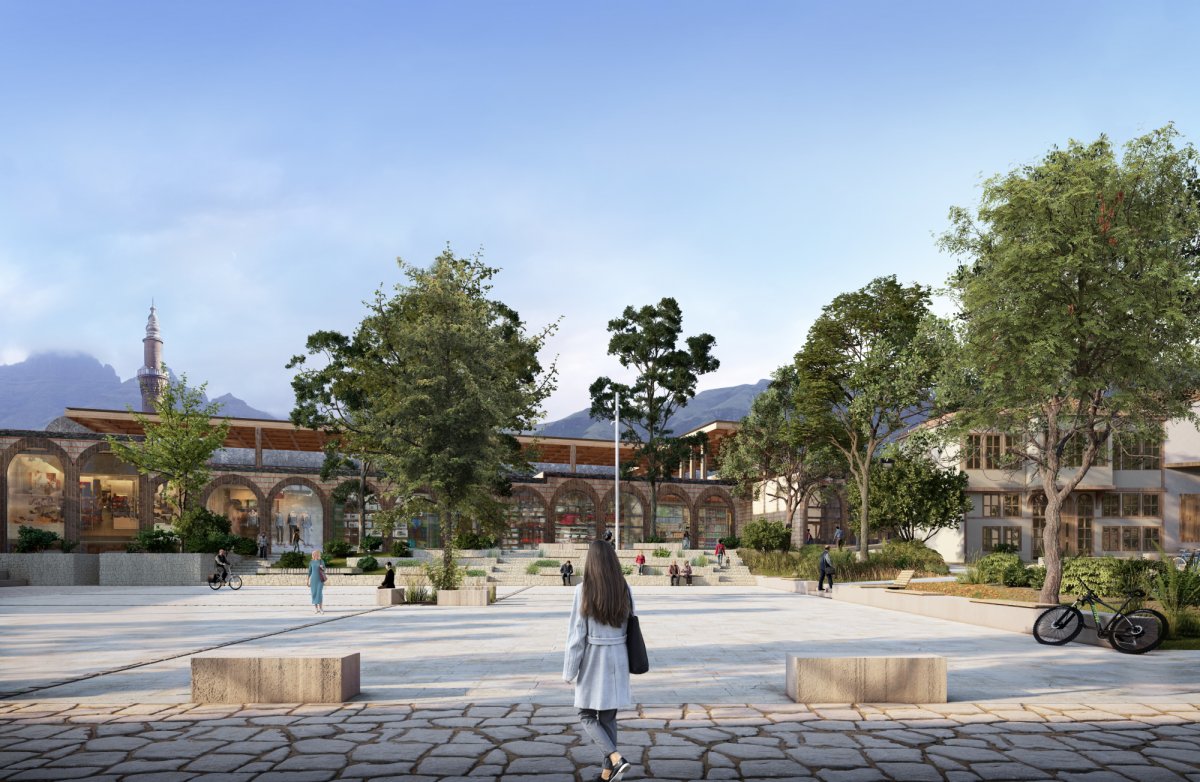