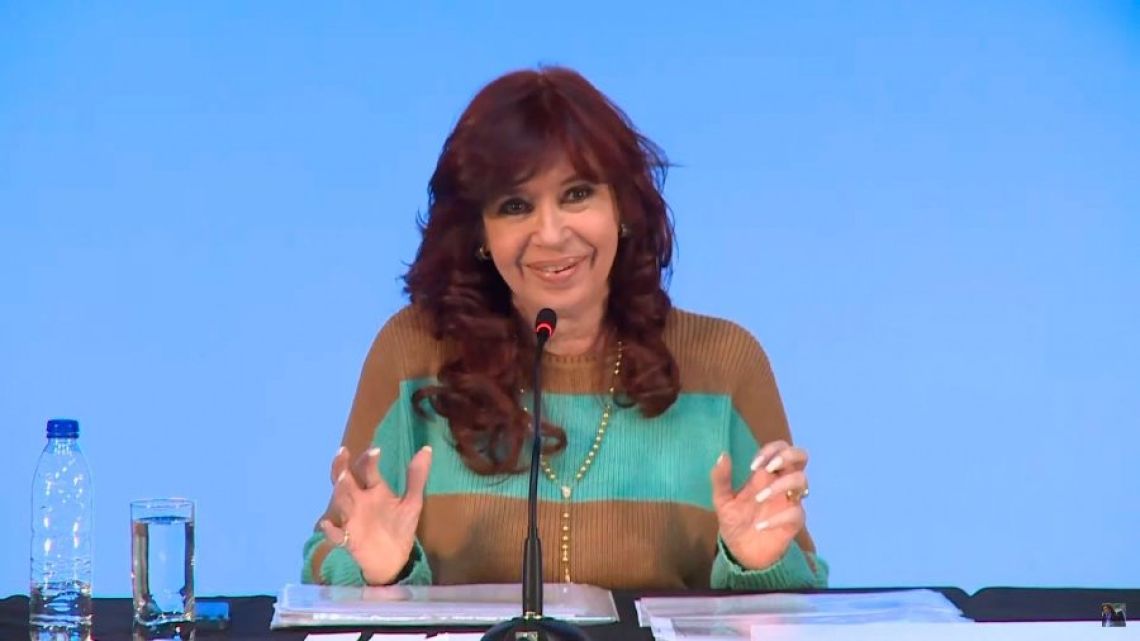 “I’m not going to beat up any minister, don’t worry” and other phrases by Cristina Kirchner in El Calafate

the vice president Cristina Fernandez de Kirchner reappeared publicly this Friday at the inauguration of the Municipal Cinema Theater of the city of El Calafate, in Santa Cruzand launched a strong criticism of the former Minister of Economy, Martin Guzmandescribing his departure from the Government as a “immense act of political irresponsibility“.

The president of the Senate provided the first definitions after the arrival of Silvina Batakis as the new head of the Palacio de Hacienda, accompanied by the Governor of Santa Cruz, Alicia Kirchnerthe Minister of Education of the Nation, James Perczykand the mayor of El Calafate, Javier Belloni.

The phrases of Cristina Kirchner in Santa Cruz

“I don’t know an entrepreneur who doesn’t see in the pre-trip an excellent decision of the Government. Previaje, in fiscal terms, is a policy of expansion, and in monetary terms it is emissive. Let us not condemn things per se, dogmatically. Let’s get away from the dogmasNeither those on the right nor those on the left are good.

“Those who do not want to contribute with the prices, should not be adhered to the Pre-trip. Gastronomic and hoteliers should be summoned to agree on prices. If the public sector makes a magnitude of the characteristics of the Pre-trip, contribute, and the one who does not want to be told that it is not adhered“.

“I am not going to revoke any minister, everyone stay very calm. Alicia Kirchner, before becoming governor, was Minister of Social Development. Calm down too, I’m not proposing her as a minister.”

“The untimely departure of Martín Guzmán was an immense act of political irresponsibility. You have to be responsible. It was an act of institutional destabilization as wellLet the president know on Twitter. “I do not deny the differences, but this President had banked that minister like no one else even at odds with his own coalition. Did he really deserve that?

“Better policies can be made, not because we dream of utopias, but because we have made them. And that’s why it’s important that in Argentina let’s stop discussing people and start discussing policies”.

“When it was negotiated with the IMF, all media, all parties, all establishmentstated that the minister was rational and the position was to confront us, because people are discussed, not politics”.

“If you don’t let them take the dollars out of the country, there are sectors that behave as addictive. When they want it the hard way, the country’s economy explodes.”

Massa in check: family pressure and an uncertain future within the Government

“It is on this that I say that we must agree, because next year I win ‘Mandrake the magician’ will not have a solution for this structural problem of the Argentine economy that constitutes the bimonetary economy”.

See also  The outskirts of Brussels are growing almost as fast as the capital: here is the demographic growth of the municipalities of the Vlaamse Rand (INFOGRAPHIC)

“It’s time for no one to feel that they own the truth or that their cow is tied up. With arguments and reasons they take me anywhere, punches and slaps, none. I came to help, but not silent.”