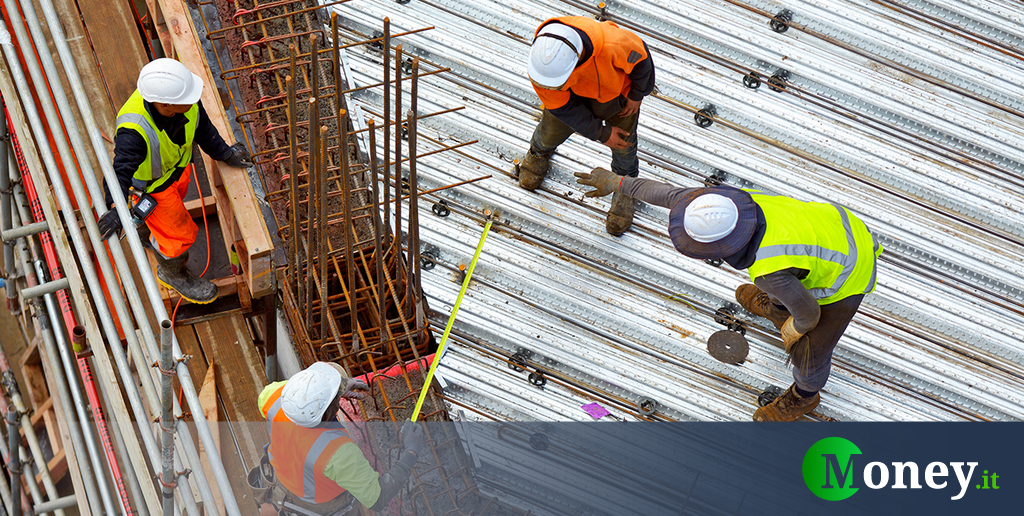 If the Chinese contagion spreads, the SuperBonus will turn into a Spoon River of construction sites

The disappointment was one of those that leave their mark and cause concern. Remarkably, given the general recessionary climate triggered by the tightnening of the Fed and accelerated by the conflict in Ukraine. As this graph shows

Chinese GDP in the second quarter fell to + 0.4% from + 4.8% in the first and against the expectation of 1.2% of the panel of economists surveyed by Reuters. A reading at a minimum for two years, or since Covid imposed the global pandemic regime. And the return of the infections and the consequent closures of production activities have operated as a negative driver of what appears China’s worst quarterly growth figure in the modern era.

In short, almost guaranteed global recession. But net of the deluge of liquidity injected into the system by the PBOC in June, equal to more than 11% increase in the M2 money supply on an annual basis in a single month and the anticipation to the autumn of the issuance of provincial bonds for the infrastructure financing that should guarantee an additional 220 billion dollars of credit boost, the real estate bubble seems to cast a further shadow. With thousands of owners who have started not paying the mortgage payments on unfinished properties, so far over 100 projects in 50 cities across the countryhere are these charts

show how the Chinese banking system is already paying duty on its over-exposure to real estate. With real estate mortgages accounting for 20% of all outstanding loans and a value of 39 trillion yuan (5.8 trillion dollars), the hypothesis of a subprime crisis 2.0 that this time finds its epicenter in China and spreads all over the world begins to take hold. And to coo sleep, given the macro and global debt picture.

And here the second graph therefore assumes fundamental importance: in 2021, the ratio of bad debts linked to real estate mortgages of the first six Chinese banks, capable of accounting for 68% of the entire real estate credit market, was only 0, 38% against 2.73% of those of non-performing loans in general. In short, more than manageable as a fundamental criticality, as long as the Chinese authorities manage to stop the protest of the homeowners in the bud. Because if not, Nomura calculates that a countervalue of loans equal to 4.4 trillion yuan and stipulated between the end of 2020 and March of this year is linked to real estate projects at risk of insolvency on the installments, as they were not completed due to the blockade from new Covid outbreaks. The same ones who nailed second-quarter GDP to an all-time low.

Comparison of the price-to-book ratio of Chinese and global banks
Fonte: Bloomberg

show on the one hand how stocks in the Chinese banking sector are already traveling on a price-to-book ratio at an all-time low of 0.61%effectively certifying the sentiment of the market with respect to the certainty of a impairment relating to a significant part of the assets of the credit sector. On the other, certify the systemic magnitude of the Chinese real estate market as the largest single asset class in the world. Capable of generating a structural shock both in the real estate sector and in the banking sector through the extreme financialization of the credit exposure to the real estate sector, lately the protagonist of a real domain of private equity.

In short, connect the dots of what has just been described at the open-air casino in which, data in hand, the abuse of the SuperBonus at 110% in the construction sector in Italy has been translated and here is what the main voice of the GDP of our country, absolute driver of the mythological 6.6% celebrated byEconomistrisks turning into lethal ballast. At the worst possible time. Could it be for this reason that Mario Draghi dug trenches and built barricades to avoid their extension, arriving at the final standoff of his resignation to secure the Aid Decree? And it will always be for this reason that in the growth projections of the EU Commission for 2023, Italy appears sadly behind with 0.9% against the 1.9% expected only last May?