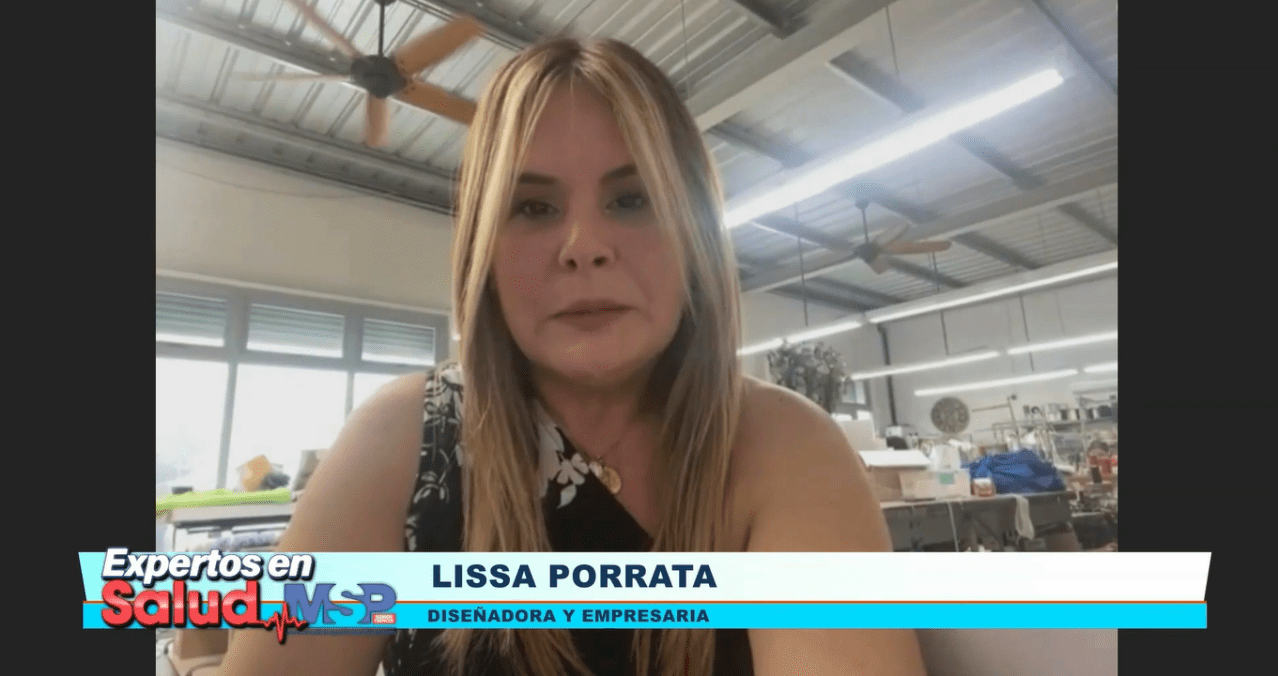 “I was getting between 10 and 18 migraines a month, it was very incapacitating”, Lissa Porrata

There are millions of people in the world who are unaware that they suffer from migraine, due to individualized symptoms.

Lissa Porrata is a Puerto Rican haute couture fashion designer. businesswoman and migraine sufferer for more than 25 years. In dialogue with Medicine and Public Health, expressed that this condition can become really disablingreaching a point where it affects their quality of life.

In this regard, he explained that due to his profession he must be on his feet for long hours, in addition to being inclined and attentive to every detail of the design, that in the medium term has generated strong symptoms of migraine, characteristic of this neurological condition.

“The reality is that because of the position in which we designers work, we are standing all day, looking down, and all these muscles in the back of my neck and back were very swollen“, he expressed.

According to neurology specialists, the migraine is a neurological condition that encompasses different symptoms or manifestations, in addition, it is characterized by generally occurring on one side of the head, pain can range from moderate to severe and if the patient does not take the medications, he can continue with the pain between 4 to 72 hours.

“They were giving me between 10 and 18 migraines a month, it was very disabling, I worked, but very uncomfortable,” said Lissa Porrata, who also stated that her days off or rest, which are usually Sundays, had severe migraine attacks, due to continuous work during the week. “Really she didn’t have a very good time on her days off and since she was working all week, on Sunday she had a strong attack, the condition was very disabling” he added.

There is no cure for this disease, however, advances in medicine have allowed the development of drugs to treat it.

For Lissa, the treatment guided by her specialist, Dr. Franchesca Fiorito, subspecialist neurologist in headacheshas allowed him to improve his quality of life and productivity“The pain and inflammation that I presented is one of the things that the doctor worked with me, with the botulinum toxin, I have noticed a great difference and with the medications in the treatment, I have seen a change in my life“.

Dr. Fiorito affirms that there is a stigma about this disease, about its manifestations in patients, “many times there is the stigma that one is being dramatic, one does not work, and there are so many people in the world who suffer from the condition and continue their lives even if they feel terrible” he claimed.

And that was the life of Lissa, who before finding an alternative with her specialist, noticed that their productivity decreased and the symptoms were getting stronger.

“The truth is that one day of mine with migraine they worked, but the production was not the same, besides that it prevented me from many things, what I could eat; there are many things that I have been eliminating from my diet to avoid pain “he pointed out.

Due to the above, he highlighted the importance of the relationship between doctor and patient, since this communication allowed him to understand the condition and learn to know your body to achieve symptom control.

“The first time I was the doctor, she spent a long time explaining to me the different causes and alternatives that we had and I understood that finally someone understood what was happening to me,” Lissa said.