..Gema Maldonado.
Maria Elisa Verdú He has been practicing medicine in Africa for 46 years, almost 12 years in Rwanda and the rest of his professional life in Mozambique. Since he finished his specialty in internal medicine at Hospital la Fe de Valencia, he has done practically everything in his destinations: from surgeries to obstetrics, through the follow-up of chronic patients and care for patients with infectious diseases.

Account that for her “It makes much more sense to be in Africa than in Spain fighting for positions of responsibility”. Why? “I am a doctor and daughter of the Charity of Saint Vincent de Paul, we make a vow of poverty”, account by phone during a recent visit to Spain. This Tuesday, the date on which this interview is published, Dr. Verdú has already returned to the health center she runs, the Carmelo Hospital, in the city of Chokwe, located in the province of Gaza, south of Mozambique and very close to South Africa.

For Dr. Verdú “It makes much more sense to be in Africa than in Spain fighting for positions of responsibility”

There, after getting the building, a former Discalced Carmelite convent, to be transferred to them, and after years of improvements, since 1995 it has been dedicated to treating patients with AIDS and tuberculosis. For a few years, it has also been a hospital for people with chronic diseases.

Although they have been integrated into the network of the national hospital service and have an agreement with the Ministry of Health, the Mozambican government only finances 10% of the budget it needs to cover all its needs. Different donors and projects maintain the daily assistance of this hospital, which has 130 beds, a molecular biology laboratory and a center for children with diabetics. “We assure them the treatment until they are autonomous to follow it at home”, Explain.

“With Covid-19 everything has collapsed, but before we had 9,000 patients with AIDS in follow-up”

The Covid-19 pandemic has disrupted the hundreds of daily consultations that the hospital had for the follow-up of some 9,000 AIDS patients. About what it is like to practice medicine in this enclave marked by high rates of AIDS and tuberculosis and about the needs of the hospital and its new rooms for infectious diseases, we spoke with Dr. Verdú. 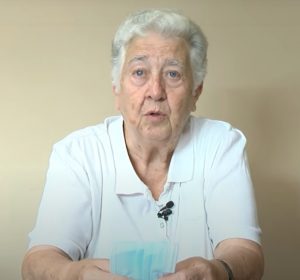 What is the incidence of AIDS and tuberculosis in the community where you work?A lot. In AIDS we have reached almost 50%. Now it’s down. In addition, 80% had associated tuberculosis. We have also had up to 10% of children with AIDS, we had a hard time until there were infant formulations to treat these children. Now the rate has been cut in half because we control women very well. With Covid-19 everything has collapsed, but before we had 9,000 patients with AIDS under follow-up and between 1,500 and 1,900 patients with tuberculosis. There were about 3,000 chronically ill patients in follow-up. Before the pandemic, there were between 300 and 400 consultations a day.

«We had to send the patients to Maputo, four hours away, to have a PCR because here all we had was an antibody test. Many people died on the way »

How has the pandemic changed the follow-up of these patients?
With the confinements there were many people who could not come and from 300 or 400 daily consultations we went to about fifty. Instead of coming once a month, they came in a more spicy way or did not come when it was their turn, which made it difficult to follow the AIDS treatments. And these people cannot be without your treatment. Some of those who went to South Africa were left there confined and without treatment.

When we suspected that they could have Covid-19, we had to send them to Maputo, four hours away, to have a PCR because here all we had was an antibody test. Many people died on the way or when the results of the PCR arrived, 15 days later, some had died. For all this we fear that there may be an outbreak of AIDS and tuberculosis. Now is when we will see the consequences of all this.

Dra. Verdú: «We fear that there may be an outbreak of AIDS and tuberculosis. Now is when we are going to see the consequences of the pandemic »

And the Covid-19, is it hitting hard in Mozambique?
The pandemic was very bad at the beginning of this year because there are many people who go to work in South Africa, where there were many infections and where the South African variant was detected. Between December and February many people died from lack of oxygen. That was the big problem here, the lack of medication and oxygen. On the other hand, confinement is impossible. You live more outdoors and 80% of the work is informal, many families depend on buying and selling things on the street.

Now the number of infections has dropped and vaccines have increased somewhat. About 10% of the population is vaccinated, but the increase in administered doses depends a lot on their availability, because the Ministry of Health is not buying them, we depend on those made available to us by China, where are the vaccines that we have put from. .

“We need beds, a tension device, oxygen concentrators to transform the ambient air and thus not use so many oxygen bottles”

In our community of religious, almost all of us passed the infection between February and March. I had a serious Covid-19. In those months we decided to make rooms to treat AIDS and Covid-19 patients, at the same time, they would serve to treat patients who had to be isolated, such as patients with meningitis or highly resistant tuberculosis that are very contagious. Manos Unidas helped us with the construction and now we need help for equipping small things. 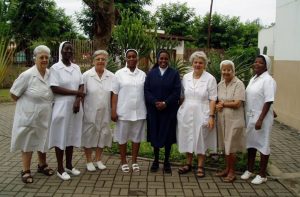 What things do they lack?
We need beds, a tension device, oxygen concentrators to transform the ambient air and thus not use so many oxygen bottles. We also want to build a pharmacy because we don’t have medicine. You have to go to Maputo, four hours away, to find drugs like furosemide. We already have the accreditation of the Ministry and now we need to build it. There are many open gaps and we are struggling to meet the needs of the people around us.

«It is a pity that in Spain you talk about the third dose and there are no vaccines there. There are such unfair things! “

How is this shock to see that there are no vaccines there and here we are increasing the population with a third dose?
It is a pity that in Spain you talk about the third dose and there are no vaccines there. There are such unfair things! Just because we were born here we have the right to everything and being born in other places means not having the right to anything. In Spain they do not talk about Africa, no television does. The reality of other countries is not known and they only go to Africa to take advantage of the resources that are there.

During his specialty in Spain, he practiced medicine here. How is the daily practice of medicine in Spain and Mozambique?
Well, at that time of the specialty I think I was a little better, but now I see the practice of medicine totally dehumanized. Medicine has been divided into many specialties and the doctor does not see the patient in his totality as a person. Now, with the Covid-19, contact is being even more difficult.

Dr. Verdú: «In Mozambique we make medicine very close to the people, we have to think a lot, since we don’t have resources. It is a much fuller life »

On the other hand, in Mozambique we make medicine very close to the people, we have to think a lot, since we do not have resources, and this stimulates more human contact and the attempt of other types of solutions, it forces you to develop your ingenuity and with little knowledge. save a lot of people. I think that as a doctor, as a person and daughter of Charity, I would have to pay to be in Mozambique, it is a much fuller life.