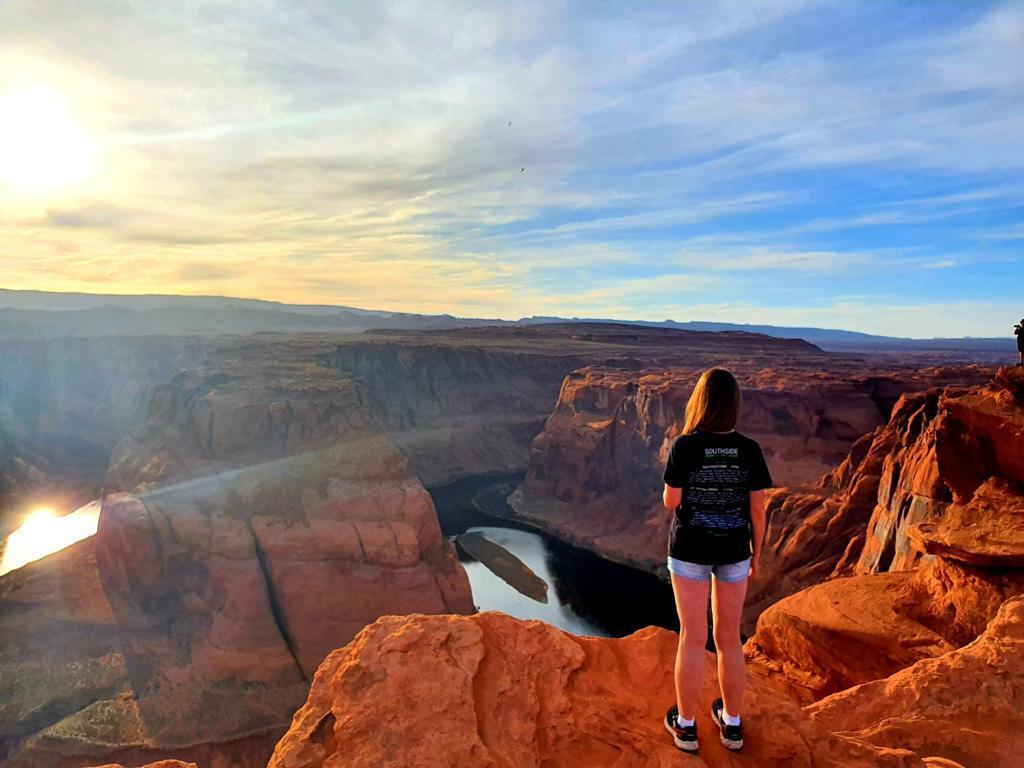 “I only weighed 28 kilograms” – Claudia G. about her way out of anorexia – Rems-Murr-Kreis

Trigger warning: The following text is about eating disorders such as anorexia and bulimia.

“Anorexia is a false friend. You think you’re in control, but actually it’s the disease that has the upper hand. It determines what you think, what you eat, what you do”. Claudia G., 31 years old, suffered from anorexia for years. She almost lost the fight against the deadly disease. A conversation about the struggle back to life and moving on with a voice in your head that is sometimes loud and sometimes quiet.

When she thinks about the beginning of her anorexia, she can’t pinpoint an exact date. It’s a gradual process, she says. As a child, she had problems with eating. At the age of 14, Claudia was very overweight. She weighed 106 kilograms. In order to lose weight, to feel more comfortable in her body, she started throwing up her food.

She first slipped into bulimia in order to better cope with her problems. She needed the food because it was an anchor, a kind of protective wall that she had built up: “In my head, I thought bulimia would be a good way, because then I could still eat,” she says.

Then, at 16, she noticed the attention she was getting for losing weight. She was getting closer and closer to her actual goal of “looking better”. So she slipped from one eating disorder to the next. Eventually she said to herself, “No, I’ll stop spitting!” But for a different reason than you might think.

She had developed a real fear of calories and gaining weight: “I was afraid I wouldn’t be able to spit it all out and then I forbade it.” Instead, Claudia G. began to eat less. From that moment on she fell further and further into the abyss of anorexia and at first couldn’t find her way out.

She still remembers exactly what her everyday life looked like at that time. It always consisted of the same three components: calculate calorie goal for the day, count calories and exercise. “For several years, it was actually just about food and exercise – nothing else.” She tried as best she could to hide her illness from her family and friends and therefore always found new excuses why she couldn’t eat.

“It was super difficult because you have to keep up this construct of lies all the time,” she says. You always have to remember who I said something to and how do I get out of which situation. That is the exhausting thing about the disease. “Anorexia is like a second voice in your head,” she says. “I always say that I have the healthy and the sick Claudia in me.”

In 2007, Claudia, who originally comes from Oppenweiler, felt physical symptoms of anorexia for the first time: she fainted at school and was no longer able to attend physical education classes because her body was increasingly failing. “At some point I was down to a maximum of five calories a day,” she says. “I didn’t drink enough either, for fear there might be something in the water.” In the summer of 2007, she then went to a clinic on Lake Chiemsee. But she still didn’t understand the seriousness of the situation. She spent nine weeks there.

When she was released, she knew she wasn’t stable. “I went home thinking that whatever I had gained there, I would immediately lose it again,” she says. And she did it too. She experienced a relapse: “I weighed only 28 kilograms; that was the real anorexia.”

Just a few months later, Claudia had to be put into an artificial coma. Her sister, she says, couldn’t stand the situation any longer and called the ambulance. “In the hospital they said my organs couldn’t cope much longer. My sister saved my life with it!”

New will to live developed through outpatient therapy

During the corona pandemic, experts observed an increase in eating disorders. Many of those affected would also relapse during this isolating period of lockdowns. The offer of help, as well as life around it, came to a standstill due to Covid. If you have to wait so long for a clinic or therapy place, it is not unlikely that those affected die of anorexia or are already in it too deep, Claudia thinks.

In such a situation, it is much more difficult to get out of your old patterns. “If I’m anorexic and don’t have to go to the office, I have more time not to eat and to exercise,” she says of how it probably looks in the minds of other sufferers during this time. “After all, nobody sees me when I’m at home.”

When asked if she is still afraid of a relapse, she replies: “Yes, definitely!” Because of her partner and his child from her first marriage and her sister, she doubts that she will slip into this extreme anorexia again. She has become an aunt twice, the two children are her motivation in life. “Now that I have children in my life, I want to be a good role model, but the fear is already there,” she notes. Above all, critical situations, such as the loss of a loved one, stir up fear in her.

See also  Some Woods magic at comeback in Florida

Before, when she weighed 28 kilograms, she didn’t realize how emaciated she looked. It only got better over time. “My mind said to me: ‘You have to gain weight’, and the disease said: ‘The bones are beautiful!’ Today she can see herself as she is and as the outside world reflects it to her. She knows “Anorexia will probably always be a part of her life. But learning to be healthy again and eating everything again. But it’s a struggle,” she says.

In a second attempt, in therapy with Sabine Suckrau, she was only able to find out her strengths. With their help, she regained the will to live. “I fought my way back up like a phoenix from the ashes,” she says of that time in her life. At the age of 16 she became ill, at the age of 25 she regained a normal weight. The successful two-time managing director has not given up. She caught up on her Abitur and an apprenticeship – and completed both with a first grade. “Once you’ve overcome such a deadly disease and you’re fighting your way back out of a coma, nothing can throw you off course,” she says.