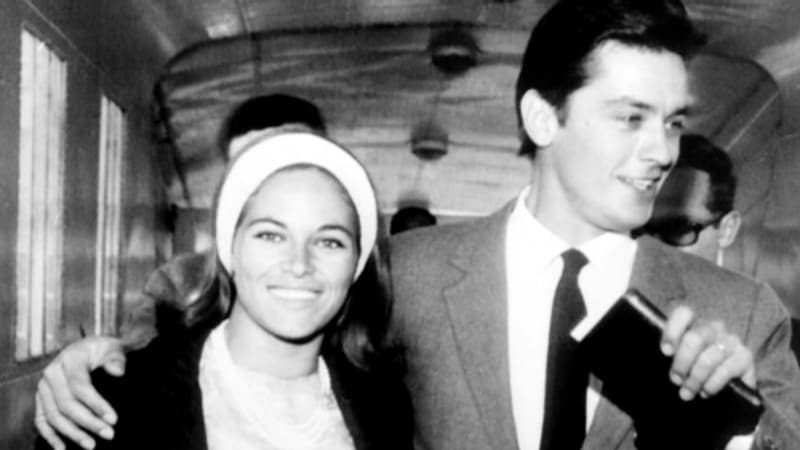 “I miss you, if you knew”: Alain Delon's moving tribute to Nathalie Delon

This Saturday, January 21, the 87-year-old actor paid tribute to the one who was his first wife, two years after his death from pancreatic cancer at the age of 79.

Two after the death of Nathalie Delon, Alain Delon paid tribute this Saturday to the one who was his first wife, from 1964 and 1969, as well as the mother of his son, Anthony Delon.

In a short message relayed by AFP journalist Jean-François Guyot, the pillar of French cinema said: “With you, I had my first son, Anthony. With you, I understood that passion could be infinite.”

And to add: “Two years already… I miss you, if you only knew…”

“The magic doesn’t work at all”

French actress and director, Francine Canovas, better known as Nathalie Delon died on January 21, 2021 from pancreatic cancer at the age of 79. She is the only woman that Alain Delon has married.

The couple divorced in 1969, after sharing the poster in 1967 in the Samurai by Jean-Pierre Melville. From their idyll will be born a son, Anthony Delon, in 1964. Nathalie Delon also appeared in Army of Shadows, Sex-shop by Claude Berri or in A faithful wife (1976) by Roger Vadim.

On Instagram, 58-year-old Anthony Delon also paid tribute to his mother by sharing a photo of her. “They say that over time it passes… I know it’s true. Only here, for the moment the magic does not operate at all”, he confides in the caption of his post.