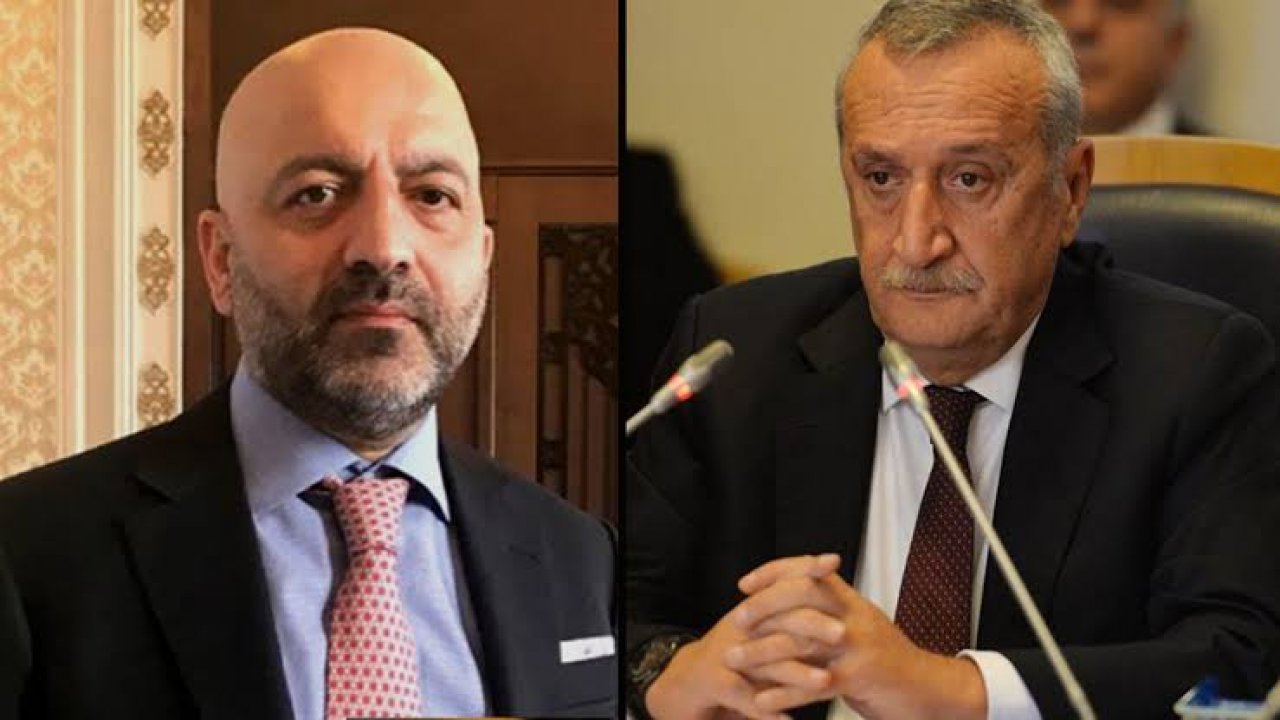 I gave the money for the track to Tolga Agar in an envelope, shame on me

Businessperson Mübariz Mansimov, who came to the agenda after the allegations of Yalıkavak Marina by Sedat Peker, the leader of the organized crime organization, whose assets were frozen, who was sentenced to prison from FETO, responded to the denial of former Minister of Interior Mehmet Ağar’s allegation that he had the prison repaired and built a helicopter field next to him when he was imprisoned. .

Business person Mubariz Mansimov, who was found to have gone to Fethullah Gülen with former Minister of Interior Mehmet Ağar after the allegations of Yalıkavak Marina by organized crime leader Sedat Peker, whose assets were frozen after being sentenced to prison with FETO, spoke to Public TV writer İsmail Saymaz. Agar denied the allegation that he had the helipad built in the prison, “It’s a pity, there is nothing else to say. I gave money to that track and (Agar’s) son. Shame on him”, Manimov replied, repeating his claim and saying:

“We went to eat at a famous pide restaurant in Aydın. While eating, (Tolga Ağar) said, ‘We need to build a helipad’. There was money in the car. My bodyguard brought it, gave it. In envelope. I don’t remember exactly, but it was over $20,000.”

Indicating that there were four people at this time, Mansimov replied to Saymaz’s question, “Then you have both the municipality done and you give money”, “It should appear in the municipal accounts. I think it’s a lie. Because I know the Mayor of Nazilli. At least he would have told me” he said.

“So they are liars, thieves, and they lied to the municipality”

Expressing that he met the Mayor of Nazilli on the occasion of Mehmet Ağar, Mansimov said, “One day he came to the marina. We ate there,” he said. “He would have told me if he had it done,” said Mansimov. “Agar is a person whose sentence has been upheld for terrorism. Which mayor makes a runway for him? Can a runway be built for one person? Let’s say the municipality built it. So they are liars and thieves. They also lied to the municipality. How else can we explain if he’s taking money from both him and me?” she asked.

See also  A year and a half after the crime of Fernando Báez Sosa: the life of the murderers

Mansimov responded to Ağar’s denial of all the allegations against him as follows:

“What am I lying? Let me tell you that what I said is a lie. You can see it from Civil Aviation if you want. No one other than my helicopter went to that runway. Once the late Mustafa Koç and Ferit Şahenk. The rest is always my helicopter. I was just going. Other people who wanted to go were also using it. The helicopter was in Bodrum. There were a lot of well-known people coming and going. How many times did İhsan Kalkavan go to him? Tell me why did you come?”

Saymaz reminded Sedat Peker’s claim that “Seven books and one letter Gülen sent to Ağar”; Mansimov said, “I knew a book was coming. The letter was as if there was such a thing. I know something like this: They dismissed Aydın Chief Public Prosecutor Ekrem Yiğit from FETÖ. (Agar) I know that he wanted a lawyer job from PETKİM for him. They gave the lawyer, not the job,” he said.

For the claim that “he gave his house in Ulus to Agar”, “How can he object to him? (Residence) Registration was here. In the house I currently live in. He sat here before he went to prison. He surrendered when the prison renovation was completed. You remember, his sentence was upheld, he surrendered a month later. He can’t object to it,” he said.

“Agar should take care of himself, he is a person who praises Gülen at the Turkish Olympics”

Renewing his claim that he had the prison renovation done, Mansimov said, “What were the costs, I covered all of them. Let the gentleman come out and say ‘my son had it done’ or ‘I had it done’. He says on TV ‘I have retirement, I have nothing.’ He says he lives an almost impoverished life. He also put a picture of Erdoğan and Atatürk on the back. I’m sorry, I say ‘h…’ What will he say about me anyway, I came out and told him before I left. I already admit that I went to Pennsylvania with him. Let Ağar look at himself, he is a person who praises Gülen in the Turkish Olympics.

See also  Who is the winner of the 2021 FIFA World Player of the Year award?

“I made a complaint about Ağar, the prosecutor’s office closed it”

He denies me, but why doesn’t he deny Peker? Peker says, ‘You wanted to kill Mubariz.’ I filed a complaint about the agar. The prosecution closed. They question this in a state where the law works properly. Friend, you were the minister of interior and justice. If something is being hidden, isn’t it a crime? I say, come out and talk. There are hundreds of FETO praises. Let Mubariz show you one.”

CLICK – Mehmet Ağar spoke about Mansimov’s allegations: I did not build the helipad for the prison, the MHP president had it built