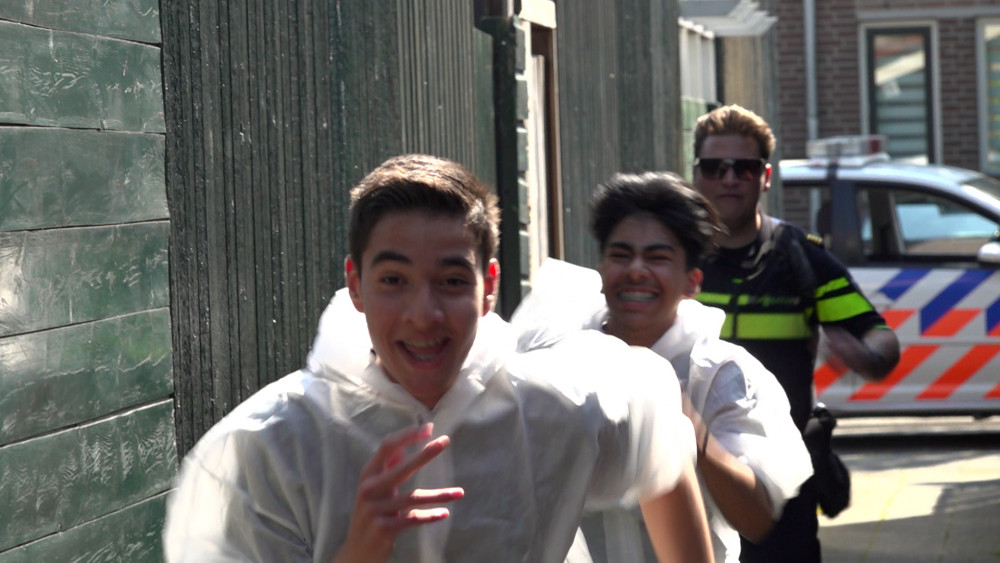 Hundreds of young people on the run from the police: “I got caught by a biker”

The Alkmaar police organized a ‘hunt’ yesterday, where they took on the youth. About a hundred young people between the ages of 12 and 19 took part; dressed in white overalls with shirt numbers, they fled from the police. The goal for the ‘fugitives’ is to get three stamps without getting caught. The police tried with all their might to prevent this.

“We got caught by the bikers,” complains one participant. He finds it much heavier than expected. “We hunt them until they are tired, and then we catch them easily”, chief officer Wouter laughs. Like his colleagues, he has a lot of fun this day, but there is also a serious purpose to the hunt.

“We want to improve the image of the police,” says Wouter. According to him, the distance between the youth and the police is too great. “We hope that this will make it easier for young people to have a chat with the police.”

Youth worker Paloma Samuel thinks this works well. “Everyone is enthusiastic and I hear them say that they can now have a conversation with an agent in a normal way.” The participants also indicate that they enjoy running away from the police legally once.

Before the start, instructions are given, with a particular emphasis on safety. “It is not the intention for the young people to run down the street like a headless chicken, if we see that we will stop the pursuit,” said Wouter.

The police report that they look back on a very successful day. There were a total of one hundred participants divided over two hunts. The first hunt was for young people aged 12 to 16. 70 people took part in this, 29 of them made it to the finish.

The participants of the second group were older, 17 to 19 years. In this hunt, 30 participants took part, none of whom made it to the finish.

💬 Don’t you want to miss anything from Alkmaar and surroundings?

Seen a typo? Let us know at [email protected]