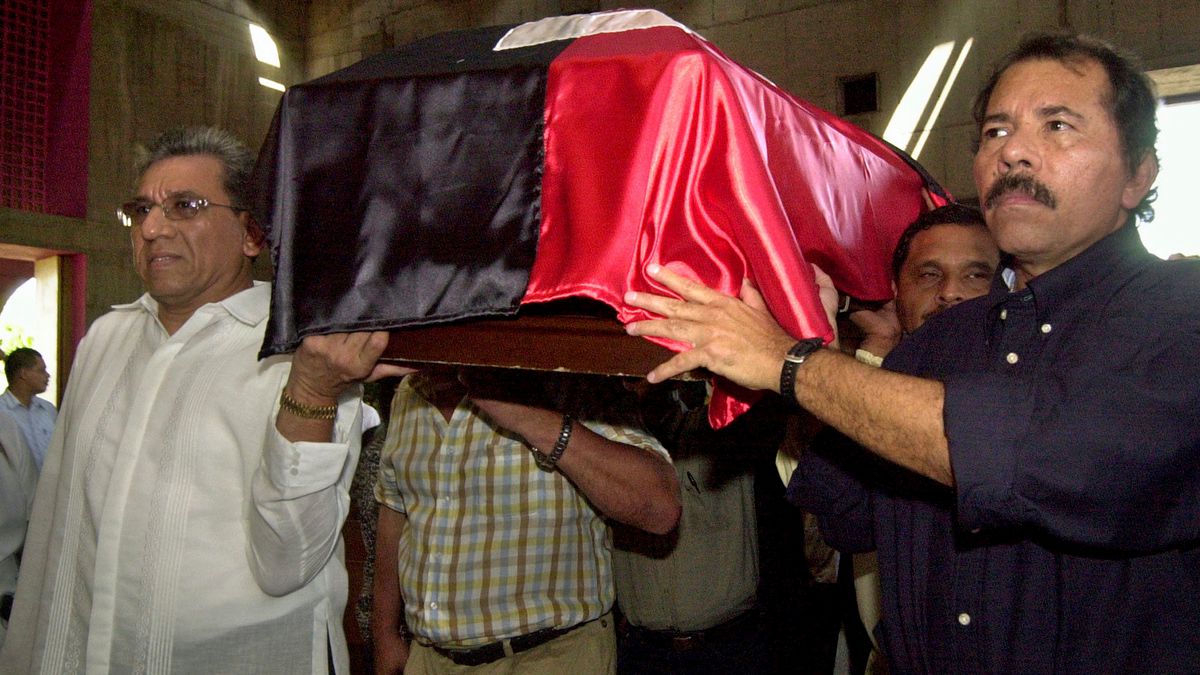 Humberto Ortega: Daniel Ortega’s brother reproaches him for the fact that Hugo Torres died due to the “cruel confinement” to which he was subjected | International

Eight days after the historic Sandinista commander Hugo Torres died in the hands of the Daniel Ortega government, retired General Humberto Ortega published an opinion article in the daily the press that has caused a stir in Nicaragua. The brother of the Nicaraguan president has reproached the 73-year-old political prisoner for having died “by being exposed in the cruel confinement” by the judicial authorities of the regime headed by his brother and his sister-in-law, Vice President Rosario Murillo.

In the article titled Partner Hugo Torresthe brother of Daniel Ortega highlights the revolutionary deeds of the deceased, especially the two guerrilla operations he led in 1974 and 1978 [los asaltos a la casa de Chema Castillo y la toma del Palacio Nacional], which forced Somocism to release Sandinista political prisoners, including current president Daniel Ortega. Ironically, many sectors in Nicaragua have criticized Torres, who died in captivity and was accused of “conspiracy” by the man he saved at the cost of risking his life in the past.

“With that same fighting spirit, now in the civic arena, Hugo Torres is part of one of the various fractions into which the former Sandinista Front has been divided since the 1990s, and he does not shy away from sacrifice, prison, in which a Once again he demonstrates his revolutionary convictions, and dies, like anyone of his age and physical conditions, when exposed to cruel confinement,” wrote General Ortega, a decisive military figure in the democratic transition in the 1990s.

Since 2018, after the social protests that were violently repressed by the regime’s police and paramilitaries, General Ortega began to criticize his brother’s Administration. Although he doesn’t do it as often, this time he again calls for the release of all the political prisoners held by the government.

“This unfortunate, painful outcome of a comrade in struggle, who consistently fulfills this oath to the end [revolucionario]must contribute to the solution route to the political crisis that our country suffers, which urgently requires a climate of reconciliation, which is generated by the release of political prisoners, through any of the legal, legal instruments required ”, raised General Ortega.

In July 2021, when President Ortega unleashed a hunt for opponents that served to liquidate the general elections and perpetuate himself in power, General Ortega said on CNN that the political prisoners were not “terrorists,” as official propaganda insists. that justifies spurious judicial processes, according to human rights organizations. “The political prisoners have not attacked the stability of this country. They are simply opponents who have their points of view as I do. I have criticized the current government with all firmness and respect, and that is not why I am now going to be classified as a terrorist or a traitor to the country,” he insisted.

The retired general remains on the sidelines of Nicaraguan political activity, except for these public statements. Humberto Ortega is one of the most preponderant military chiefs in the country’s recent history. However, his critical stances seem not to have an echo – at least publicly – in the Nicaraguan Army, an institution that has not only kept silent about the death of Hugo Torres, who was a brigadier general, but also about all the human rights violations crimes committed by the presidential couple since 2018.

In addition to the conviction of Humberto Ortega, this Friday the pressure on the Nicaraguan government has multiplied due to the death of Hugo Torres in prison. The Organization of American States (OAS) and 27 countries demanded the immediate release of political prisoners, while condemning the death of the former guerrilla. “We are deeply shocked by the death of Nicaraguan citizen Hugo Torres who was a political prisoner and who had been arrested last June and held in inhuman conditions, like many other people imprisoned for his political opinions. The circumstances of his arrest and his premature death constitute a painful injustice both for him and for his bereaved family, and an affront to the values ​​that our nations defend, ”the OAS countries denounced.

The US considers putting pressure on the sugar tycoon

On the other hand, the Associated Press (AP) agency revealed that the Joe Biden government is considering expelling Nicaragua from the Free Trade Agreement (DR-Cafta), but it is a remote possibility since there is no mechanism for it. However, a Washington source consulted by AP assured that the most feasible thing is to stop importing certain Nicaraguan products, such as sugar. This measure would directly hit Carlos Pellas, one of the richest men in the country and owner of the largest sugar producer, the San Antonio sugar mill.

“Choosing sugar could be a way to mobilize Carlos Pellas, the richest man in Nicaragua and owner of the largest sugar producer. Pellas was one of the signatories of an open letter from businessmen after the 2018 anti-government protests, in which Ortega was asked to bring forward the elections. He warned that the country’s economic model was bankrupt. But he has remained on the sidelines, at least publicly, since Ortega began to really repress,” the agency report cites. After the brutal repression of the protests, the tycoon has remained silent, even after the arrest of several members of the Superior Council of Private Enterprise (Cosep), the largest employers’ association in the country.

According to AP, the elimination of that US subsidy worth millions of dollars each year would be aimed at putting pressure on Pellas. According to a report from the CONNECTAS platform, between 2008 and 2018, the businessman was one of the most important promoters of the political and economic model that worked in Nicaragua under the name of Dialogue and Consensus, but which consisted of granting economic advantages to large businessmen, in exchange for supporting Ortega’s political decisions, including his re-election and the destruction of the institutions and the opposition. However, the relationship was fractured by the repression of the protests and to this day it has not been able to be recomposed. However, Pellas, a determining factor in the business community, has kept silent until now about the repression against opponents and the liquidation of the elections last November.