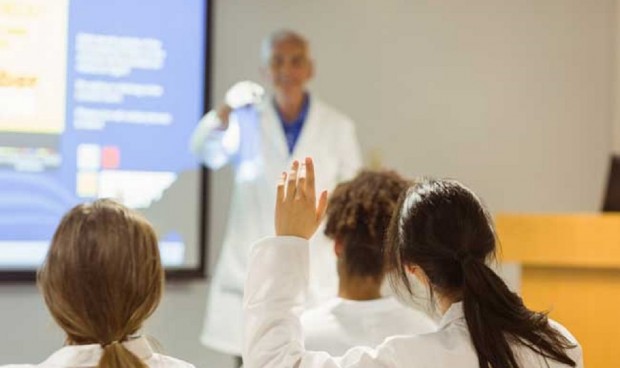 Humanizing healthcare: “It should be taught in Medicine”

Carlos Velayosintensivist, has wanted to use his social networks to launch a message in favor of “humanize primary care”. To do this, he has given as an example the situation that a student from the Faculty of Medicine experienced together with a professor from the center. “A student cannot attend an exam due to the death of her grandfather and writes to the coordinator of the subject to inform her,” she begins by recounting, stating that the young woman’s goal was to find “a solution or alternative.” “No news from the coordinator,” adds Velayos.

However, the surprise comes when the student manages to locate her and the response she receives. “There’s nothing to do, you lose the exam and period“, he blurts out in his message, adding that “everyone makes their own decisions and has to bear the consequences.” “This is not school. your classmates also skipped it to get their driver’s license”, adds the teacher. A situation with which Velayos reflects and wonders what message is being given to the students with these positions.

That there is nothing to do. Who fails the exam, period.
That everyone makes their decisions and has to bear the consequences.
That other students also decided to take the driving license test that day.
that this is not school

What message are you giving your student?

“The message is devastating”, admits the doctor on his Twitter account. “The lack of understanding that she shows, the lack of empathy for the pain and difficulties of her student is tremendous,” Velayos concludes about this situation, pointing out “the lack of respect that is comparing a driving test with the death of a family member” .


Humanize health and promote it in the training period

In addition, the intensivist stressed the importance of “the humanization of health care” and that this should begin at the university. “It is a subject that must be taught”he adds, pointing out that “it is an option that has to be lived, an example that has to be given and they lay the foundations in the formative period”.

The need for Humanization of health care begins at the University.
It is a subject that must be taught. An option that has to be lived and an example that has to be given.
If the foundations are not laid in the training period, then we will have teachers like this one.

An opinion that many colleagues and professors share and that they have also wanted to emphasize that “that same humanization is necessary later when exercising the Medicine“. While a health worker stated that “if you are so incompetent in medical matters that you do not understand that the loss of a family member is a matter of mental health You shouldn’t be able to teach future health professionals.” “With this kind of comments and attitudes, how can doctors not later exist with a tremendous lack of empathy?” wrote another user.

The message is devastating.
The lack of understanding she shows, the lack of empathy for her student’s pain and difficulties, and the lack of respect involved in comparing a driving test to the death of a family member is tremendous.
Anyway… What a lack of humanity!