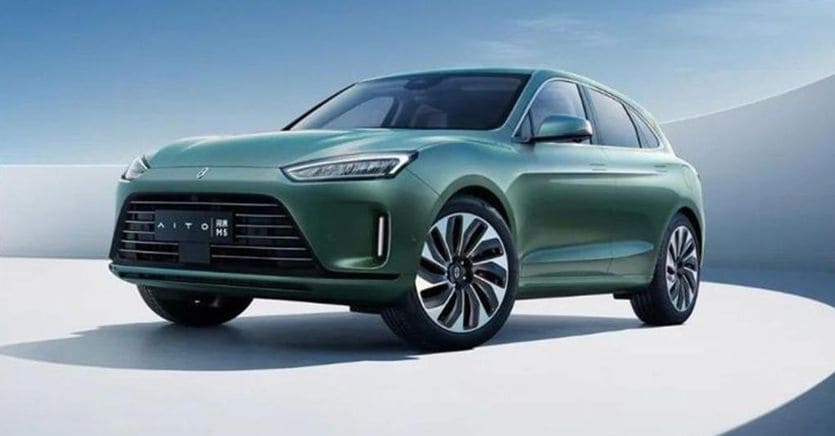 Huawei Aito M5, here is the electrified SUV with 1,200 km of autonomy

Huawei makes its debut in the world of cars and does so with the new Aito M5, electrified SUV ready to challenge the Tesla Model Y. The comparison came directly from Richard Yu, CEO of the Chinese manufacturer, who confirmed how the new M5 will have power and autonomy higher than Elon Musk’s SUV. The more than 1,200 km of autonomy, according to the Nedc cycle (different from wltp), will be possible thanks to the presence of a 1.5-liter petrol engine that will be used as a range extender exclusively to recharge the batteries.

Seres brand product, the SUV with extended range engine (EREV), will be able to rely on the Harmony OS operating system made by Huawei, capable of managing the main functions starting from the on-board electronics and arriving at the infotainment. As already seen with Xiaomi, another Chinese smartphone and technology manufacturer that has now also entered the world of cars, the integration between software and personal devices will lead to maximum integration between the car and the surrounding environment starting from the possibility of opening the car via smartphone or smartphone.

Initially available only on the Chinese market, the Aito M5 will be marketed at a starting price of around 35 thousand euros. First deliveries from next February.