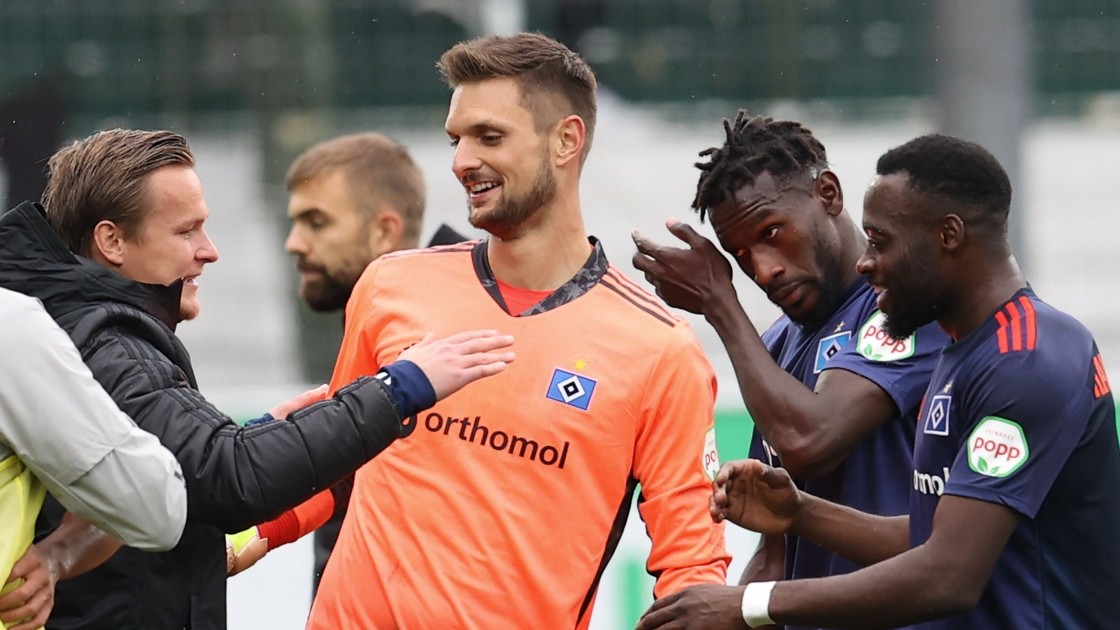 It has been a while since Hamburger SV last reported such positive news: three games, three wins – HSV’s start to the season has not only been flawless in terms of points, it is also a new one for the traditional club in the second division This is of course mainly due to the fact that HSV’s second division history is still young. Nevertheless: The 1-0 victory on Saturday at SpVgg Greuther Fürth fits into the coherent picture that the team has so far given under their new coach Daniel Thioune. An image that is slowly raising hopes in Hamburg.

Even before the game, Thioune had admitted a certain role of favorites at the press conference, still emphatically modest, but after the disastrously botched promotion last season, words like “favorite” had hardly been heard in Hamburg recently. The appearance in Fürth also spoke for the growing self-confidence: stable on the defensive, robust in duels, serious until the end despite a setback.

In the 53rd minute, central defender Toni Leistner, who was replacing the injured Tim Leibold as captain, saw the red card after an emergency brake. Before halftime, Khaled Narey had put HSV in the lead after a fine through pass from striker Simon Terodde (45th), so it was now a matter of defending the narrow lead against a powerful opponent. The HSV last season would have shaken a lot, probably in the end it would have suffered another big shipwreck – but this time the coach was not allowed to express a “big compliment” wrongly. Fürth could hardly play out compelling chances in the majority – and HSV ultimately passed this “huge challenge” (Thioune).

Now it wouldn’t be the first time that HSV started the season like a serious aspirant, only to screw everything up in a grotesque way. HSV sports director Jonas Boldt has made some corrections in the squad in view of these experiences: Sven Ulreich, 32, played for the first time against Fürth, who showed an impeccable performance and should finally become the consistently reliable number one in the HSV goal. Otherwise, with the obligations of striker Terodde, midfield clearer Klaus Gjasula and the (so far rather inconsistent) Leistner, a lot of emphasis was placed on experience – and also on the fact that old hierarchies are broken up under the new coach. The hierarchy remains one thing in Hamburg: Sports director Boldt would like to extend his contract, which will expire in summer 2021, but the supervisory board is still taking its time. Recently there were therefore rumors of an interest from the Italian first division club AS Roma. It just doesn’t work in Hamburg without a little restlessness.