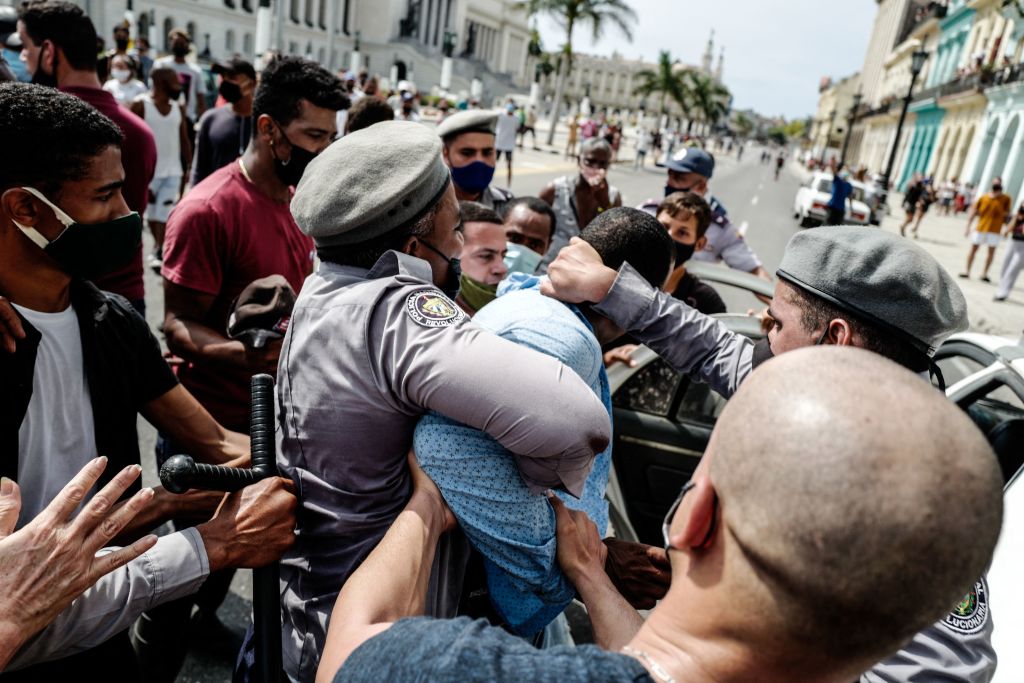 (CNN Español) — The Executive Director of Human Rights Watch (HRW) for the Americas, José Miguel Vivanco, published this Friday a list with 423 people that they would have been arrested after the protests that took place since Sunday in Cuba.

The document details that some of these people have already been released, while others have their whereabouts unknown or have been confirmed as detained by the authorities.

CNN has not been able to independently confirm whether all of these people named on the list are or were in the hands of authorities.

HRW assures that it has been preparing the list as they receive the complaints from relatives of the detainees.

Vivanco highlighted that seven of the detainees were journalists; of which at least three have already been released.

One of the detained communicators is Henry Constantín, whose mother, María Ferreiro, asked for international support to achieve the freedom of her son in statements to the press.

Ferreiro said he fears for Constantín’s life and that an “unjust” sentence will be applied to him.

The journalist was detained in Camagüey on Sunday when he was covering the protests with his work team, his mother explained.

“We have received credible allegations of beatings to people both during detention and once they were already detained,” Vivanco added.

The Cuban regime has not reported on the number of people detained since the protests. CNN has requested information and a reaction to the report through the Cuban embassy in Washington and we have not yet received a response.