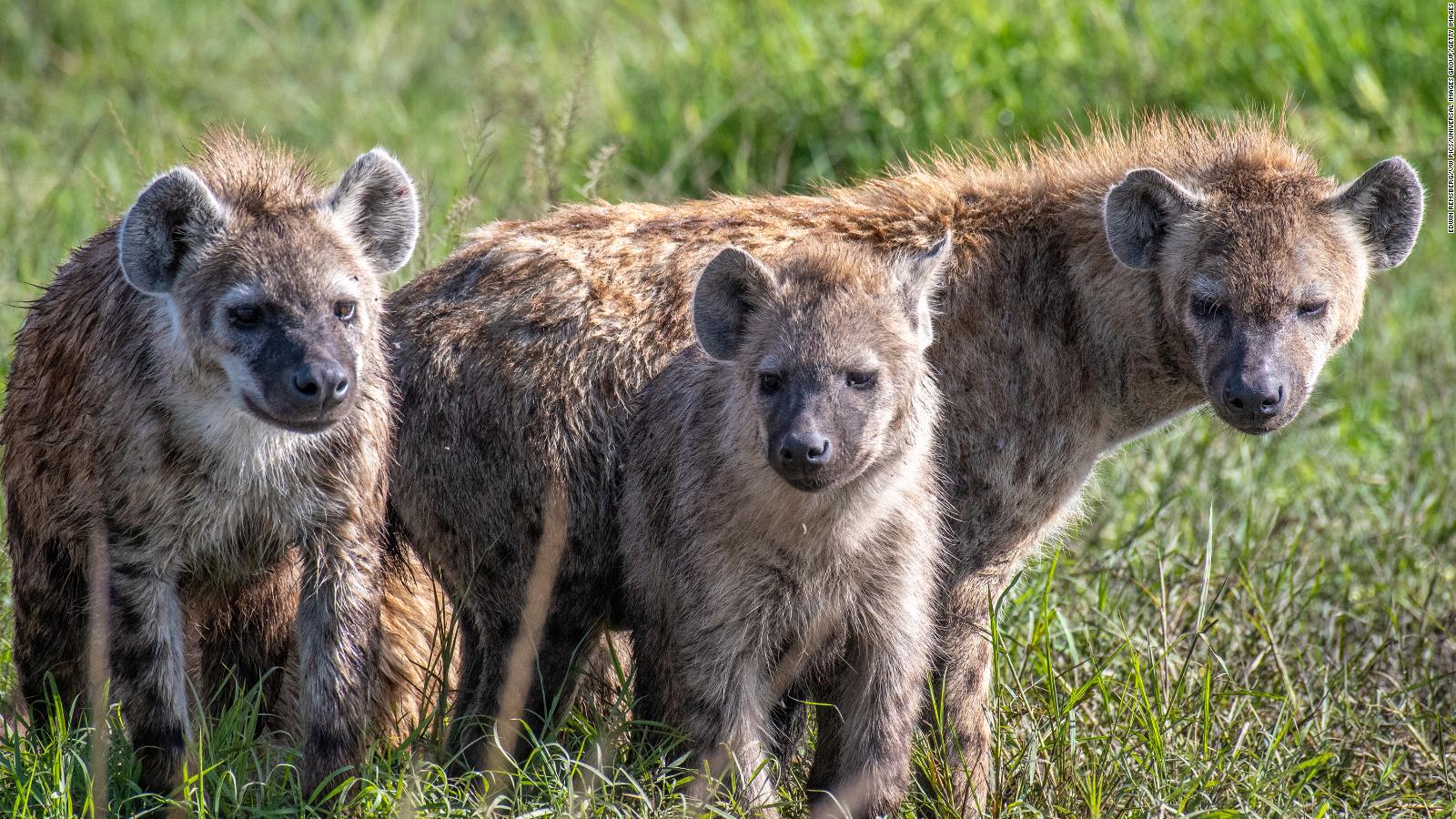 How zoology got the female animals wrong

Scientists do not know where 562 animal species are 0:56

(CNN) — The stereotypes of the dominant male and the docile female have marked zoology since the time of Charles Darwin. Today, this interpretation remains unchallenged in textbooks and nature documentaries.

A new book demolishes this sexist fallacy and tells a fuller story about the role of females in nature.

It’s a story that matters because animals are often used to shed light on supposed fundamental differences between male and female humans, and the idea that men are predisposed to assume alpha status and women are passive.

This view has been completely exaggerated and doesn’t hold up when looking at the diversity of the animal kingdom, said Lucy Cooke, a documentary filmmaker and author of “Bitch: On the Female of the Species,” which is published in the US on Tuesday.

According to Cooke, females are just as promiscuous, competitive, aggressive and dynamic as males and play the same role in driving evolutionary change.

Lucy Cooke, documentary filmmaker and author of “Bitch: On the Female of the Species,” takes a closer look at female roles in the animal kingdom.

To prove his point, Cooke, who has an M.A. in zoology from Oxford University, is pleased to detail the lives of a riot of colorful animals: killer meerkat mothers, African spotted hyenas with eight-inch clitorises, menopausal killer whale matriarchs. and albatrosses that can form long-term lesbian couples.

“I found it really gratifying to discover the diversity of the female experience,” Cooke told CNN, “and that it’s not governed by these kinds of depressing patriarchal rules.”

The myth of female monogamy

It is a common theme in nature documentaries. Males are aggressively promiscuous, but females are shy and chaste.

However, many females seek sex with numerous partners. A female lion is known to mate up to 100 times a day with multiple male suitors during heat.

Songbirds are socially monogamous while building nests and feeding chicks together, but before nesting, 90% of female songbirds have sex with multiple partners, according to research. A nest of eggs can have many parents, even if a single male songbird is raising the young alongside his female partner. It’s a fact revealed by DNA testing of eastern bluebird eggs, a technique first used by Patricia Gowaty, an emeritus professor of evolutionary biology at the University of California, Los Angeles.

“This study caused me a lot of criticism,” Cooke quotes Gowaty in his book. “It was like he found something out, but he offended so many people it was unbelievable. They couldn’t imagine females being anything other than benign.”

It wasn’t until the 1990s that the ornithological world accepted that female birds were promiscuous, opening the door to similar studies on reptiles and amphibians. According to Cooke’s book, experts now believe that true monogamy only occurs in 7% of species.

DNA testing of eastern bluebird eggs revealed that a nest of eggs can have many parents.

Promiscuity of females to protect the young

What role does all this sex play in the animal kingdom? It’s not just about maximizing your chances of getting pregnant. It is a strategy that for some animals could increase the chances of survival of their young.

Male langur monkeys in India routinely kill unweaned young when taking over a herd, studies have shown. The same behavior has since been observed in dozens of other primate species, including chimpanzees, and in animals such as lions.

A group of langurs sit on the branches of a tree in Pushkar, in the Indian state of Rajasthan, in 2018.

Experts believe that females are driven to have sex with male suitors outside and within their group to confuse paternity, which has the effect of protecting their young and may force their male partners to care for them. Aggressive sexuality is seen among female chimpanzees, who have only five or six young in their lifetime, but can have sex thousands of times with dozens of male chimpanzees. This aggressive sexual behavior of females is also seen in Barbary macaques and savanna baboons.

See also  McAvoy would break the bank in Boston

“The idea that females are as sexually aggressive as males is not something that a lot of people are comfortable with,” says Cooke.

But for some animals, promiscuity is about being a careful mother.

Genitals might be thought to be the distinguishing feature of the sexes, but Cooke found that dozens of female animals exhibit distinctly phallic sexual anatomy.

For example, the African spotted hyena. It has a 20 centimeter clitoris with the same shape and position as the male’s penis. This female hyena also has boners and is larger and more aggressive than male hyenas and lives in matrilineal clans of up to 80 individuals ruled by an alpha female matriarch.

The study of the spotted hyena and other “masculinized animals” such as lemurs and mole rats has shed light on how an animal becomes a female, a field little studied.

Traditionally, testosterone was thought to be the driving force that programmed embryos to be male, with the assumption that “female” was the passive defect. But now it is considered too blunt a way of looking at the differences between the sexes.

Biology has had a hard time accepting the alpha female. According to Cooke’s book, researchers at the time dismissed hierarchical fighting between female pine jays as “the avian equivalent of premenstrual syndrome.”

But many animal societies are dominated by females, including the aforementioned hyenas, and they can be obnoxious at times.

Clans of meerkats, the friendly mongooses that stand up on their hind legs to survey the African savannah, are dominated by a single female who monopolizes reproduction. The main objective of her is to prevent her female relatives from having their own young, instead she forces them to take care of her own. When their rivals reach reproductive age, the alpha meerkat kills them or expels them from the group.

“The fascinating thing about the bonobo, because we are equally related to bonobos and chimpanzees, is that there is a clear demonstration that dominance has nothing to do with sex. It has to do with the environment in which the animal is found” Cooke said. “There is no rule.”

Control in the battle of the sexes

Even in societies where males are more dominant and sex is often coercive, females have developed creative ways to control the battle of the sexes.

Patricia Brennan, associate professor of evolutionary biology at the University of Massachusetts Amherst, is creating a library of replica animal vaginas, a largely understudied body part. Her research on the vaginas of ducks and dolphins reveals that they are more than just tubes. They have a unique shape with hidden cavities and spirals.

He thinks female mallards can control which duck fertilizes her eggs by allowing or blocking passage of the penis. Brennan discovered a similar phenomenon with dolphins.

A female mallard duck walks through the S’Albufera nature reserve, on the island of Mallorca, in 2021.

“In situations where there is male coercion, which is not uncommon among certain species, the female is not as much of a victim as is believed, because she is in control of who fertilizes her eggs,” Cooke said. “And as far as evolution goes, that’s all that matters.”

Cooke is already planning his next book. The topic? How Darwin Got Males Wrong.

“The alpha male stereotype is just as detrimental to men as it is to women. It misleads men into thinking they are meant to be aggressive and competitive,” he says. “Darwinian thinking is a license for toxic masculinity.”