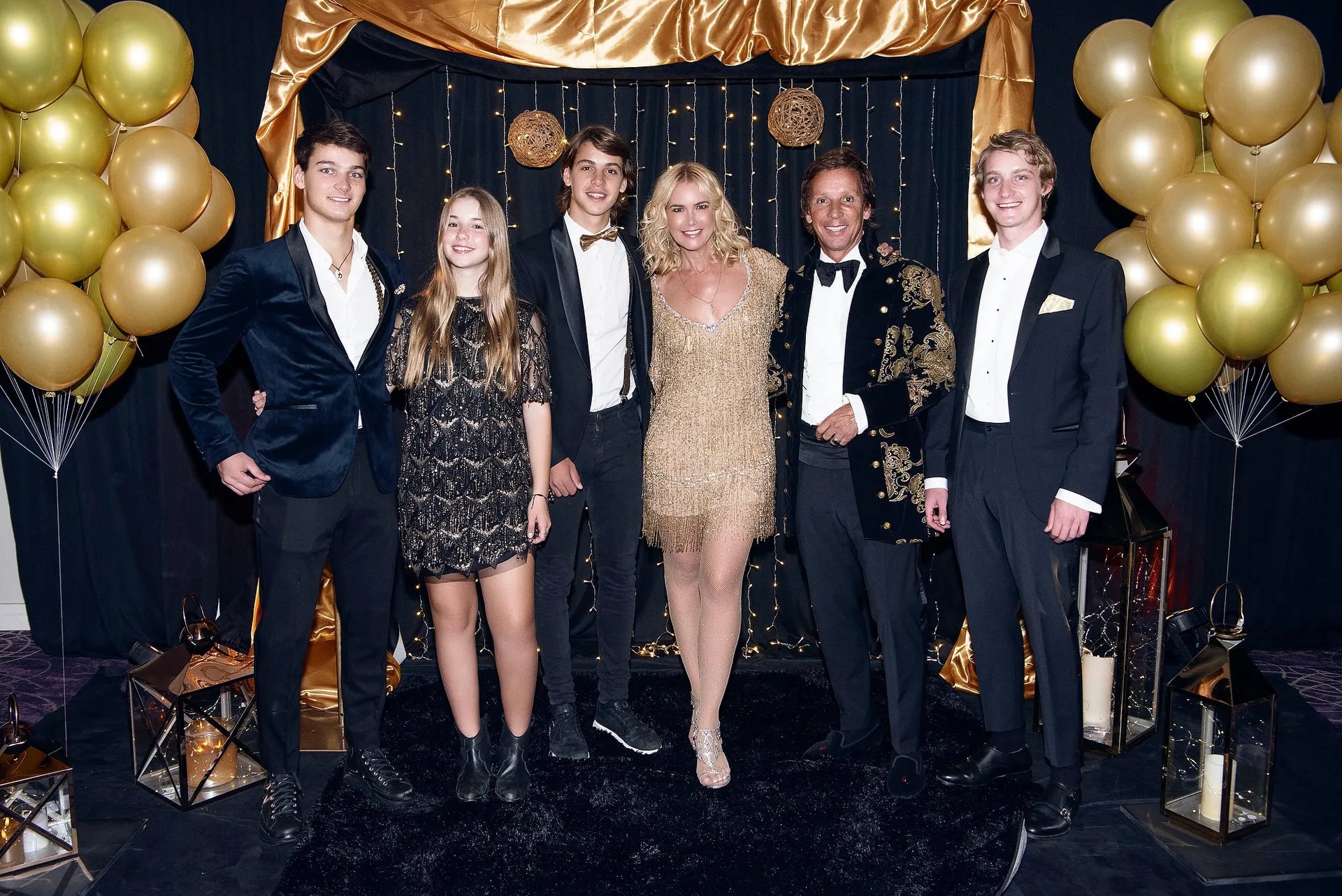 She also complies. Splendid and international reference in the world of fashion, Valeria Mazza appealed to all possible glam to celebrate his half century of life. The top model, businesswoman and driver decided to throw the house out the window or, rather, to play Paraná, the city where he spent much of his childhood and adolescence, the great stage for the celebration.

A change of decade always implies balances and rethinking. Thinking about these questions, the diva decided that the so-called “half of life” should be celebrated in that city that saw her grow on the ravines that border the Paraná, in the capital of Entre Ríos, that province of stabbed land so close and, at the same time, so distant from Buenos Aires.

Alejandro Gravier’s wife invited very dear friends that she was reaping in her working life and added those who are part of her most intimate personal circle made up of childhood friends and her schoolmates. The thing was big, to the extent of its stardom. If a party is always a source of stress, this time corkage spread over three days.

In reality, Valeria Mazza turned 50 on February 17, but, for scheduling reasons, she found the date in St. Moritz, where she also celebrated, but in a more intimate way.

The festivities started last Friday.when some of the dearest friends that the model had in the world of fashion arrived in the city of Paraná. Benito FernandezFabián Medina Flores, Gabriel Lage, Fabian Zitta, Soledad Solaro and Lorena Ceriscioli were some of the figures who arrived from Buenos Aires. The welcome cocktail was at the Hotel Mayorazgo, where they also stayed during the three-day stay.

That same Friday, a meal at a charming grill in the city crowned the first day of celebrations.

On Saturday, the delegation of celebrities was joined by schoolmates and childhood friends. All together, in an original proposal, They got on a tourist bus and went on a city tour of the city. The host businesswoman did not hesitate to act as a guide and tell the visitors about the virtues of her land.

After lunch at a local club, the delegation had the afternoon off to prepare for the big party of the night. In the same hotel where the welcome cocktail was held, the Golden Party. The place, in addition to being very charming, added a symbolic value: Right there the top model had celebrated her 15th birthday.

The party was organized by Cristina Uranga and Luli Laurencigh, and set to music by DJ Nono, all from the city of Paraná, which demonstrates the value that the city has for Mazza and the generosity of betting on local talent.

The singer CAE closed the night with a show where everyone danced and sang their hits. On Sunday, before returning to Buenos Aires, the guests had lunch in front of the river, in a bucolic farewell day that everyone appreciated.

Valeria Mazza, faithful to her essence, He wore very different designs on each day. On Friday he bet on Menage a Trois and on Saturday at noon on Twinset. For the big party on Saturday, Valeria made an impact with a Roberto Cavalli dress. As for decades Diego Impagliazzo took care of their hairstyles and Poli of the make up. The menu in each place was chosen by Valeria and accompanied by wines and champagne from a recognized brand.

It was three days worthy of a fairy tale. In that riverside city, where Valeria never stopped being, the fashion and styling businesswoman, was generous and affectionate with that bar of loved ones for whom she continues to be Vale, the girl who dreamed of being an educator and that Mirtha Legrand discovered in a parade and catapulted to well-deserved international stardom.