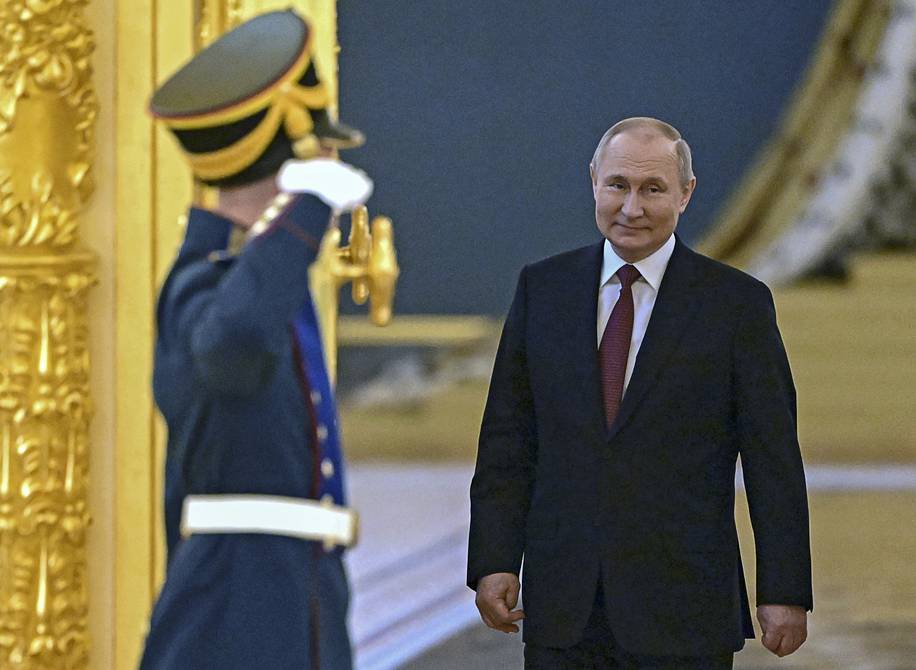 How Vladimir Putin survived five assassination attempts: The Russian leader fears for his life and is now surrounded by an elite team of snipers | International | News

Vladimir Putin fears for his life. The Russian president is surrounded by an elite team of snipers due to five assassination attempts, the most recent at the start of the Russia-Ukraine conflict, according to The Sun.

Ukraine’s defense intelligence chief Kyrylo Budanov said there was a “failed attempt” on Putin’s life. Budanov told the Ukrainian newspaper, Pravda, that “Putin was attacked. This is non-public information. Absolutely failed attempt, but it really took place (…) It was about two months ago”.

What would happen if Vladimir Putin died suddenly? An expert on Russian internal politics talks about the actions to follow

The president is so fearful and paranoid about suffering another attack that he surrounds himself with nothing less than an elite team of snipers who accompany him at all times. They are tasked with locating other shooters and “eliminating” them before they have a chance to target Putin.

In addition to this measure, the Russian president takes another series of forecasts. It is said that from the bunker isolated from him, he hired an army of people who are experts in protection to take care of him from any attack, for example, they do not let anyone near him unless he allows it.

The team that protects him must even taste his food before ingesting it and thus verify that it is not poisoned or with any substance, just like the water he uses to bathe or drink.

There are rumors that the leader ordered special gloves to protect his hands from possible exposure to chemicals.

Putin, 69, would have had enough of his entire entourage, who could see the president’s measures as “extreme” and “paranoid”, according to the British media.

On the other hand, a medical team accompanies him everywhere, while rumors about his state of health increase.

During Putin’s state visit to Azerbaijan in 2002, an Iraqi man was arrested after apparently plotting to kill the Russian president. The attempt was reportedly to have taken place in January 2002 by an Iraqi with links to rebel forces in Afghanistan and Chechnya.

He was willing to deliver explosives to a co-conspirator. Security forces learned of the plot and arrested the man and his accomplice, sentencing them to 10 years in prison.

Bomb under a highway

That same year, in November, details emerged of another attempt on Putin’s life. The Russian president was supposed to be driving down a highway near the Kremlin, where a group of people were installing new signs.

An hour later, a media outlet reported that 40 kilos of ready-to-detonate explosives had been discovered along the road. The devices mysteriously disappeared and Putin’s car was diverted.

The Kremlin denies to this day that this has happened.

British counter-terror police foiled a plot to kill Putin in October 2003. A source told The Sunday Times that two would-be assassins had been arrested but released without charge and returned to Russia.

The men, one of them allegedly a former Russian secret service hit man, were alleged to be plotting to have Putin shot by a sniper during a trip abroad.

The report claimed that the former Russian agent knew a senior officer in the Federal Security Service (FSB), Russia’s state security service and successor to the Soviet KGB, who would provide information on Putin’s movements abroad, allowing the assassins prepare a hit.

Adam Osmayev, a Chechen with links to the UK, appeared on Russian television after an alleged plot to assassinate Putin was foiled in 2012.

The so-called “terrorist” was captured by special forces in the Ukrainian port of Odessa, on the Black Sea. He later appeared on state television, semi-naked and with apparent injuries, making an alleged confession.

Osmayev said at his appearance: “Our goal was to go to Moscow and try to kill Putin… Our deadline was after the Russian presidential election.”

Today, Adam is the leader of the group of Chechen volunteers “Dzhojar Dudayev Battalion” and participates in the defense in kyiv. (I)

🇷🇺🇺🇦 Message from Adam Osmayev, leader of the group of Chechen volunteers “Dzhojar Dudayev Battalion”, which participates in the defense in kyiv.
Precisely, on the Russian side, the Chechen National Guard “Kadirovtsi”, who participated in the seizure of the Gostomel Airfield, is fighting. pic.twitter.com/6ESClSAiDW