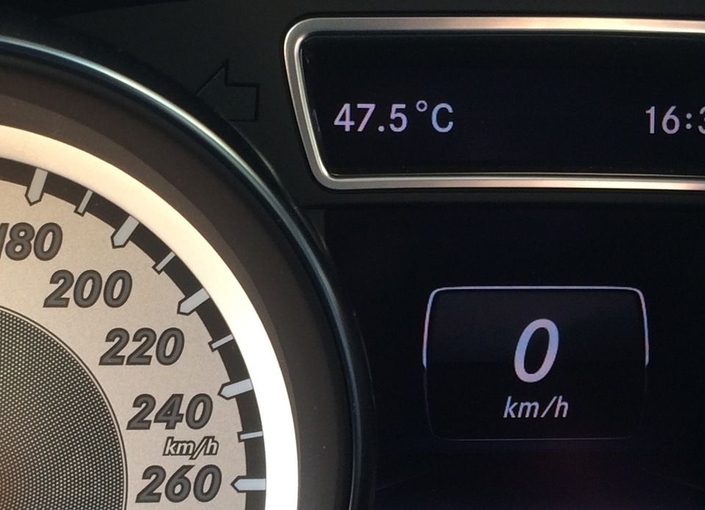 how to take care of your car

According to Mondial Assistance, the recent rise in temperatures has caused a 20% increase in requests for car assistance, the vast majority of which are due to breakdowns.

The oldest vehicles, but especially the least well maintained, are the most affected. Your car doesn’t like the cold, but it likes hot weather even less. Thus, when you park in direct sunlight, the windscreen condenses the heat and the passenger compartment can rise to over 60°C. Needless to say, anything you left inside is at risk of heat stroke.

For those who leave their car parked on a private road, it is a good idea to position a sun visor on the outside, on the windshield. This will indeed reduce the risk of it deforming, thus increasing the size of small cracks that were not necessarily visible until now.

Battery. Admittedly, popular belief is that the battery discharges more easily in winter, but this is also the case in summer when it is very hot because the temperature under the hood can also be around 70°.

Having the battery diagnosed before you go on vacation avoids breaking down on the highway, and the towing costs that come with it. If the diagnosis indicates signs of weakness it is better to change it.

Electric car batteries are sensitive to heat. In addition, they quickly heat up when you charge them with high power to make a long trip at 130 km/h.

The top-of-the-range models are equipped with a liquid cooling system which will prevent you from losing power, but on a Renault Zoé, a Volkswagen e-UP or even a Nissan Leaf the cooling is done by forced ventilation, which is more economical than liquid cooling but also much less efficient. However, if the vehicle is driven for a long time in particularly high temperatures, the battery cells can be seriously degraded.

See also  how much companies and people pollute

Make the coolant level in the expansion tank, or water as the case may be, before leaving. In addition to the lack of coolant, overheating can also come from excessive use of the air conditioning pushed to its maximum while you are stuck in traffic for several hours.

During a heat wave, watch the temperature indicator on the dashboard. If the engine overheats, the needle will shoot up into the red zone, knowing that the normal temperature should be around 90°C and not exceed 100°C.

Beyond that, stop immediately before white smoke comes out from under the hood (sign of dead head gasket) and wait for your engine to cool down.

Overheating in the engine can result in the rupture of a cylinder head gasket, or the risk of self-ignition if you have the slightest oil leak.

Finally, watch your tires. Heat can promote the bursting of a tire if it is worn. Make the pressure of cold tires before leaving, and check their condition.