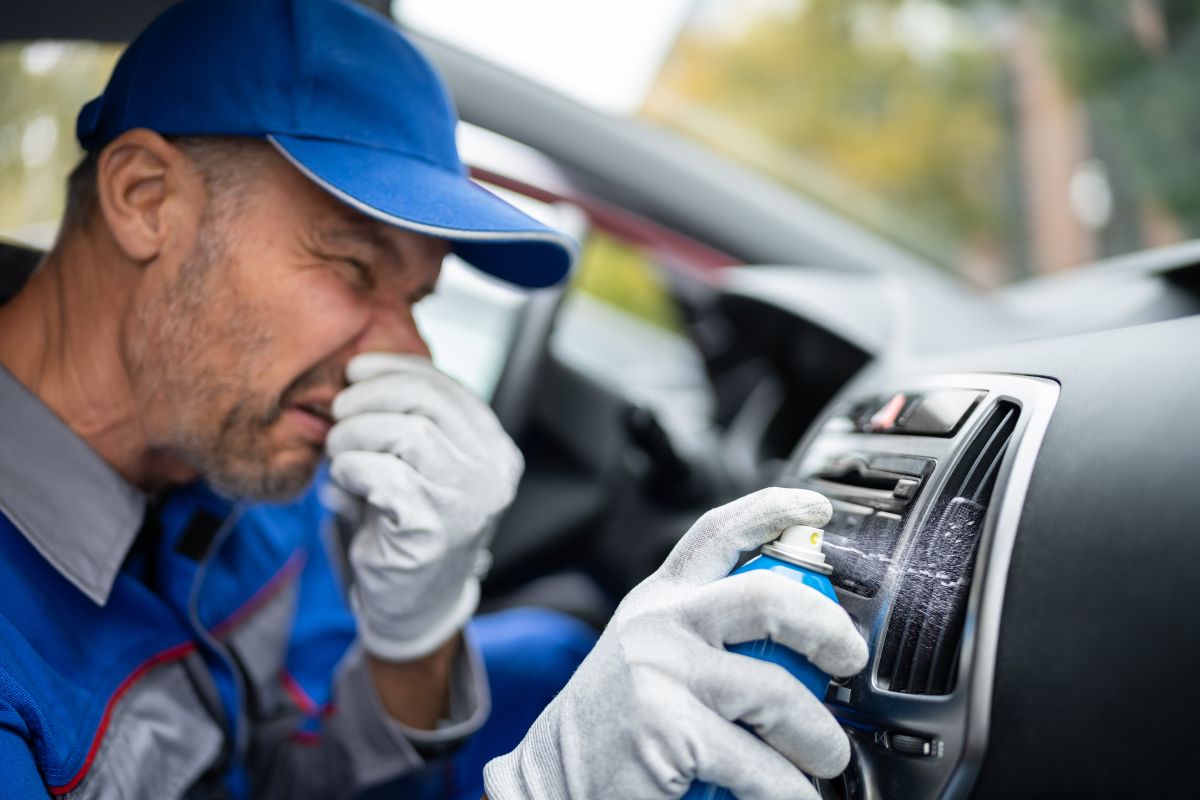 How to remove musty smell from your car

Most car owners like their vehicle to smell good at all times. However, with time, use and little care, odors can change to be unpleasant and uncomfortable.

It is important that you always keep your car clean and that you prevent the good smell from being replaced by stale air, Musty and moldy odors that make your vehicle’s interior unpleasant.

Where are bad odors stored in your car?

Although the upholstery and carpets are generally the areas that harbor bad odors in the cabin, door panels, carpets and other hard and semi-soft surfaces are also to blame for the bad smell inside your car.

How does the musty smell in the car occur?

Musty odors are common in older vehicles. If you’ve ever left the window open and a storm passed by, the cabin probably got wet, especially the doors and upholstery. This situation provides a prime growth environment for mold and mildew.

While plastic itself, which comprises the surface of many automotive interiors, is not a surface prone to mold and mildew, dirt and other organic material may already be on the interior surface, allowing these organisms to settle. strengthen.

However, leather is an organic material. Many high-end luxury cars have leather inserts on doors, seats, and other similar areas that can harbor moisture if not properly maintained. At the same time, many of these organisms can be on the materials inside your car, which can cause their own odors.

How to remove the musty smell from the interior of your car?

If the bad smell inside the car is caused by getting wetfor whatever reason, and it hasn’t dried quickly enough to leave no trace, we recommend that you do the following.

– Heat is a great ally to remove bad odors so turn on the heating or in this summer leave the car parked in the sun with the doors closed and the windows up. The objective is that the interior reaches a very high temperature inside and This way, the musty smell can disappear.

– If this alternative does not work for you, the musty smell may be caused by bacteria inside the air conditioning ducts. Then you must act in another way. What you have to do is clean these ducts, so that unwanted microorganisms disappear and Get rid of the musty smell in the car.

1.- The first thing you should do is buy a specific spray to clean the car’s air conditioning ducts that you will find in a specialized store. Then, you should spray it on the entrances and exits of the system.

2.-You have to turn on the air conditioning for half an hour so that the product circulates inside the ducts and kills the microorganisms that cause musty smell in your car.

How your car also suffers from the heat wave
How effective is it to use water in a car’s windshield wiper system?