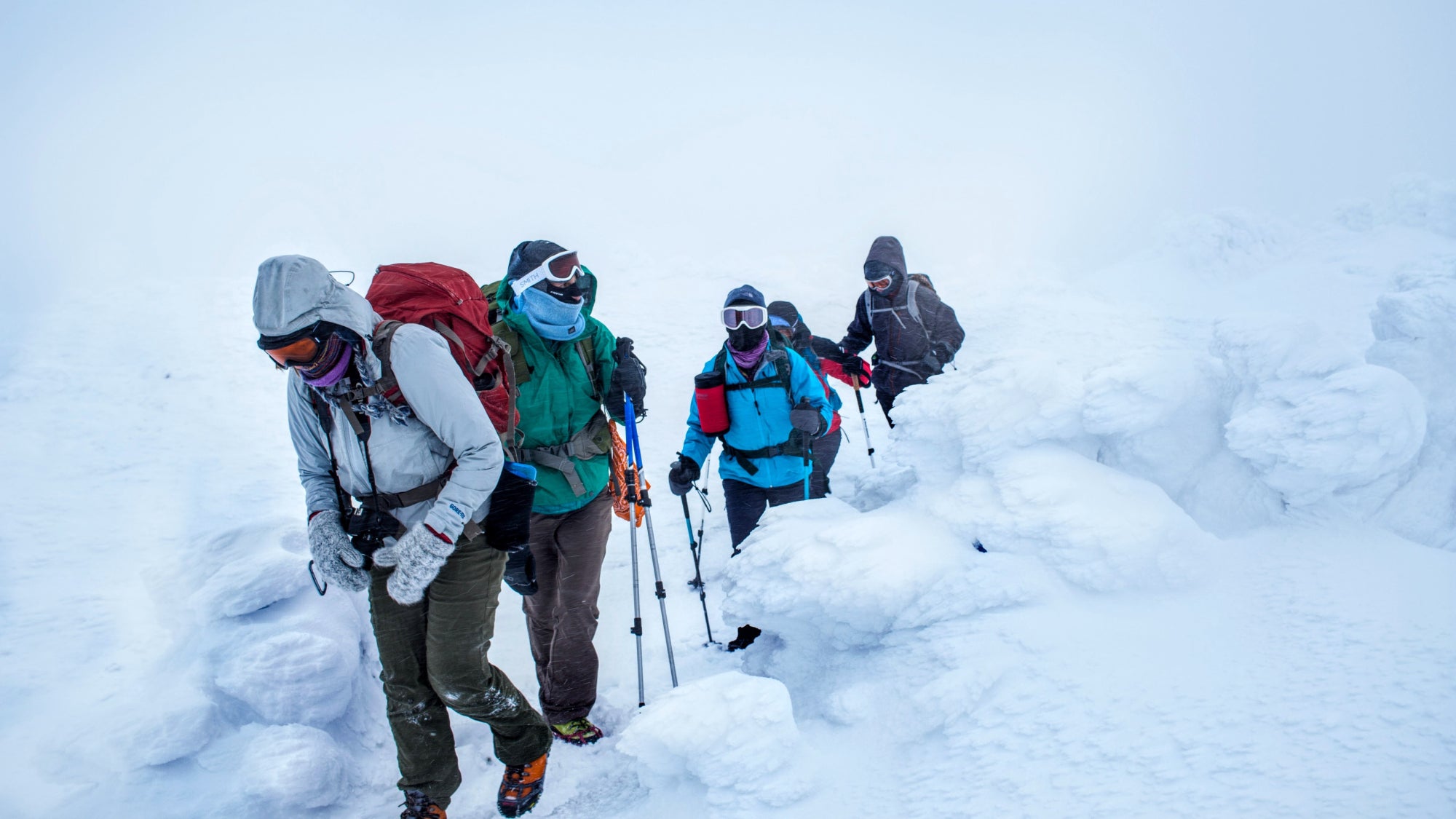 How to prevent, identify, and treat frostbite

Anyone who grew up skiing, sledding, or building snow people in the front yard is intimately familiar with the chill in your extremities that slowly builds to an aching pain as you launch more snowballs, take one more turn around the rink, or hop back on the lift for one more run.

But toughing out frigid discomfort can have enduring ramifications if cold digits or facial features deteriorate into frostbite. In fact, losing portions of fingers, toes, cheeks, or noses is a real risk in severe cold. Fortunately, there are ways to help prevent that from happening and treat this appendage-threatening cold injury if you or an adventure buddy fall victim to it.

Frostbite, and its less-serious cousin, frostnip, are, in the simplest terms, when skin and tissue—which are mostly made of water—freeze. This typically happens when they are exposed to temperatures below 32 degrees Fahrenheit, though windchill plays a significant factor, too. In wind chill of -17 degrees, frostbite can occur on exposed skin in less than 30 minutes. The most at-risk areas, as mentioned above, are your fingers, toes, and facial features like your cheeks and nose.

Frostbite tends to affect these areas for one reason: circulation. Or rather, a lack thereof. See, when it’s cold outside, your body’s automatic response is to redirect blood away from extremities and to your core where insulation in the form of muscle, fat, and organs can keep it from freezing (and where blood is the most important to survival).

But more warming blood in your core and less in uninsulated digits means the tissue in those unheated areas becomes more susceptible to freezing.

And when that tissue starts to freeze, icy crystals begin to form and expand as the water in your skin, cells, and blood becomes solid, explains Darby DeHart, paramedic and ski patroller at Brighton Resort in Utah. These crystals will pierce through tissues and cells like jagged microscopic daggers.

How to identify frostbite symptoms

Frostbite doesn’t just happen. There will be warning signs and a progression of symptoms. Extremities that are simply cold will likely hurt and feel chill to the touch, but that discomfort will abate once you don a glove or slip a toe warmer in your boot. If left unattended, however, red and aggravated skin are the first signs that a problem is brewing. The affected area may turn yellowish or gray and become numb and tingly as cold areas suffer frostnip.

When that discomfort turns to pain and skin turns white, waxy, and doesn’t bounce back when pressed—or fingers or toes will no longer bend—the cold injury has advanced to frostbite and you’ll need to take protective action and seek medical attention as soon as possible.

[Related: How to stay warm when sleeping in the frigid outdoors]

Ideally, though, you should take preventative measures so you don’t have to think about diagnosing and treating cold injuries in the first place.

Your first defense against frostbite is to cover up, especially areas like fingers, toes, and facial features where there’s no insulation in the form of fat or muscle. Wear warm gloves and socks, plus a hat, a neck gaiter or balaclava that you can pull over your nose and cheeks, and dress in layers. Seriously, bring more clothing than you think you need.

If fabric alone isn’t enough to keep the chill at bay, pack extra heat in the form of battery-powered heated socks and gloves or hand and foot warmers. These can be lifesavers in frigid temperatures and keep susceptible body parts toasty for hours.

If a cold injury has progressed to frostnip or frostbite, DeHart says to rewarm the affected area as soon as possible, preferably indoors in water heated to between 100 and 104 degrees Fahrenheit—a little higher than your body’s normal temperature. Any hotter and you could do more damage, so low and slow is the rule. Submerge the affected area until it’s no longer white and waxy.

See also  This Viral Amazon Lunch Container Is Half Off

But DeHart is adamant that you should only rewarm a frostbitten area if you’re absolutely certain you can keep the area warm. If you’re stuck outside with no heat, perhaps while winter camping or if you were injured while skiing and are awaiting help, it’s better to simply wrap the area to protect it from further exposure, but let it stay cold, DeHart instructs.

She explains that’s because when ice crystals perforate tissue, they aren’t clean and pointy like perfectly cylindrical icicles—they are irregular and misshapen. And if they melt and refreeze, they’ll do so in a different shape, puncturing tissue in new and terrible ways. This can result in more damage as frostbite starts disrupting dermal and subcutaneous layers deeper down.

When to seek medical attention

Any time you think you’ve suffered frostbite, head to the hospital as soon as possible. Still, it’s important to know that depending on the severity of the injury, healing may be a nail-biting process as you wait to see if you’ll end up losing part of the wounded appendage, DeHart warns. That’s because once damaged tissue is rewarmed, the affected areas may swell and turn purple or black over the next few days or weeks, a sure sign that amputation is imminent.

It happens because your body notices the microscopic punctures caused by tissue freezing and attempts to heal itself via clotting. But that cuts off circulation, often completely, and can result in losing a portion of the affected area, DeHart says.

Hospitals are trying to find ways to keep vasculature to damaged tissue open using clot busters and fibrinolytic therapy to keep circulation strong and prevent clots from forming, but this treatment is still experimental.

What not to do when you have frostbite

If you do end up frostbitten, there are a few things you shouldn’t do. If blisters form, don’t break or pop them because you may cause more tissue damage. And if your skin turns white and waxy, don’t rub or massage it to warm it back up. Your tissue is fragile at that point, and you could strip off the skin, DeHart says.

Whatever you do, if a part of your body starts to hurt because of the cold, don’t tough it out or wait to give attention where attention is due. Especially because if you experience frostbite or frostnip once, you’re more likely to suffer from it again. Listen to your body, and if the cold is becoming an issue, deal with it immediately. “Preventative medicine is always the best medicine,” DeHart says. Not only could you save your fingers or toes, but you’ll enjoy your time outside more if you’re not in pain or discomfort because of the cold.