The lower house of the US Congress passed a bill to replace the monuments to the leaders of the Confederation and opponents of abolitionism in the Capitol. In particular, it is planned to remove from the parliament building the statue of the President of the US Supreme Court, who legalized the lawlessness of the black population in the 19th century. Democrats talk about a split in society and remind of the events of January 6, 2021, when Trump supporters broke into the Capitol – Confederate flags were in the crowd. Experts also state the split, but believe that it is not related to the attitude towards the long-obsolete slavery. American society is divided by much deeper contradictions, and the Democrats by their actions only increase them, analysts believe.

The House of Representatives of the US Congress approved a bill according to which all statues of supporters of the Confederation during the Civil War will be removed from the Capitol. Also, if the bill enters into force in the building of the American Parliament, monuments to supporters of slave-owning orders will be dismantled.

It is also proposed “to remove certain statues from the premises of the Capitol, to which the general public has access, to remove from the display in the Capitol all statues of people who voluntarily served the Confederate States of America.”

We will remind, the Chief Justice of the Supreme Court Roger Brooke Tony became famous for the decision in the case of African American Dred Scott. The resonant process took place in the middle of the 19th century. Being in slavery since birth, Scott tried to achieve freedom in court, he motivated his demand by the fact that he lived for several years in the territory of the free states. However, all courts rejected the claim. The Supreme Court put an end to the process, finally confirming that a Negro cannot have civil rights in the United States, even if he moved with the owner to free territories. This verdict actually legalized the disenfranchised position of the black population of the country.

Also, if the bill comes into force, a statue of former US Vice President John Caldwell Calhoun, who criticized the abolitionist movement and opposed the initiatives of the North, infringing on the economic interests of the agrarian South, will be banned. 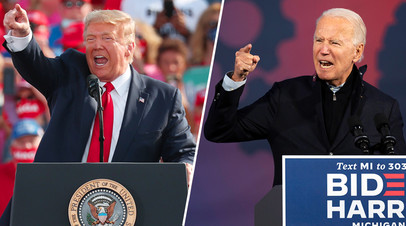 Centrifugal processes: why opinion polls talk about a split in society before the presidential elections in the United States

The overwhelming majority of American voters believe that on the eve of the presidential election, society in the United States was split …

In addition, the statues of the sole president of the Confederation, Jefferson Davis, and his vice president, Alexander Stevens, will be removed from the Capitol.

The states will have to remove the statues of the Confederate supporters from the Capitol and can find replacements for them. Today, two statues of prominent historical figures from each state are represented in the parliament building.

The document received the support of 285 congressmen, 120 were against it. The bill was approved by all Democrats and 67 Republicans. Now it will go to the Senate, for the passage of the upper house the document must gain 60 votes out of 100.

As the leader of the majority of the House of Representatives Democrat Steny Hoyer said before the start of the vote, the statues of the Confederates and supporters of the slave system desecrate the principles for which the Americans stand.

“This is a sacred space (Capitol. – RT), this temple of democracy has been desecrated for too long. We must not forget history. We must learn from it. But we must not pay tribute to that which defiles the principles for which we … stand. It’s time to get out of the halls (Capitol. — RT) these are symbols of slavery, segregation and rebellion, ”the legislator emphasized.

Earlier, Democratic Congressman Jim Clyburn linked the legacy of the Confederation to the riots on January 6, 2021 in Washington, when supporters of the losing election, Donald Trump, stormed the Capitol. 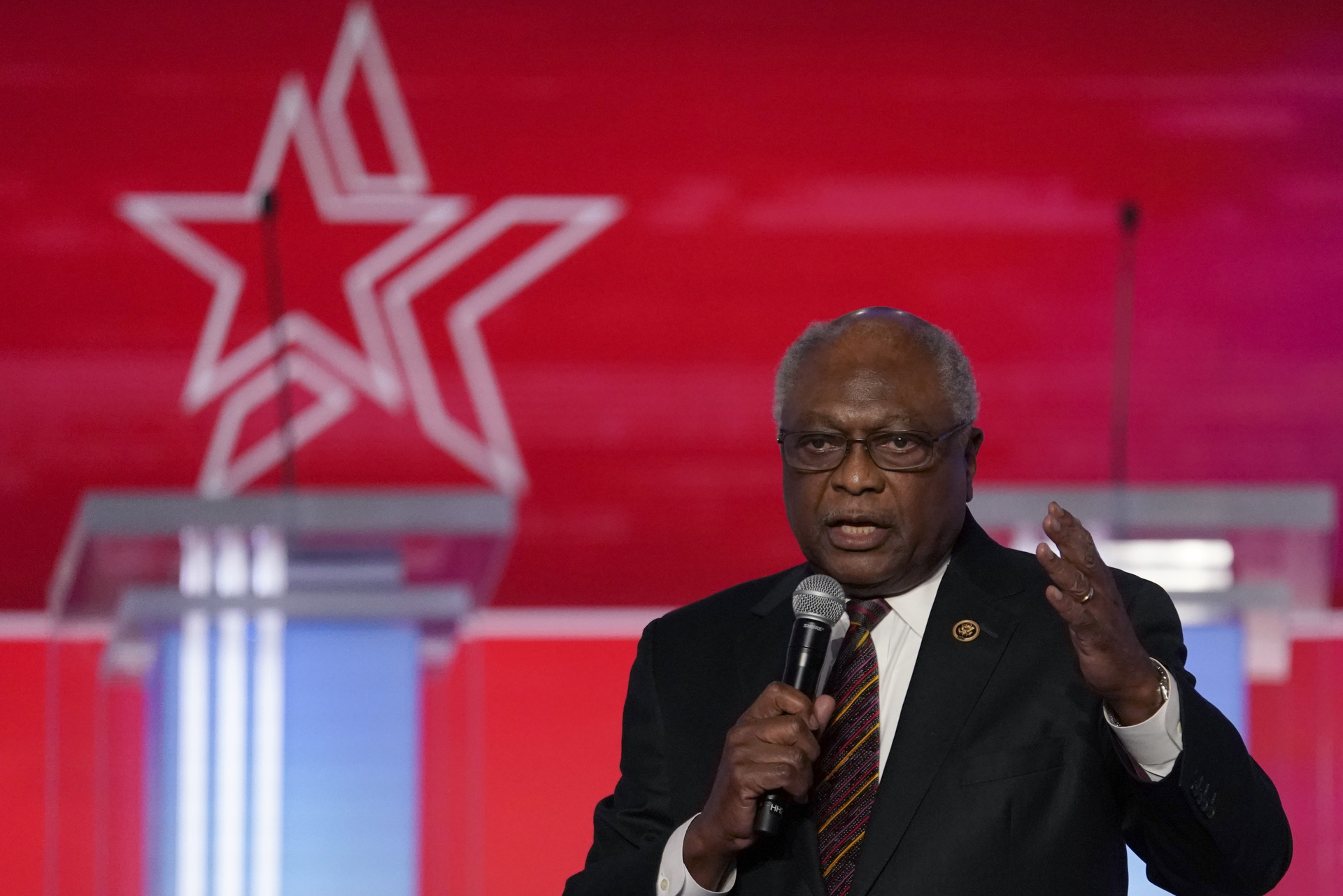 “On January 6, we felt the split carried by the flags of the Confederate army flying inside the Capitol. However, this sacred building still contains certain vestiges that glorify the people and movement that used this flag and sought to divide and destroy our great country. This bill will remove such memorials from places of honor and demonstrate that we Americans do not honor the memory of those who sought to create a rift between us, ”- said in a statement by the congressman on the bill to replace the monuments.

In July 2020, the House of Representatives had already passed a bill to dismantle the Confederate monuments in the Capitol, but the Senate rejected the initiative.

Contradictions due to different interpretations of historical events and persons have long begun to gain strength in American society. So, it was the disagreements over the monument to Confederate General of the Army Robert Lee that caused the riots in Charlottesville in 2017. The decision of the local authorities to dismantle the monument to the general provoked indignation from the right-wing conservative public. A group of right-wing radicals staged a protest march against the demolition of the monument. The event quickly escalated into clashes with leftist activists.

At the same time, the latter also had reasons for indignation: about a month before these events, a march of the ultra-right racist organization Ku Klux Klan took place in the city, whose members opposed the demolition of the Li monument. 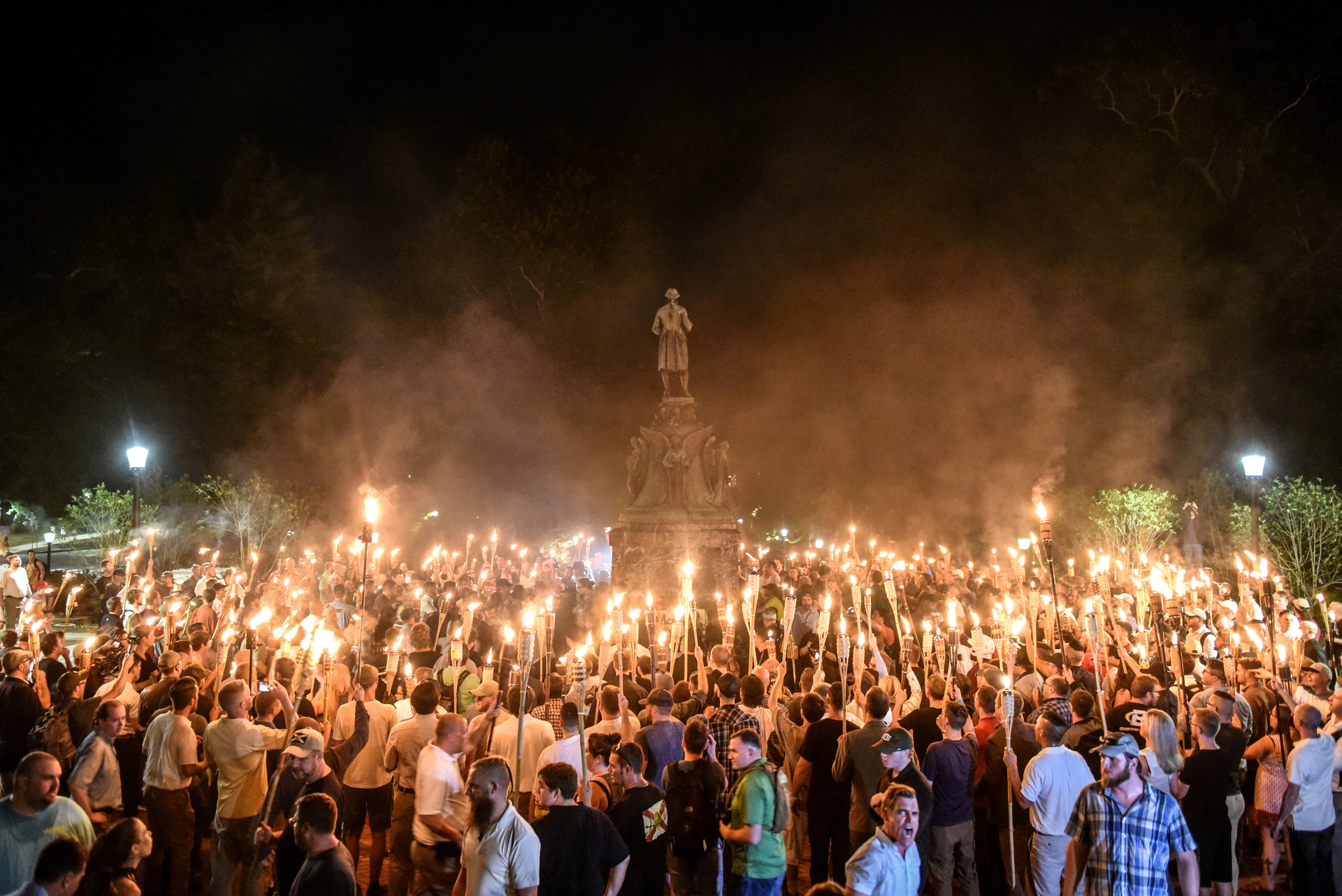 According to experts, the catalyst for these unrest was the election of Republican Donald Trump in 2016 to the presidency of the United States, who does not hide his dislike of left-wing and anti-racist movements.

The politician even openly ranked the American radical left and the German Nazis during World War II on a par.

The clashes in Charlottesville, however, are not the only cases of this kind of unrest in recent years. In August 2019, a rally by the far-right Proud Boys in Portland also culminated in clashes with Rose City Antifa (RCA) anti-fascists. 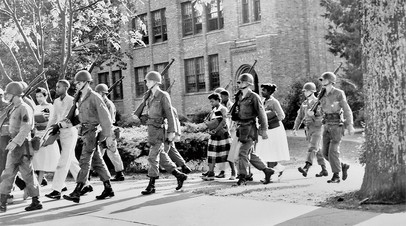 “The Gap Still Remains”: What Role Do Race Issues Play in US History?

65 years ago, African-American Rosa Parks refused to give up her seat on the bus to a white man. Many historians associate with this event …

And in 2020, Portland became the arena for major protests and riots amid the rise of the Black Lives Matter movement, which began after the death of African American George Floyd.

Throughout 2020, the Democratic Party actively supported the BLM movement at the level of rhetoric. Also prominent democrats supported the demands for the demolition of monuments to the Confederates. For example, in June 2020, House Speaker Nancy Pelosi called for the removal of statues of famous southerners from the Capitol.

According to Vladimir Vasiliev, chief researcher at the Institute of the USA and Canada of the Russian Academy of Sciences, despite such initiatives, sympathy for the Confederation is growing in American society, but this is not related to the attitude of people to slave-owning systems and racism, as the Democratic Party of the United States is trying to present it.

“This phenomenon is connected not with the popularity of the ideas of the Confederation itself, but with the weakening of inter-federal ties. The states of the South and partially the states of the Midwest are historically inclined to heroize the Confederation, which is practically not observed in the north of the country and in other regions. Also, the southern states have a different social policy from the northern ones. In general, this confrontation can be seen as a symptom of centrifugal tendencies in the United States. A number of states are striving for greater independence from the center, “the expert said in an interview with RT. 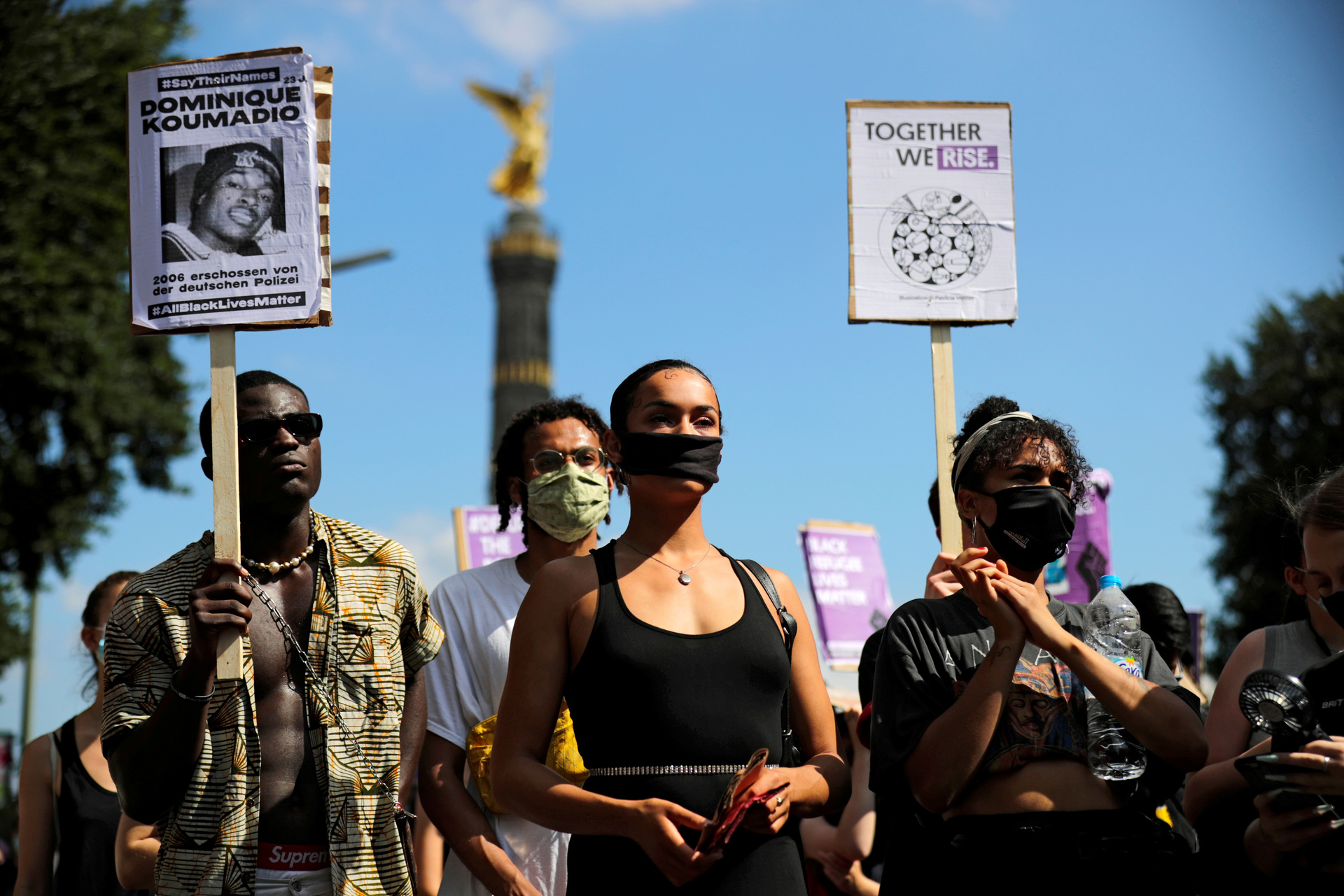 Yuri Rogulyov, director of the Franklin Roosevelt Foundation for the Study of the United States at Moscow State University, shares a similar point of view.

“Over the years, the popularity of the Confederation has grown, souvenirs were produced, historical sites associated with it functioned, etc. However, in reality, it is not so much the ideas and heritage of the Confederation that are popular now, but the idea of ​​preserving and expanding the rights of states. And this does not mean at all that the Americans who fly the flags of the Confederation are racists or supporters of slavery, “the expert explained in a commentary on RT.

According to Vladimir Vasiliev, the demand of the Democrats to remove unwanted statues is part of the so-called cancel culture, which has been gaining popularity in the West in recent years.

“The initiative of the Congressmen suggests that the culture of abolition is increasingly becoming a kind of official ideology of the Democratic Party. And this bill can serve as a very serious impetus for the further dismantling of the American historical heritage, ”Vasiliev emphasized.

At the same time, the Democrats are aware of the fact that the American society is in a split state, experts say. Joe Biden devoted a significant part of his inaugural speech to the problem of disunity, the politician called on the country to unity.

“We are now experiencing a historic moment of crisis and difficulties, and unity is our way forward,” he stressed. 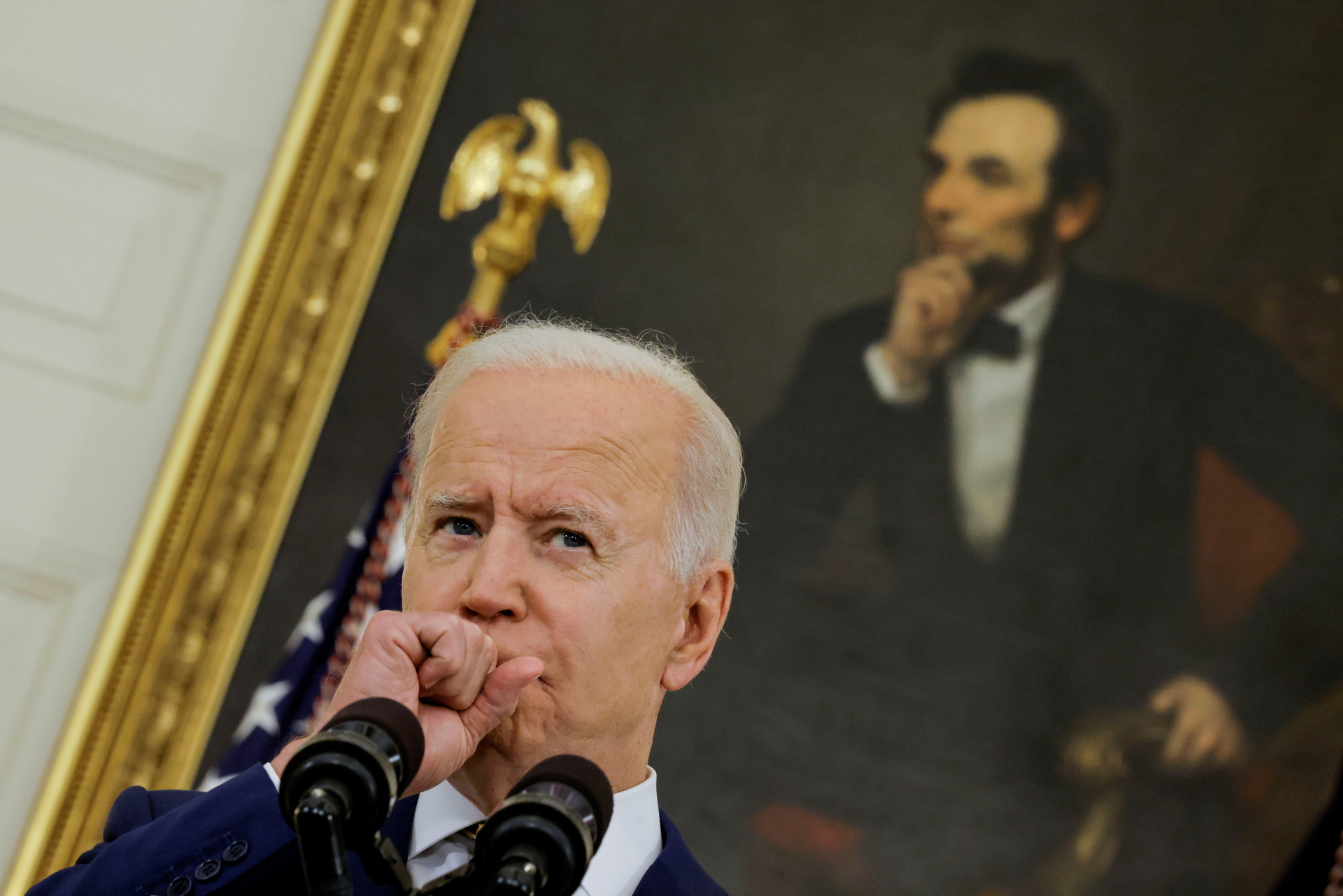 According to Vladimir Vasiliev, from the very beginning there were no real plans to reconcile society behind Biden’s words.

“The leadership of the Democratic Party is playing a political game. On the one hand, the president, like Leopold the cat, calls on society not to quarrel. On the other hand, he also names the values ​​that are beneficial to the democrats as an instrument of reconciliation. And the split in society on all key points remains, ”the expert noted.

Vasiliev believes that if the Senate passes a law on replacing monuments, tensions in American society will only increase. 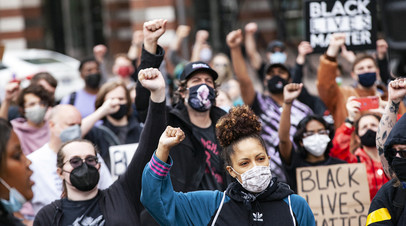 Ahead of the anniversary of the death of African American George Floyd, activists, including members of the Black Lives Matter movement, took to …

“It can also serve as a signal to mobilize Trump supporters. And also the law can make a big impression on the army circles, since the monuments are directly related to military events. So the conservative media will try to use this story to appeal to the military and their values, ”the expert said.

This opinion is shared by Yuri Rogulev.

“Undoubtedly, this bill will only deepen the division in American society. Democrats and Joe Biden are trying to iron out the controversy, especially after the 2020 protests by turning their full attention to history. However, supporters of BLM are now opposed to the long-dead slavery, but against the systemic racism that exists today. So, by their actions, the democrats can anger not only the right, but also the left. However, Democrats have every chance to pass the bill in the Senate. It is possible that it will be adopted, ”the expert summed up.