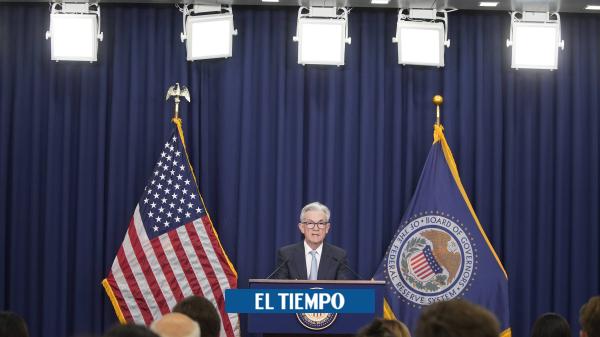 Although most investors and financial analysts in the world had already contemplated a scenario of a significant rise in the interest rate of the United States Federal Reserve (Fed)which this Wednesday announced an increase of 0.75 basic points to face an inflation that is setting records, the effects of the measure will continue in the markets.

In this regard, Theodore Kahn, senior international economist at the firm Control Risks, indicated that there are more “worrying” signs that led the Fed to make this decision.

(You may be interested in: Dollar at $7,000? The expected effects if they stop oil exploration)

“Prices are rising not only in categories such as food and energy, which have been the most affected by the external situation, but also in the most generalized, also affecting various services,” Kahn pointed out.

In Colombia, according to Kahn, the dollar could increase its price, although part of this effect is also taking place due to the electoral issue. He also considers that it will imply higher financing costs for the country, since, given a higher profitability in the United States, not only is pressure generated on the dollar, but the interest rates of instruments such as bonds and foreign securities that are issued will tend to upward.

(Also read: Pre-sale day without VAT: which stores offer it and how it works)

In her turn, Carolina Monzón, manager of Economic Research for Itaú Colombia, points out that it is possible that an acceleration in the rise in interest rates that the Bank of the Republic has been making may be observed.

How will the effect of the rise in gasoline be?

Meanwhile, the Government indicated that the progressive increase in the price of gasoline decided since June, after a long time of subsidies to contain the effects of the rise in oil and fuel on people’s pockets and on inflation, will have some impact on the cost of living for consumers.

But this will be known once the monthly adjustments are defined. However, some analysts point out that, without a doubt, these increases hit cargo and passenger carriers directly and immediately, a cost that would gradually be transferred to the prices of basic products and food and transportation.

“The monthly increase that will be made on the price of fuel will impact the costs of the operations of cargo transport companies, since fuel represents 40 percent of the cost basket of our sector,” says Nidia Hernández , executive president of Colfecar.

In the application of the gasoline price formula, the planned scheme contemplates that, when oil prices fall worldwide, gasoline rates in the country do not fall to the same extent in order to feed the Stabilization Fund of Prices (Fepc), which is used when there are sustained increases in the price of crude oil, to mitigate the impact on consumers.

However, after the pandemic, when prices fell by more than 1,000 pesos per gallon, the increase in crude oil has been very high and for this reason the Government in the last year decided not to apply the formula to avoid greater pressure on inflation, because the price of oil has reached 120 dollars, but now it is important to alleviate the fiscal pressure.

According to data from Ecopetrol, with the entry of the expansion of the Cartagena Refinery, which is taking place these weeks, in terms of diesel supply the country will be self-sufficient, while in gasoline currently about 30 percent of consumption is imported, which today is between 140,000 and 150,000 barrels per day.

Additionally, the expert recalls that everything that is imported is effectively paid at the import parity price as such, but Ecopetrol is only recognized for export parity, which means that there is still an implicit subsidy in this part.

But he also points out that having prices so far below the international or market price generates an effect of growth in demand, where energy efficiency does not prevail, but inefficiency due to prices, without counting the possible phenomena of smuggling of extraction to other countries.