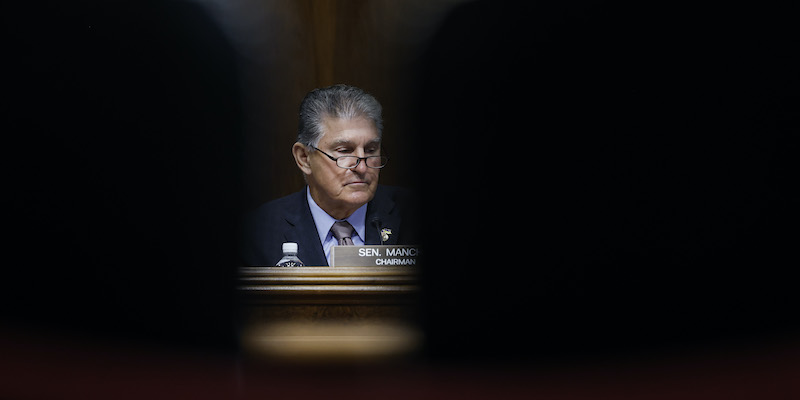 How the ambitious reform plan of the American Democrats was unlocked

On Wednesday evening, a situation that had been at a standstill for about a year and which concerns the approval of the most important set of economic measures proposed by the US government of Joe Biden to date was unexpectedly unblocked. The reforms include, among other things, an increase in taxes for large companies and the richest citizens that will serve to reduce the deficit, measures to compensate for the increase in healthcare costs and the largest investment to combat climate change in the history of states. United.

For these reforms to pass in the Senate, the Democratic Party was only missing one vote, that of Senator Joe Manchin, of West Virginia, known to be one of the hardest to convince when it comes to progressive reforms. After long bargaining, and when it seemed there was no hope of changing his mind, Senate Majority Leader Chuck Schumer said Wednesday that he had struck a deal with Manchin – not without some concessions – and that the reform package will finally the numbers to pass.

In addition to the ambitious reforms it contains, the set of proposed laws by the Democratic Party is particularly relevant for another reason. If it passes, and it is not yet certain, it would be a remarkable result for Biden, who could use it in view of the mid-term elections to be held in November.

Until about ten days ago it seemed that the package would never be approved by the Senate. Joe Manchin had been very adamant and said he was not ready to vote to approve it, certainly not this summer and probably never. In the Senate, the Democrats and Republicans control 50 seats each: the Democrats have the majority because in the event of a tie, the vice president, Kamala Harris, can also vote. In reality, 60 votes are needed to approve a reform in the Senate, but with a particular process it is possible that it will pass even with only 51 votes: in any case, the vote of all the senators of the party, including Manchin, is needed.

Manchin is 74 years old, has been in office since 2010, is considered the most conservative of the Democratic senators and has insisted for years that major reforms must be agreed between members of both parties. This proposition, however, has become increasingly anachronistic with the increasing distance between Democrats and Republicans that has been seen in recent years; and if Manchin was once considered a conservative Democrat, today he is the only big shot in the party who opposes widely shared progressive positions.

By December, Manchin had already opposed a much more ambitious reform package, worth more than $ 2 trillion in total. In this regard, Senator Chris Van Hollen commented on Wednesday’s news, stressing that the package approved by Manchin “does not include everything we would have wanted in the first reform package, but compared to what we thought we had up to 48 hours ago. , this is light years – light years – ahead ».

Manchin was convinced after about ten days of intense talks, often at a distance because he was positive for the coronavirus. While most Democratic senators openly criticized him for his obstruction, a small group of colleagues insisted on carrying out an internal negotiation: Manchin met some of them, spoke with group leader Schumer and with a former treasury secretary who he reassured that the measures would not aggravate inflation, one of his main concerns.

Manchin was highly praised by some colleagues for how he managed to reconcile his ideas with the needs of the party, but in fact his decision was dictated above all by some important concessions that were made to him.

See also  “The man with the underpants and the shovel” claims 200,000 euros from France Télévisions - 7sur7

These include a reduction in the tax increase compared to the initial proposal, investments in the fossil fuel sector (in contrast to the campaign carried out by the Democratic Party on renewable energy sources and against climate change) and some important reforms to the state of West Virginia, that of Manchin: for example, a simplification of the authorization process for building energy infrastructures has been envisaged, which would facilitate the project of a gas pipeline on which Manchin has a personal interest.

On Wednesday, the revised reforms – which involve investments of $ 369 billion – were presented to the other Democratic senators, who had now resigned themselves to carrying out only a very small version of the proposal.

Biden commented on the deal between Manchin and Shumer saying that “government work can be slow and frustrating and sometimes even irritating, but then the hard work of hours, days and months of those who refuse to give up pays off. History is made ».

Democratic senators will now have to re-read the entire long revised draft, but quickly because the goal is to vote by next week, before the institutions close for the summer.

In fact, however, the Manchin vote is only the first step in approving the set of reforms, which must be supported – even with the concessions introduced – by all Democratic senators: Senator Kyrsten Sinema, for example, has already made it clear that she has not yet decided whether the concessions made to Manchin are good for her. Add to this that the accelerated process that would require only 51 votes in favor instead of 60 may not go completely smooth and that a small coronavirus outbreak is underway among the senators. After the Senate, the set of reforms will then have to pass to the House.