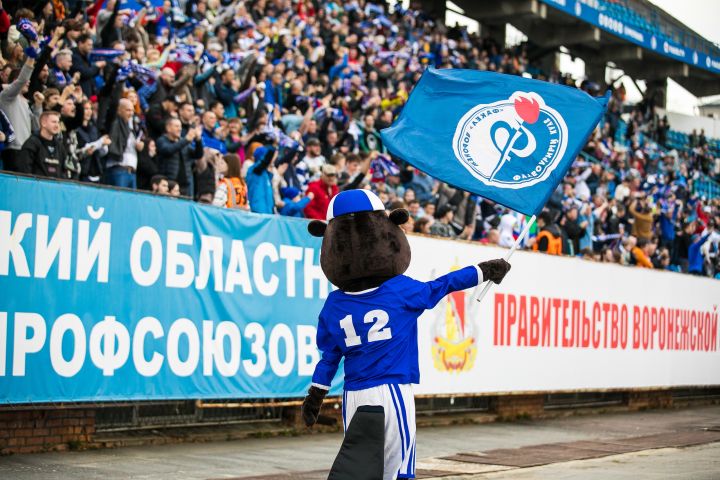 how many points are left for Fakel to reach the Premier League?

Voronezh Fakel can still enter the RPL directly: what is needed for this?

Fakel Voronezh has only three matches left to play before the end of the National Football League (FNL) championship: on May 11 at home against KAMAZ, on the 15th in Lipetsk against Metallurg and on the 21st in Kaliningrad against Baltika. Before the last home match, we decided to evaluate Fakel’s chances of entering the Russian Premier League (RPL).

Recall that teams that take first and second places in the FNL receive a direct ticket to the RPL. The third and fourth places according to the regulations get the opportunity to compete for access to the Premier League in the play-offs. The rivals of the FNL teams in these games should be the 13th and 14th RPL clubs. Two rounds before the end of the championship, Rubin Kazan and Ural Yekaterinburg are in these positions. Although the Kazan team has the same number of points scored with Nizhny Novgorod and Khimki, which are in 11th and 12th places.

However, this season the play-offs may take place in a modified format. Due to the exclusion of Russian clubs from European competitions and the exclusion of the Russian national team from international matches, the possibility of expanding the Premier League from 16 to 18 teams is being discussed (even an option with 20 participants is proposed). In this case, it is quite likely that the 15th and 16th RPL teams will play in the play-offs. Now these places are occupied by Ufa and Tula Arsenal, respectively.

The format for the rotation of clubs between the leagues will be discussed by a special commission, which includes the general director of Fakel, Roman Askhabadze. For now, we will proceed from the fact that the first two FNL teams enter the RPL directly, and the third and fourth places through play-offs.

What does it take for Fakel to reach the Premier League directly?

Option 1. Voronezh need to get ahead of Torpedo in points. In case of equality of points, Muscovites will be higher in personal meetings (Fakel played with Torpedo 2:2 on the road and 0:1 at home). It turns out that even if Fakel wins all three remaining matches, in order to bypass Torpedo, he needs the capital team to lose points in at least two games out of three. The remaining matches of Torpedo: May 11 – Metallurg Lipetsk (away), May 15 – Enisey (away), May 21 – Kuban (home).

Option 2. Fakel needs to catch up with Orenburg. In case of equal points, Voronezh will be higher, because this season they beat Orenburg twice (2:0 away and 1:0 at home). To get past Orenburg, Fakel needs to win all three remaining matches. At the same time, the Orenburgers must score a maximum of one point in their two matches. Given the decline in Orenburg’s game and the difficult calendar, this looks quite real. The leader of the FNL will have two most difficult away matches: on May 15 – against SKA-Khabarovsk and on May 21 – against the Astrakhan Volgar leading a desperate struggle for survival.

What does it take to get Fakel into the play-offs?

Everything is much simpler here. Voronezh need to score at least one point in the remaining matches. In this case, even if the fifth-placed Yenisey wins all its matches, the Krasnoyarsk team will only catch up with the Voronezh team in terms of points scored. But Fakel will be higher in personal meetings (3:1 at home and 1:2 away).

However, in order to enter the RPL, it is not enough to win a promotion according to the sports principle. It is also necessary to obtain a license of the first category of the Russian Football Union (RFU-1), which confirms that the club financially and infrastructurally meets all the requirements of the country’s strongest league. Read about Fakel’s chances of getting licensed in MY! Plus”.