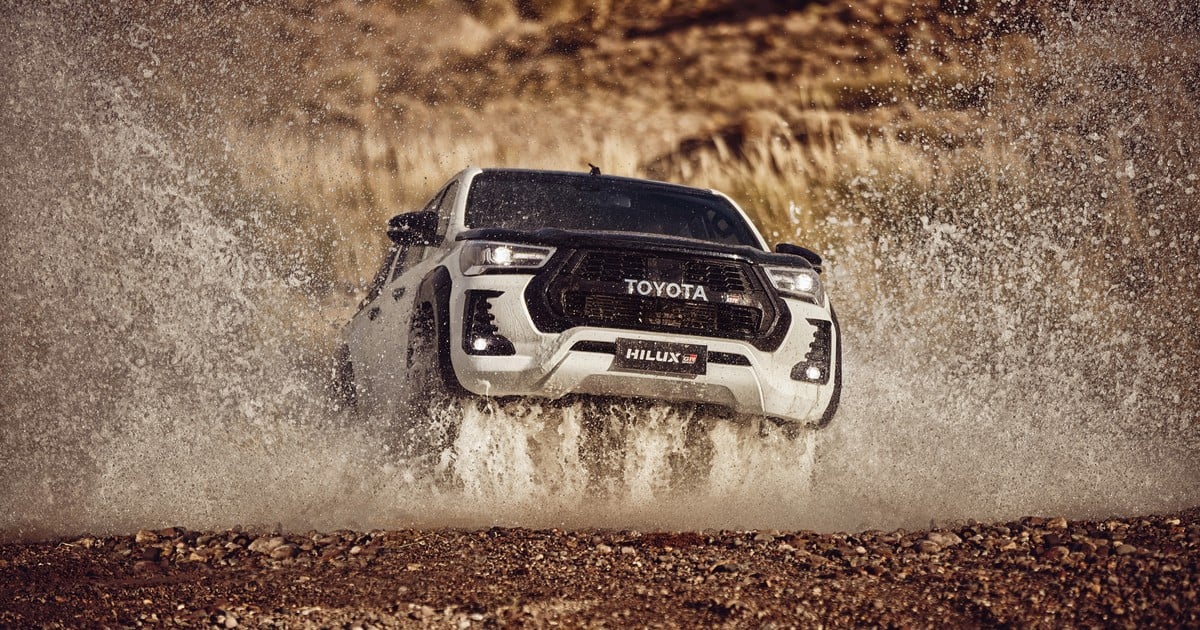 how is the sports version of the leading pickup in Argentina

center emblem of the first 25 years of Toyota in Argentina and faithful exponent of the DNA of the Japanese brand based on its proven robustness and reliability. With these main attributes, in addition to a precise interpretation of the local user’s taste and need, the Hilux became the most produced and sold pickup in the country.

But they are not its only arguments: its remarkable evolution over the years places it in another dimension, with the permanent incorporation of technology and an outstanding commitment to performance.

The Hilux GR-Sport was developed in Zárate.

The most recent novelty of the Hilux range, precisely, is related to the development that Toyota has been carrying out in sports matters. the brand new Hilux GR-Sportalready available in the local market, not only represents the maximum evolution of the model in its successful history, but also crowns a solid product strategy sustained over the years.

The GR-Sport variant is inspired, no less, by the success achieved by TOYOTA GAZOO Racing in the Dakar Rallythe most extreme race on the planet, where the model managed to win in 2019 and 2022. The result: a more radical pickup, with cutting-edge technology and specially designed for the most demanding off-road use. 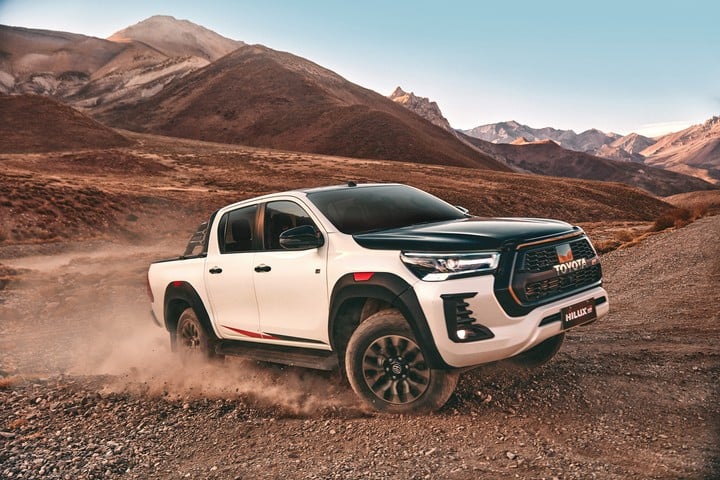 This third generation of the Hilux GR-Sport represents a source of pride for the local Toyota subsidiary: it is a product conceived in Argentina and manufactured at the Zárate plant to be marketed throughout the Latin American region.

Sports DNA at its finest

The sporty spirit of the new Hilux GR-Sport is supported by the 2.8-liter diesel engine with variable geometry turbocharger (TGV) and intercooler that now added 20 more horsepower and reaches 224 hp. It is mated to a six-speed automatic transmission with sequential actuation and steering wheel paddles. 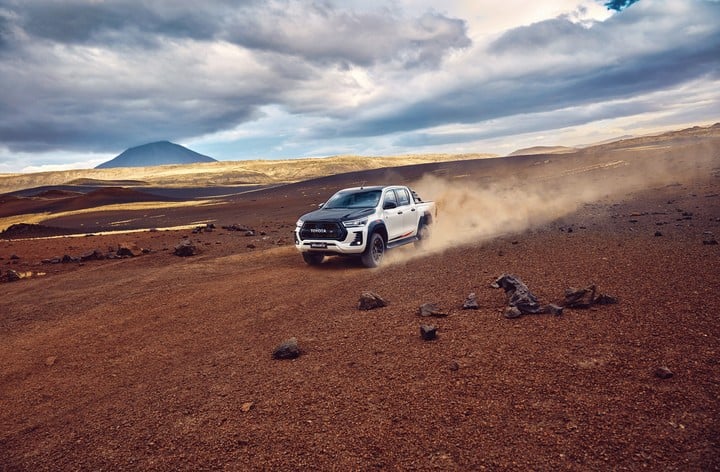 This mechanical assembly is combined with the 4×2, 4×4 and 4×4 traction system with reduction gear, electronically actuated, automatic differential disconnection and active traction control.

Suspension improvements were also implemented on the new GR-Sport with the aim of optimizing its adaptation to the most demanding terrain. Now the scheme offers a new configuration of the springs and a specific placement of the monotube shock absorbers. The result: a more direct and controlled steering response in high-speed conditions, both in off-road conditions and on asphalt, without sacrificing the ride comfort characteristic of the model.

The improvements in the suspension, its traditional robustness and the technology available in its traction systems, among other aspects, predispose it as an ideal vehicle for use on dirt roads at high speed. The spirit of the Dakar, perfectly interpreted by TOYOTA GAZOO Racing in this Hilux extrema.

The exterior aesthetics of the new Hilux GR-Sport presents a sporty image yet sophisticated, with the distinctive features of TOYOTA GAZOO Racing models. On its front, the grille with the Toyota logo is complemented by the “GR” emblem. 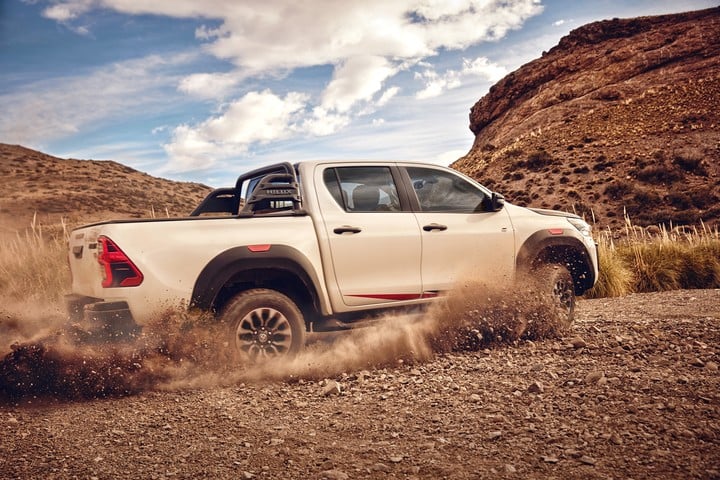 And then the character is enhanced by extended fenders with black overfenders, door handles, mirrors and a sport bar. The GR-Sport version also adopts a new style of 17″ alloy wheels, with an exclusive design, with 265/60 R17″ tires.

Inside, its sports front seats are upholstered in a combination of natural and ecological leather, with red details. The ambience of the cabin is completed with black headliners and pillars, and other exclusive sporty details with GAZOO Racing branding: the ignition button, the key, the identification plate with the unit number, the headrests , the aluminum pedalboard and the carpet covers.

Regarding its equipment, the Bi-LED headlights with “Follow me home” and automatic height adjustment, Led taillights and LED daytime running lights (DRL), navigator incorporated in the JBL multimedia system with 8″ touch screen stand out. and 8 speakers and subwoofer, and the Smart Entry System that allows you to unlock the doors simply by pressing the button on the door opening handle, by keeping the smart key in your pocket, also facilitating the starting operation of the vehicle with the Push Start Button System. 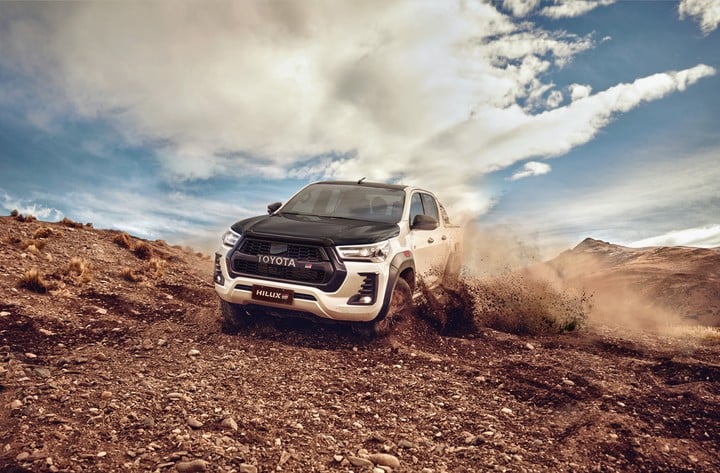 With all Toyota security systems.

In addition, the new Hilux GR-Sport is equipped with a rear view camera, a 360° vision system monitor and front and rear parking sensors.

The new Hilux GR-Sport offers various electronic systems that place it as technological benchmark in its category:

Hill Start Assist Control (HAC), a system that facilitates uphill maneuvers both off-road and in urban use, which automatically acts on the brakes when starting from a standstill.

Rear differential lock that, when activated, allows both rear wheels to rotate at exactly the same speed, taking advantage of all the available torque.

Downhill Assist Control (DAC), which helps the driver with the use of engine braking and brake pressure, and allows attention to be focused exclusively on cornering manoeuvres.