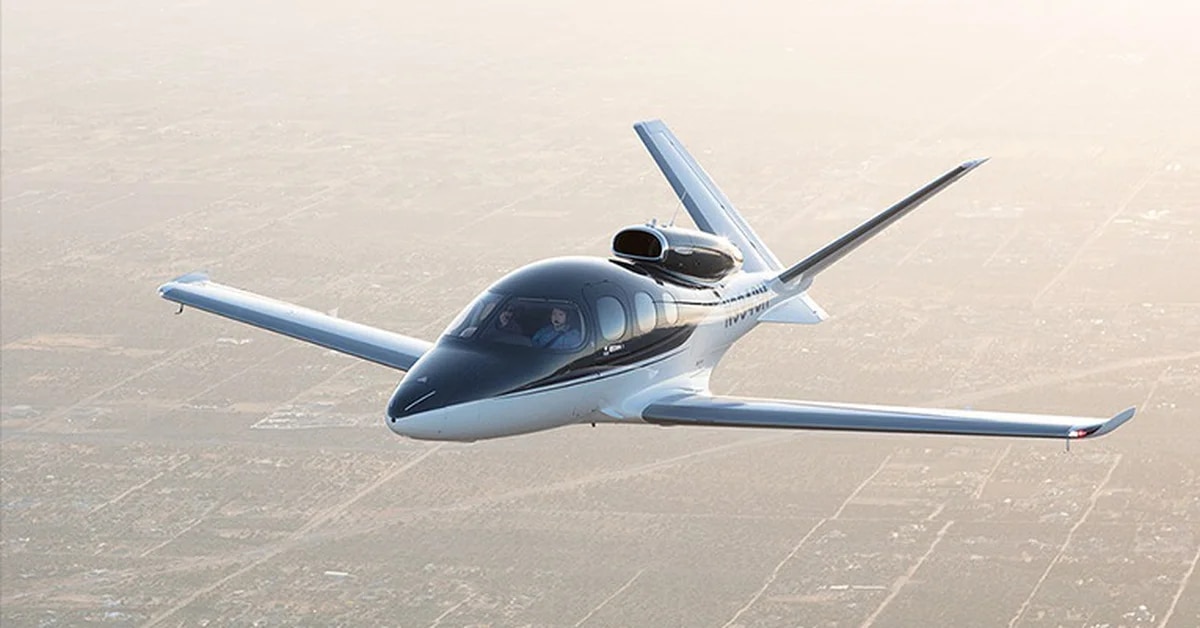 How is the cheapest private jet in the world: 6 passengers and state-of-the-art technology to travel with maximum comfort

In the world there are private luxury planes that can exceed $60 millionlike the Gulfstream 650ER that Jeff Bezos owns, or the Falcon 900B, which he was able to buy for $26 million Elon Musk, years before he became a billionaire.

But not all private jets reach astronomical prices of this size, there are also smaller and cheaper ones, but no less spectacular for that. Such is the case of the Cirrius Vision SF50 aircraft $2 million.

In addition to the two touch screens on the commander’s control panel, the Cirrius Vision SF50 jet has a backup AI system

According to Business Insider, the little jet can reach a speed of Mach 0.53 (just over 649 kilometers per hour), and a flight range of about 2,366 kilometers.

The Cirrius Vision SF50 jet, ideal for short flights thanks to its excellent fuel efficiency

Regarding its design and external characteristics, the SF50 has a infrared camera in the front serving to detect wildlife or debris on the runway that could affect landing or takeoff and cause accidents. Its short v-shaped tail is built with turbulence reducing technology intended to keep the flight smooth and peaceful regardless of weather or wind.

its only engineWilliams FJ33 model, which is curiously located on the fuselage, is specially designed to minimize bird sucking; In addition, it allows the aircraft to fly at a low altitude and at a medium speed, which saves fuel and allows the plane to reach distant sites.

In addition to its technical features, the SF50 jet offers great comfort for passengers

As for its interior, the SF50 has two large touch screens that allow the commander to make a large number of queries, diagrams, graphs and more with the simple touch of his hand. In addition, the aircraft has a artificial intelligence (AI) operating system that serves as backup for the pilot, and that has a large number of data on past accidents, in order to avoid similar situations.

Another of the peculiarities of the Cirrius Vision SF50 is that it has an emergency system that few aircraft in the world have. By actuating a red lever above the commander’s head, a huge parachute intended to retrieve the plane and lower it safely to the ground.

It is an ideal plane for short and business trips

But this is not all, in case the commander suffers a decompensation or cannot continue piloting the ship, there is a red button that is used to activate the automatic landing systemwhich will be commanded by the built-in AI system.

As for your amenities, the SF50 is fully pressurizedhas room for a total of 6 passengers plus the commander, who will travel in comfortable armchairs and that they will be able to find universal power ports, USB ports and more comforts. It is an ideal aircraft for short and business trips, as it offers great comfort and good fuel efficiency on short trips.

In the United States, charter companies such as Veri Jet, among others, use Cirrius Vision SF50 aircraft to offer their services for a price of $3,000 per flight hour. According to what its directors told the specialized business magazine, the device is ideal for connecting the many smaller airports and airfields in the country, which are not served by larger planes.

Hot Sale 2022 to travel: the best discounts and everything you need to know to take advantage of tourism offers
Monotax: how much can be billed and how much will have to be paid from July with the change promoted by Massa
The price of clothing flies in Argentina: in which countries is it more expensive to buy a jean, some sneakers and a dress