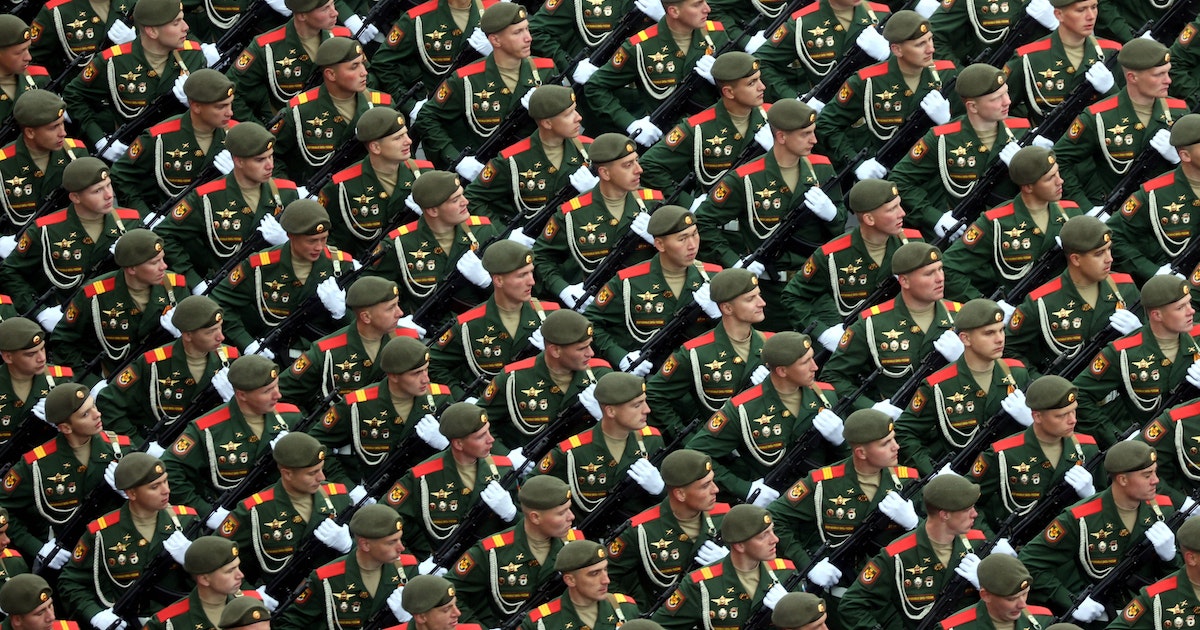 How I experienced May 9th in Moscow

Berlin – May 9, 2017 was a dull, gray day in Moscow. A cold drizzle fell over the city all day. For the first time since the introduction of air shows at the Victory Day parades, this part had to be canceled due to inclement weather. But for me and my friends, four Russian studies students in their early 20s who were spending a year abroad in Saint Petersburg, there was still great excitement and anticipation.

We had a week off from university, and we knew straight away that we wanted to travel to Moscow for Victory Day to witness the celebrations there. We wanted to experience the notorious May 9th up close at least once. This holiday had already been the subject of deep analysis at our university in England, and it was always said that one could learn a lot of interesting things about Putin’s Russia.

Also, Victory Day was just one of those oddities you come across on a gap year. The way this day was celebrated in Russia was totally foreign to us on the one hand – but also somehow exciting and fascinating.

Already on the train from Saint Petersburg, we read the in-flight magazine for tips on the best public viewings in Moscow to see the Victory Day parade. We chose the Museum of the Great Patriotic War (as World War II is called in Russia) because it was close to the apartment we rented through Airbnb.

The public viewing delivered what we had hoped for in our anticipation. We watched as 14,000 soldiers marched through Red Square, repeatedly shouting “ura” (hooray) with grueling coordination to celebrate the “great victory” of their ancestors. Then came the heavy military vehicles, the tanks.

During the live television broadcast, a presenter described the power of these weapons and the damage they could inflict. Wow, my friends and I thought: These are exactly the images of the Soviet “evil empire” that our parents were so afraid of in the 80s.

But now there is another Russia, isn’t there? The night before we had eaten at a vegan hipster restaurant around the corner from the Bolshoi Theater that also had the menu in English.

Then came Putin’s speech. This part of May 9th is watched on TV by 15 million Russians – about 20 percent of the population watching. The speech not only deals with the memory of the victims of the war, but also with current affairs.

Putin’s speech and a bad feeling

Fighting the drizzle, sniffling, Putin began his speech. It contained all the elements one would expect of him in such a speech: He paid tribute to the veterans whose sacrifices saved Russia from the existential threat posed by the Nazis. Their suffering will never be forgotten and will inspire new generations. So far, so typical Putin, so typical May 9th. But one passage caught my eye.

“The lessons of the past war remind us to be vigilant,” Putin said. “And the Russian armed forces are ready to counter any potential aggression. Life itself requires us to increase our defense potential.” Immediately, his words made me feel uneasy.

It struck me as strange saying such a thing after he had honored the sacrifice of millions of Soviet soldiers and civilians. In 2017, I also didn’t realize what threats might be worrying so much Russia, the world’s largest country with the second largest army.

I’ve had to think about these sentences a lot lately. I can only perceive it as a threat – and it has become clear to whom it was addressed. What worries me is that it took me so long to realize how serious it was, how it has been repeated and intensified so that now 71 percent of Russians, many of whom have family in Ukraine, see their country’s brutal war there support.

After the public viewing, we returned to the city center, now we wanted to watch the parade of the immortal regiment. In this parade, ordinary Russians walk down the street with portraits of their ancestors who served in the war.

It’s a relatively new production. It has only been held regularly and with official sanction since 2014 – since the annexation of Crimea and the escalation of Russian support for separatists in eastern Ukraine. I usually find extreme forms of patriotism uncomfortable. To deal with this, I looked for things that I could perceive positively – for example, that the marchers did not carry pro-Putin flags, only the portraits of their fallen ancestors.

An American flag in Moscow

Then I spotted an American flag in the crowd. The plaques attached to its pole recognized the camaraderie and solidarity between Soviet and American soldiers during the war. “May we rekindle that same friendship today,” it read.

I often thank you for that today. Part of me still doesn’t want to believe that so many Russians, who welcomed me so warmly during my year abroad and have become my friends, are supporting the war that is now being directed against my friends in Ukraine.

When I think of May 9, 2017, images of two different Russias emerge from my memories, which I still find difficult to reconcile. After the parade of the immortal regiment we went to McDonald’s for coffee. Rushing recordings of Soviet war songs played in the street, especially the famous “Katyusha”.

A month ago I heard the song being sung by participants in the pro-Russian motorcade in Berlin who were visiting the Soviet War Memorial in Treptower Park. Although this action had nothing to do with the war in Ukraine, as the organizer later claimed in an interview with me.

We spent the afternoon of May 9, 2017 at the Tretyakov Gallery, the world’s most important collection of Russian art, and the nearby Muzeon Sculpture Park, which is full of Soviet relics such as statues and busts of Stalin and Lenin. I have visited the Tretyakov Gallery on each of my trips to Moscow, I plan to visit it on every subsequent trip to Moscow. But at the moment I can hardly imagine returning to Moscow at all. The anticipation I felt before May 9, 2017 has turned into a kind of fear.