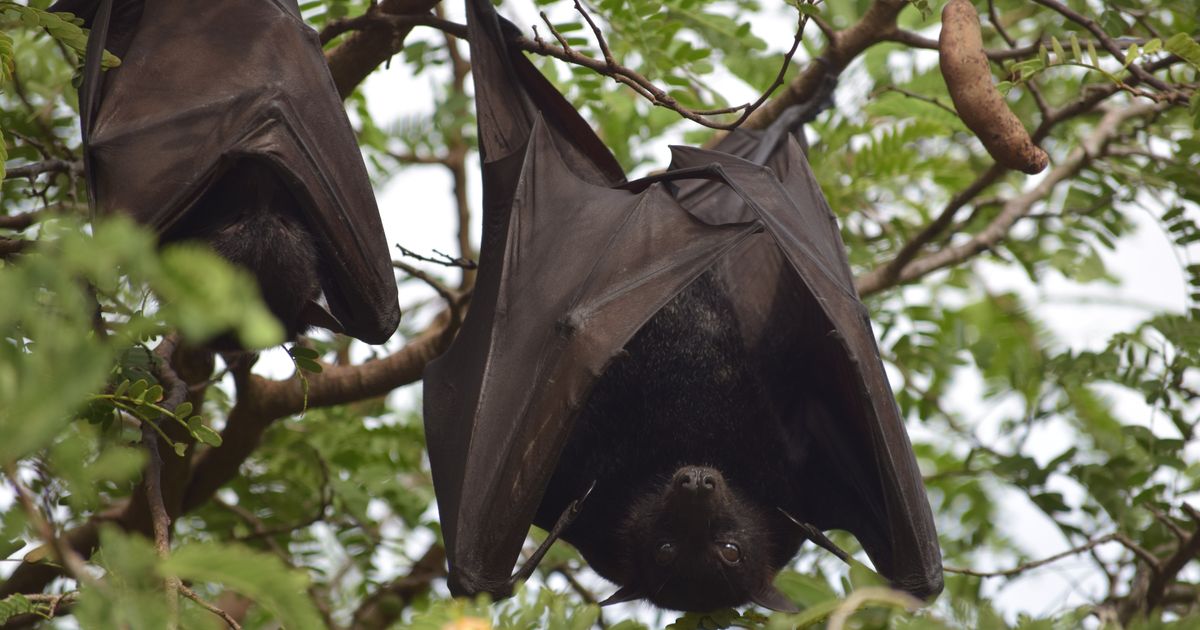 How global warming can cause other coronaviruses

EPIDEMICS – Like lice, viruses will jump very quickly from species to species in the next fifty years. 15,000 new viral transmissions are expected by 2070 under the effect of a warming of +2°C compared to the pre-industrial era, warns a new study published this Thursday, April 28 in the scientific journal Nature.

Viral exchanges that will inevitably lead to new zoonoses, diseases that are transmitted from wild animals to humans. A form of infectious disease that we know well now, because it is one of the preferred avenues to explain the appearance of Covid-19.

So what is the link with global warming? The researchers explain that zoonotic pathogens are dispersed by mammals fleeing their natural habitat. It is therefore a forced migration due to the increase in temperature. “These geographic shifts may facilitate the sharing of viruses between species that previously had no interaction, which in turn may promote the transmission of pathogens from wild animals to humans,” they write.

Viruses that already circulate between species

To predict these improbable interactions, the authors examined the evolution of the living places of nearly 4,000 mammals according to different climate scenarios by 2070. Even with warming below 2°C, the limit not to be crossed according to the Paris Agreement, ”it’s going to happen and there’s no turning back,” says Georgetown University researcher Gregory Albery, one of the study’s authors, at a press conference at which Le HuffPost has assisted.

The phenomenon is even already underway, are worried the scientists. With global warming already a reality, species are forced to flee from the hottest spots on the planet. Logically, the resulting viral evolution has already begun. To limit the spread, scientists call for maximum vigilance: “We must target the monitoring of future ‘hot spots’ on the planet”.

Monitor to limit the spread

Tropical Africa and Southeast Asia are particularly on the radar of scientists for three reasons. First, because of the exploitation of the land for intensive agriculture, which brings humans closer to animals whose habitat is disturbed. Then, these are areas with high human density where epidemics can spread very quickly. Finally, climate change is already visible there, as evidenced by numerous episodes of drought.

Another point of vigilance, the species which can incubate viruses transmissible to humans. The bat is well monitored by scientists. It is a host appreciated by pathogenic agents and capable of harboring viruses that can be transmitted to humans. This animal is at the origin of the Covid-19 pandemic, according to several scientific theses. But also many other zoonoses such as the Ebola, Nipah or Hendra viruses.

10,000 “potentially zoonotic” viruses are circulating today in mammals. Among them, it is impossible for the authors of this study to designate the future responsible for the epidemics to come. “There are risks of the spread of coronavirus and Ebola type viruses, but there may be surprises”, indicates Colin Carlson of Georgetown University and also author of this work.

attenuation climate is not enough

To limit the consequences of these viruses, “the reduction of greenhouse gas emissions (…) alone cannot reduce the probability of viral sharing due to the climate”, also add the researchers. Worse, a slow warming would even tend to accelerate the appearance of viruses. A slower evolution of climate change allows species to better adapt to it by dispersing. However, the more species migrate, the greater the number of first encounters with other species.

Clearly, limiting global warming will not be enough. To prevent these virus exchanges from becoming a pandemic, theurman must also reduce activities harmful to the environment, such as intensive agriculture and the trafficking of wild animals. “We also have to think about a better health system”, recalls Colin Carlson. The WHO and the UN have been defending the idea for years of linking human, animal and environmental health to prevent pandemics.

See also on The HuffPost: Global warming: at the poles, the other disaster that goes unnoticed