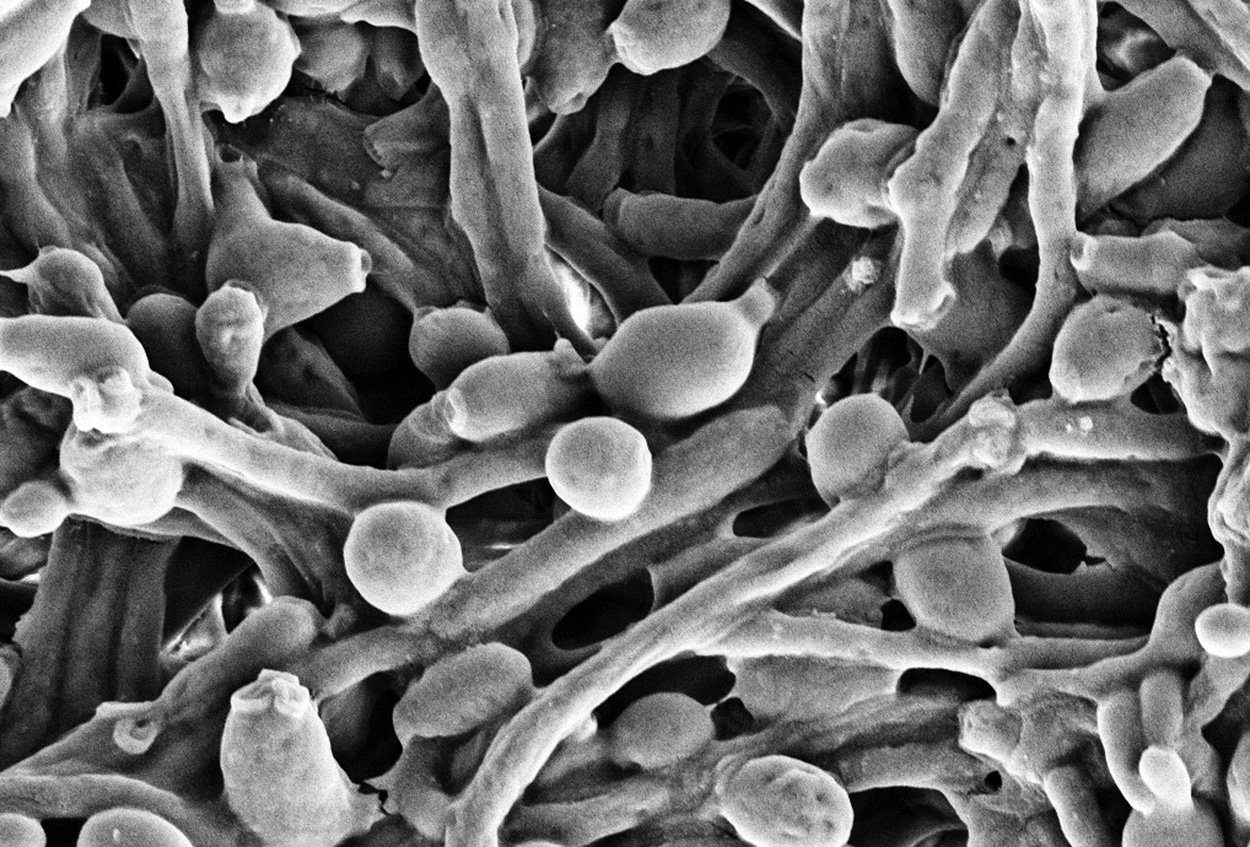 In addition to bacteria, fungi are also an important part of the microbiome in our intestines. However, some of them, including the yeast Candida albicans, can become invasive and cause inflammatory bowel disease. Researchers have now discovered that our immune system only attacks the invasive forms of these fungi, while promoting harmless variants of the same species. Both the fungus and its host benefit from this. The researchers have also successfully tested a vaccine on mice that supports the immune system in maintaining or restoring a healthy balance.

Trillions of microorganisms live in our intestines. They determine how we absorb nutrients, can prevent disease and even influence our mood. While bacteria have been recognized as important health aids in the intestine for years, fungi have so far been considered primarily as disease-causing agents. In fact, in many cases, they are implicated in diseases such as inflammatory bowel disease. To diagnose the intestinal disease Crohn’s disease, a blood test is therefore often used, which detects antibodies against certain intestinal fungi. But even in healthy people, fungi occur as a natural part of the microbiome in the intestine.

Targeted attack only on invasive forms of fungus

A team led by Kyla Ost from the University of Utah in Salt Lake City has now looked more closely at the role of mushrooms in the intestine. “Fungi have so far only been insufficiently researched, partly because they are far outnumbered by bacteria,” says Ost’s colleague June Round. “This work adds an important part to the overall picture.” In human stool samples, the researchers first analyzed which fungi and which antibodies against fungi were present in them. Accordingly, various yeasts were particularly dominant, in particular the species Candida albicans. Almost all of the samples also contained antibodies against this fungus.

A closer examination showed, however, that the antibodies only attack certain forms and products of the fungus: the elongated fungal hyphae and certain proteins, so-called adhesins, which help the fungi to adhere to surfaces and penetrate the body tissue. In contrast, harmless, round variants of Candida albicans did not attack the immune system. “Although the Candida albicans hyphae are typically required for the development of diseases, they are less suitable for intestinal colonization,” the researchers explain. In mice they showed that Candida albicans could even grow better in the intestine if the formation of hyphae was suppressed. “The immune selection against hyphae thus improves the competitive fitness of Candida albicans,” they write.

Kyla Ost explains: “The immune system forces Candida albicans into its least pathogenic form. This shows us that the communication between host and microbe is not always antagonistic, but can also be friendly and benefit both. ”This knowledge also opens up new approaches for therapies. In further mouse experiments, the researchers initially showed that it is in fact only the invasive form of Candida albicans that causes intestinal inflammation. In contrast, mice colonized by the harmless, round yeast cells remained healthy. The immune system’s antibody response usually maintains this healthy state by quickly recognizing and suppressing harmful forms. Disease occurs when this system is out of whack.

To help the immune system restore its natural balance, Ost and her colleagues tested the mice with a vaccination that was developed against vaginal fungal infections and has already undergone initial clinical studies in humans. The vaccination trains the immune system to target the harmful adhesin proteins of Candida albicans. Indeed, mice that received the vaccine were less likely to develop inflammatory bowel disease.

In further studies, the researchers want to clarify to what extent vaccines could also help prevent or alleviate inflammatory bowel disease in humans – and whether the same approach can be applied more broadly to influence other microbial communities in the intestine. “Our goal is to exploit the interactions between the commensal microbes and the host’s immune system in order to make microbial products useful for therapies,” says Round.