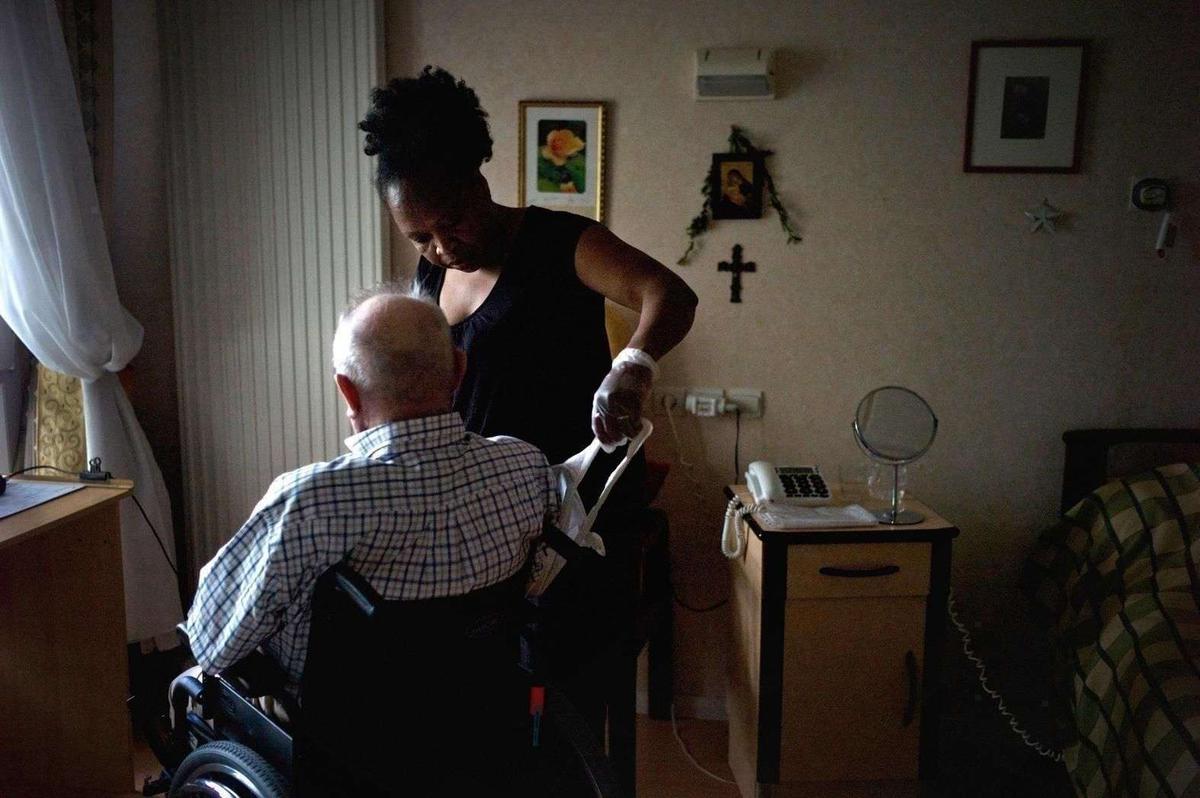 The US regulator announced Monday to authorize a new drug against Alzheimer’s disease. Is this a turning point?

By approving this week a treatment against Alzheimer’s disease, the American authorities have given an encouraging signal to relaunch research which has been sluggish for twenty years. But we are far from being able to cure the disease.

The American FDA Agency on Monday authorized a treatment for Alzheimer’s disease, called Aduhelm and developed by the American company Biogen. This is a first since 2003. And, even before, authorized treatments only responded to Alzheimer’s symptoms, not to the causes of the disease.

Biogen’s treatment seeks to destroy the plaques formed by certain proteins, called “amyloid”, in the brain of patients. By compressing neurons, they are one of the main factors in Alzheimer’s disease, which sees the patient irreparably lose his memory, and even his capacity for judgment.

Is this a turning point?

This is “a pivotal moment in the search for revolutionary new treatments against Alzheimer’s disease,” said Hilary Evans, director of the British foundation Alzheimer’s Research, in a statement.

Patients and their families finally have a concrete announcement after almost two decades of no new drug breakthroughs.

“This is a period during which we have made enormous progress in understanding the disease – how it manifests itself, why it manifests itself – and on its diagnosis”, especially at an early stage, relativizes Stéphane Epelbaum, neurologist and researcher at the Pitié Salpêtrière hospital in Paris. “But all these advances are difficult to transfer into therapeutic successes. “

During this time, the disease progresses, a consequence of the aging of the world population. The World Health Organization (WHO) reports at least thirty million cases worldwide, even if it is hard to distinguish Alzheimer’s from other dementias.

Can we now cure Alzheimer’s?

No, we are far from a miracle treatment. “I fear that there is an out of proportion hope for the effectiveness of the treatment” of Biogen, warns Mr. Epelbaum.

The drug, moreover very expensive at more than 50,000 dollars per year, is only intended for a small proportion of patients, at a very early stage of the disease. Then, even for them, it has so far proven only limited effectiveness.

It makes sense: Alzheimer’s disease does not usually progress quickly, and over the 18 months that Biogen’s treatment was tested, cognitive tests revealed only a small difference between the patients who received it. and those who received a placebo.

The group also sowed confusion by announcing in 2019 the failure of one of its tests before going back on its statements.

A committee of experts had recommended to the FDA to reject the treatment, but it did not follow it. However, it is far from certain that the EU and the United Kingdom, where Biogen has also requested authorization, will in turn approve it.

Should the Americans have waited? Not necessarily because their decision will make it possible to evaluate the effectiveness of the treatment in the real world, by measuring its ability to limit dementia for ten years, fifteen years …

What about other research?

They continue even if certain large groups, such as the American Pfizer in 2018, have given up betting on the Alzheimer’s niche. As such, “for manufacturers who are researching this disease, (the American decision) remains a good message because otherwise there is a real risk of simply abandoning the research”, judge Mr. Epelbaum.

Several American laboratories have, in any case, announced positive results this year. This is the case of Eli Lilly who also seeks to destroy amyloids, the dominant avenue of research in recent decades.

Some American start-ups are following other strategies and also collecting encouraging data. Annovis, for example, targets the so-called Tau proteins, also linked to Alzheimer’s. And Cassava tries to prevent the formation of amyloids instead of waiting to destroy them.

But in all three cases, these results remain incomplete, as they are carried out with small samples of patients. It will take several months, or even years, to know their effectiveness during tests on larger panels.

“No drug – as good as it is – will alone be the solution to Alzheimer’s,” neurologist Jonathan Schott of University College London concluded Wednesday on Twitter, emphasizing the prevention of dementias.