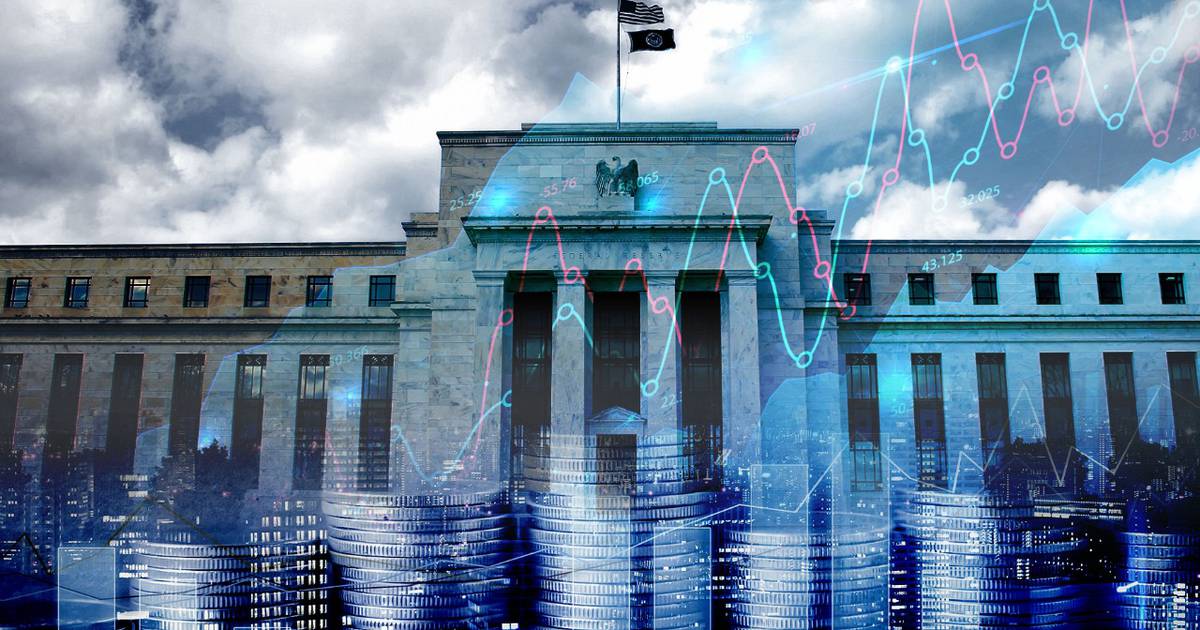 How does the gigantic increase in interest rates affect the world? – The financial

When the Federal Reserve raises interest rates, as it did on Wednesday, the impact of that measure is felt even outside the United States: it affects the merchants of Sri Lanka, Mozambican farmers and poor families around the world.

Not only are loans more expensive, but national currencies are devalued.

“It puts pressure on all kinds of developing countries,” said Eric LeCompte, executive director of the Jubilee USA Network, a coalition of organizations fighting poverty around the world.

The CEO of International Monetary Fund, Kristalina Georgieva, was so alarmed by the interest rate increases last month that he said that central banks must “be aware of the impact (of those measures) on vulnerable emerging (countries) economies and in development.

The IMF lowered its forecast for economic growth this year in developing and emerging countries to 3.8 percent, one percentage point lower than the forecast it made in January.

The “Fed” raised its short-term benchmark rate on Wednesday by half a point, taking it to its highest level since it began the pandemic two years ago, and said that it is possible that there will be new increases.

Interest rate increases in the United States affect other countries in different ways. For starters, they can slow down the US economy and reduce demand for imported goods.

They also affect the global investments. As interest rates rise in the United States, government and corporate bonds become more attractive to investors, who withdraw money from abroad and invest it in bonds. These reversals drive up the value of the dollar and devalue the currencies of other countries.

Devaluations are problematic because they raise prices, especially for imported goods. This is particularly worrying at a time like this, when there are supply problems and the war in Ukraine is affecting grain and fertilizer deliveries, driving up global food prices.

For protect your currencies, Central banks in developing countries tend to raise their own interest rates. Some have already started doing it. This has serious consequences: It reduces growth, generates unemployment and hits businesses that have debts. It also forces indebted governments to allocate more money of your budget for the payment of interest on debt and less to things like the fight against COVID-19 and poverty.

The IMF’s Georgieva says that 60 percent of low-income countries are already at or approaching an alarming level of indebtedness, where debt payments equal half of their economies.

Despite the danger of collateral damage, the Fed is expected to order further interest rate hikes this year to combat inflation in the United States. The inflation is a consequence of the economy’s unusually strong recovery from the recession caused by the coronavirus pandemic, which caught businesses by surprise and forced them to look for more employees and supplies to meet demand. The result of this has been product shortages, delivery delays and higher prices. In March, consumer prices rose 8.5% from a year ago. It was its highest increase since 1981.

The Fed aims to produce what is described as a “soft landing” for the economy, raising rates enough to contain inflation, but without triggering a recession.

Developing countries fear the Fed waited too long to intervene and will require stronger measures to curb inflation.

“It would have been much better if they mobilized when the problem started,” said Liliana Rojas-Suárez, a senior fellow at the Center for Global Development.

Historically, the Fed has not found it easy to produce soft landings. The last time he tried it was in the mid-1990s, when the Fed was headed by Alan Greenspan and his actions caused serious upheaval in many developing nations.

“The United States was able to curb inflation and avoid a recession,” Rojas-Suarez said, “but it created serious problems in emerging markets.” In fact, there were crises in Mexico, Russia and much of Asia.

Robin Brooks, the chief economist at the Institute of International Finance, says many emerging markets have much stronger economies now.

On the one hand, they bolstered their foreign exchange reserves, which central banks can draw on to back their currencies or meet debt payments in a time of crisis.

In the run-up to the financial crisis that Asia suffered in 1997-98, for example, Thailand’s reserves were equivalent to 19% of its economy and today they are 47%, according to the institute, which monitors the operation of banks.

Brooks points out that rising commodity prices benefit exporting countries, such as Nigeria (oil) and Brazil (soybeans). But many nations remain vulnerable to these financial shocks. Especially those that depend heavily on oil and other imported products, and have few reserves.

Rojas-Suarez estimates that Sri Lanka is one of the most exposed nations. Last month he suspended the payment of his debt and is negotiating a restructuring of the payment plan with the IMF. Tunisia, Turkey and Mozambique also face complicated situations.

Rising US interest rates don’t always spell disaster for developing countries. If they rise because the US economy is healthy, exporting countries will have more opportunities to sell their products to the US market.

But the consequences are very different when the Fed steps in to reduce growth and fight inflation, as it is now.

A heavy blow is dealt to countries that struggle to pay their debts, have many people who have not been vaccinated against COVID-19 and where food prices rise.

“It adds more pressures” on the economy, says LeCompte. “How Much Pressure Can Governments Withstand?”