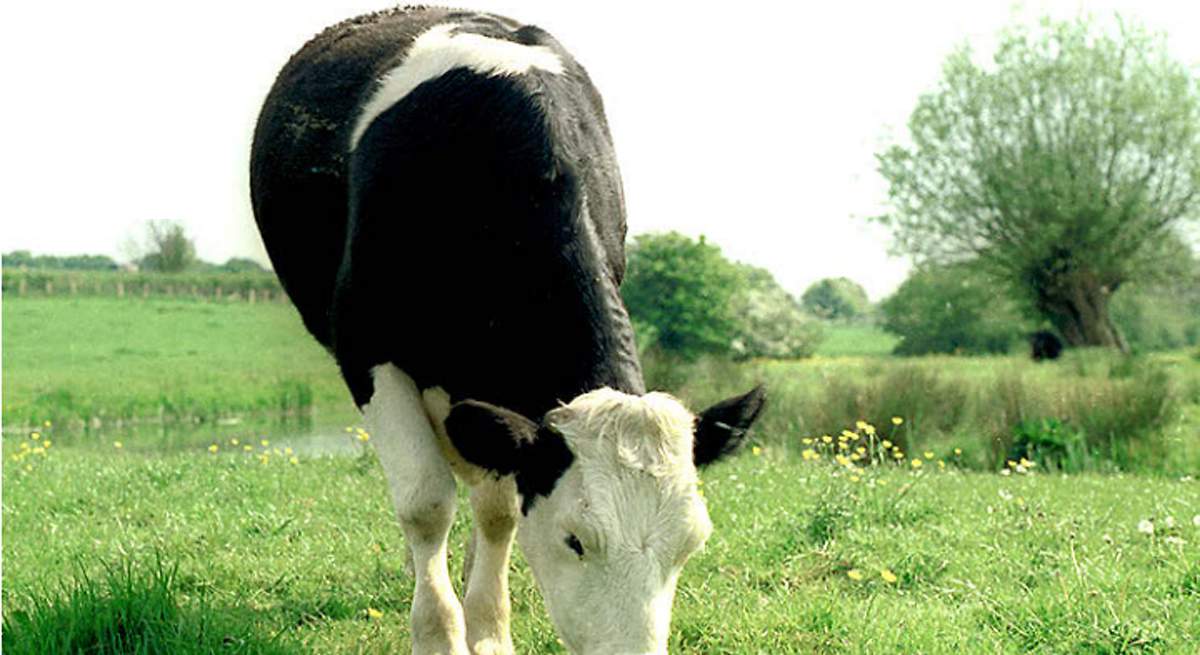 Plants have a fundamental role. In general, they are important in ecosystems because they allow the presence of herbivores, contribute to pollination and help water infiltration, among other benefits, which has a positive impact on habitats by functioning more efficiently.

However, what happens in the production of fodder for animal feed? Plant biodiversity has benefits for the rural environmentbut not always in relation to this production, which may decrease, according to the Biodiversity Exploratories research, carried out in 150 natural grasslands not located in crop fields and located in meadows where cattle enter for their food or the vegetation is mowed to make fodder for animal feed. These plots, in which the plant species are those that live in the ecosystem naturally, are representative of the different types of central Europe and are located in the German regions Schwäbische Alb in the south of the country, Hainich-Dün in the central area and that of the Schorfheide-Chorin biosphere reserve, the latter located north of Berlin. The research, in total, analyzes 16 different ecosystem services (benefits that ecosystems provide to society).

The study, which began ten years ago, reflects that lThe diversity of plants in the same plot can have negative effects on production. “For forage for animal feed, it is better to have a few highly productive species than many different species,” says Hugo Saiz, “María Zambrano” researcher at the University of Zaragoza, who has collaborated on this research.

Thus, the diversity of plants would reduce the provisioning ecosystem service by 29%(quality and quantity of forage). However, the quality and quantity of forage depend 49% on the intensity of agricultural activity (includes the use of fertilizers, grazing and number of harvests per year). “The effects are always positive because more agricultural intensity increases the amount of fodder.” However, if both variables are related, it is observed that diversity is three times more important than agricultural intensity.

See also  How to avoid 'visual noise' at home: 7 tricks to eliminate domestic anxiety in 2023

The decrease in forage production due to the greater biodiversity of plants would be offset by other positive effects by putting cattle in and/or fertilizing some species, specifically those that grow faster and produce more forage. Positive effects on pollinators, pest control or soil fertility are also observed.

In addition, the study, which analyzes both the prairie itself and the surrounding land, shows that the diversity around the plot does have a positive effect because “it surely acts as a habitat for beneficial species such as pollinators or pest biocontrols”, adds Hugo Saiz. Specifically, the decrease in quality and quantity of forage, taking into account the diversity of the environment, would be 8%. In this way, “promoting plant diversity is positive for all social groups in rural areas, without detriment to farmers,” says the researcher.

The research also analyzes the natural species of the grasslands to find out which are the most productive. “The species that produce the most dan are, above all, grasses such as lolium perenne (commonly called ryegrass or English grass, among other names) and poa pratensis (spikelet or Kentucky blue grass), as well as some legumes such as trifolium repens (white clover)”, says the researcher.

Plant biodiversity would have even more positive effects. For example, the diversity of plant species in the same meadow would have a 26% beneficial impact on surface regulating ecosystem services(pollination and presence of pests), a percentage that would be 13% if attention is paid to the biodiversity of the environment.

In the case of underground regulating ecosystem services(fertility and accumulation of soil water), the contribution of biodiversity would be equally positive: 2% if the plot itself is attended to and 5% in the surrounding meadows.

The positive effects of biodiversity are also observed in other ecosystem services, such as cultural (diversity of birds and flowers, which attracts tourists). The contribution would be 6%, taking into account the local environment and 33% in the areas around the meadows. “More diversity of plants increases the tourist attraction“, explains the researcher. Precisely, this would attract more tourists and boost the rural environment.

A statement that is verified in the survey of 321 people (farmers, hunters or tourists, among others), also carried out within the framework of this research to assess the demand for the different ecosystem services by the main interest groups of the plots in the study areas. This survey suggests that plant biodiversity has benefits for entire rural communities(from farmers to hoteliers”. For example, “people preferred to walk through places with more flowers and more colors because they thought it was more beautiful. The different colors are related to more diversity of plants. They are more attractive places for tourists”.

The results of this research are important because both biodiversity and species diversity are analyzed, in addition to be useful for the management of rural areas by highlighting the importance of different plant species and ecosystems for the inhabitants of the areas. “Information is key so that managers can make more beneficial decisions for rural areas.”

After the analysis of the data, the study, whose results could be extrapolated to other European regions, will continue. until the year 2026 in order to start seeing temporal trends to, for example, observe if any field improves if the management is done by the owner or if it is not fertilized or to know if the plots that have stopped being used are recovered, among other aspects.

See also  Many consumers are very concerned about high prices