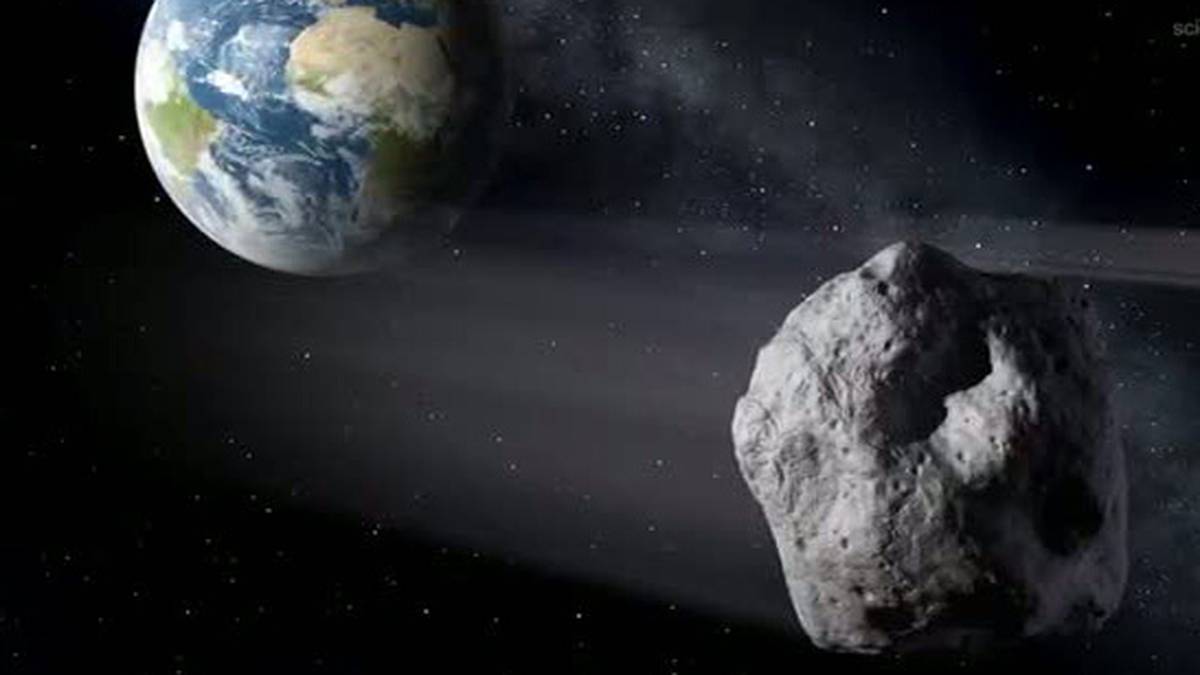 How dangerous are they for us and our planet?

Frascati/Noordwijk. They are leftover chunks from the formation of our solar system. Mankind would probably not have come into being without them – but is also threatened by them: Asteroids may have brought the basis of all life to earth – but an impact today could have devastating consequences. However, humanity is not defenseless. “This is the only natural disaster that we can calculate in advance,” says Detlef Koschny, asteroid expert at the European space agency Esa in Noordwijk, the Netherlands, on International Asteroid Day on June 30th. A shelling of asteroids as in blockbusters is no longer pure fiction. For certain chunks, however, there are immense observation gaps.

According to the US space agency Nasa, there are over a million known asteroids in our solar system, of which more than 20,000 are so-called Near Earth Objects (NEO) that cross our Earth orbit during their orbit. Two well-known events show what such chunks can do: On June 30, 1908, the shock wave of an asteroid explosion – probably – swept down millions of trees in Tunguska in Siberia in an area almost the size of Saarland. In view of this event, the United Nations later proclaimed June 30th International Asteroid Day. In February 2013, an asteroid about 20 meters in size and traveling at 66,000 kilometers per hour exploded over the city of Chelyabinsk. Around 1,500 people were injured by the blast, mostly from splintering window glass. Thousands of buildings were damaged.

Millions of years ago, however, such rock and metal chunks from space could have made life on earth possible in the first place. Models said there would be far less water on Earth if there hadn’t been an outside supply, Koschny explains. It doesn’t come from comets. “The type of water doesn’t fit. What’s left are asteroids.” It is at least a common theory that they brought water to Earth.

“The next question is: Is it possible that they may have already brought some organic parts to Earth?” says the expert. Man as an alien, so to speak? Not really. Certain organic substances may come “from outside”, but the further development towards life then happened on earth.

Warning protocols take effect from a size of 20 meters

The evolution of life on our planet was definitely strongly influenced by a later event: The impact of a twelve-kilometer-wide chunk in Mexico a good 60 million years ago is considered to be the cause of the extinction of the dinosaurs. That was the only reason why the mammals would have managed to assert themselves afterwards, says Koschny.

And today? Glowing objects are constantly visible in the night sky – dust and small pieces of rock from space that burn up in the atmosphere. “The total mass that comes down to earth is estimated at 100 tons per day,” says Koschny. Larger chunks can still pose a hazard. Warning protocols take effect from a size of about 20 meters, says the chief coordinator of asteroid defense at ESA, Richard Moissl, whose team works in Frascati near Rome.

See also  The owner of TikTok has created an unusual gadget. The price is amazing too.

Currently unclear how the asteroids can be monitored

Esa and Nasa want to research asteroid bombardment as a possible defense option. The NASA probe “Dart”, which has already been launched, is to hit the smaller chunk of a double asteroid in September and slightly shift its orbit around the larger one. The ESA mission “Hera” is scheduled to start in 2024 and take measurements there.

“This so-called kinetic impact is considered the most promising technology because we already have it,” says Moissl. The procedure depends on the advance warning time and the size of the object. “The last option is to use nuclear weapons, because that’s the greatest available amount of energy that you can deposit in an object in the shortest possible time.”

However, the experts still see gaps in the monitoring of asteroids. According to Koschny and Moissl, the observations are still almost exclusively made from Earth. “In the future we will need space-based telescopes to have a better early warning system,” says Moissl. “We have to close observation gaps.” The big chunks are not the problem. “The objects we all think we know,” says Koschny. “What is an existing threat is in the range of 20 to 40 meters.” With a 40-meter object over a larger city, you would have to evacuate it – and in this size range you only know a few percent of the possible candidates.

But people don’t have to be scared and anxious at the moment. “I can rule out a threat to civilization at the moment,” says Koschny. And Moissl doesn’t see anything serious coming down to earth at the moment either. “I can actually sleep very well at the moment.”

See also  Android 12: If your phone shows a camera or microphone icon, someone may be spying on you