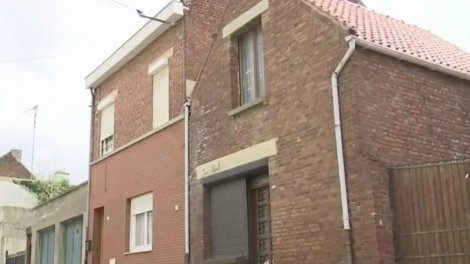 “House of Horror”: one of the abused children recounts the hell suffered

©The “house of horror” in Noyelles-sous-Lens, in Pas-de-Calais (BFM TV screenshot) 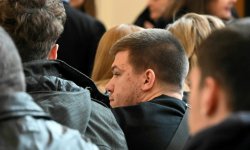 Tuesday, January 24, appear the parents of the “house of horror” in Noyelles-sous-Lens, in the Pas-de-Calais, for acts of abuse on eight of their ten children. Bryan, one of them, testified to his years spent under beatings and humiliation at the microphone of BFM TV.

“Blows with sticks, safety shoes, whippings…” At the microphone of BFM TV, Bryan, one of the children of the “house of horror” in Noyelles-sous-Lens (Pas-de-Calais) detailed the violence inflicted by his parents for years, on him as on seven of his brothers and sisters. “The one who received the most was the little one aged six or seven, he continues. He was the scapegoat. I thought one day I would receive a call saying that he was seriously injured or dead”he testifies in remarks collected several months ago but revealed on Tuesday, January 24.

“I don’t even wish my worst enemy what we have been through”, says the young man, his voice trembling, before his parents went to court. This Tuesday, January 24, the two parents appear before the Béthune criminal court for acts of abuse on eight of their ten children. They are suspected of “violence by ascendant” on minors under the age of 15 and “subtraction by a parent from his legal obligations”.

“Without my parents having any regrets”

“I saw my little brother Mattéo, 16, hit his stomach head-on with a scooter helmet, fall to the ground, unable to breathe. Always without my parents having any regrets, continues the young man, tears in his eyes. I don’t want to see my sisters tied to a chair, full of excrement, 11:30 p.m. on 24″.

The hell ended when a call from one of the elders to social services, on August 30, 2022. The next day, the police discovered two of the cadets “attached” to their high chair”in a deplorable state of hygiene”, according to the words of the prosecution, reported by Ouest-France. The 44-year-old father and 40-year-old mother face up to five years in prison and a €75,000 fine.