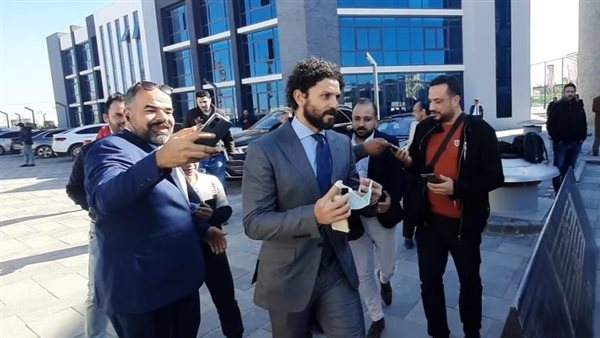 Muhammad Shabana said on his “Box to Box” program, broadcast on Al-Ahly satellite channel, etc.: “Mahmoud Al-Khatib, Chairman of Al-Ahly Club and the supervisor of the club’s football file, decided to hold a private session with Al-Ahly coach Petso Mosimane.”

He continued, “The president of Al-Ahly club, Hossam Ghaly, commissioned a session with Musimani and Abdel Hafeez yesterday at the Touch Stadium to find out the reason for Musimani’s exciting statement, and then presented the result of what Ghaly reached to the Al-Ahly administration before the expected meeting between Al-Khatib and Musimani.”

He continued, “The session comes to investigate with the coach about his statements he made during the past hours regarding the lack of knowledge of Kahraba’s departure from Al-Ahly for the Turkish Hatay, and that the Al-Ahly administration decided the player’s departure.”

And he continued: “An official source revealed that Musimani expressed his strong anger during his conversation with the support apparatus because of Ghali’s presence and asking him questions about what he had done regarding Kahraba’s departure and his preparations to participate in the League Cup.”