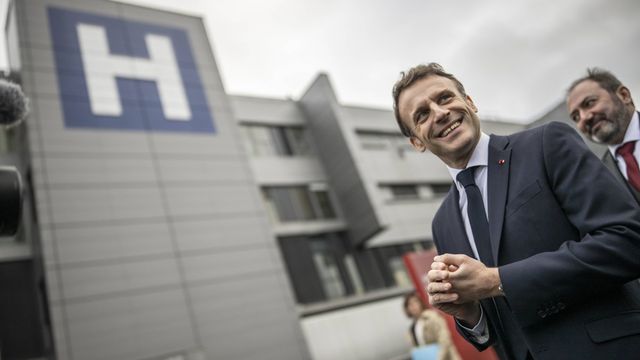 It is a highly anticipated speech that Emmanuel Macron delivered this Friday on the occasion of his wishes to caregivers from a hospital in Essonne. The Head of State first called for “getting out of this day of endless crisis” in the health sector. “I know the personal and collective exhaustion, this sometimes feeling of loss of meaning that has set in, the feeling deep down of going from one crisis to another,” he said, calling for ” go much faster, much stronger and make radical decisions”.

Emmanuel Macron recalled the measures of his first five-year term, such as the abolition of the “numerus clausus” which capped the number of medical students, decided in his 2018 plan. Or the “Ségur de la santé” which, after the eruption of the Covid-19 pandemic in 2020, had made it possible to inject 12 billion euros annually to better pay caregivers and 19 billion to invest in hospitals.

But from his campaign for his re-election in the spring, he had recognized that it was insufficient. “The answer is not simply more resources. […] We do not train doctors in one or two years, ”he said on Friday. “We will take a decade” to make “in-depth” changes and we will have to “live in the years to come” with this shortage of caregivers, he warned.

The Head of State judged that the “collective challenge is in the short term to free up time for caregivers in front of patients”, “save medical time” thanks to better “cooperation between administrative staff and caregivers, caregivers and paramedics, and between the city and the hospital. He thus promised to “accelerate the recruitment of medical assistants” created in 2018 to bring them from “nearly 4,000” currently to “10,000 by the end of” 2024.

See also  what can the government do now

Emphasizing that the places open to nursing competitions had increased by “more than 20% in three years”, the Head of State undertook to “go even further”. But he expressed the need to work on the organization of studies, which too many students leave along the way, and advocated “a more empowering system” at the end of the course, so that nurses stay in the hospital.

A reorganization of work in the hospital

Emmanuel Macron called for a reorganization of work at the hospital “by June 1” to make it more attractive. “We must do everything to keep caregivers” in the hospital, he stressed. “Which means that we must work together on a better organization of working time”, he added, deploring a “hyper-rigidity” in the application of the 35 hours and a system which “only works ‘with overtime’.

“The service must once again become the organic and human unity in order to be able to organize things,” he said.

The Head of State also wants to launch the “construction site” of the remuneration of night work in the hospital, while a nurse, for example, is only paid one euro more per hour at night than during the day. “The challenge for the next few months is to succeed in keeping caregivers in place,” Emmanuel Macron told staff tempted to throw in the towel.

A doctor/administrator “tandem” at the head of hospitals

To put caregivers back in control, the Head of State explained that an “administrative and medical tandem”, “on the basis of a project”, would be set up at the head of each hospital. “For a very long time we said “it should not be the caregivers who run the hospital, it must be the administrators”. Afterwards, we said the problem is the administrators who lead, ”he said.

See also  Hospital: the government is attacking the medical interim

Get out of the maligned activity-based pricing

Emmanuel Macron announced the pure and simple “exit” from the next Social Security budget of the much criticized fee-for-service (T2A) in hospitals. He intends to move “towards new funding” which would be based on “public health objectives negotiated at the scale of a territory”.

“No one can bear that establishments are in visible competition any longer”, argued the Head of State, referring to a T2A which “creates a lot of dysfunctions in the system” and “takes bad account of unscheduled care” , as well as care “which takes time, pediatrics is a very good example of this”.

On the city medicine side, in the midst of a strike by general practitioners for an increase in the price of the consultation, the Head of State proposed to “better remunerate” the latter when they “provide the permanence of care” and “take charge of new patients”, so that the French “easily find a doctor on call”.

For patients with chronic disease without doctors

Responding to a repeated request from general practitioners, Emmanuel Macron said he wanted to “continue to delete all unnecessary tasks, such as certain certificates”.

“Freeing” medicine from a distance

He also pleaded for the liberalization of “tele-expertise”, criticizing the existing 20% ​​threshold. Currently, a doctor cannot carry out, over a calendar year, more than 20% of his volume of activity remotely (cumulative teleconsultations and tele-expertise).